Molly Conger, a journalist who has argued that Antifa is peaceful, was arrested for participating in the riots in Richmond, Virginia. 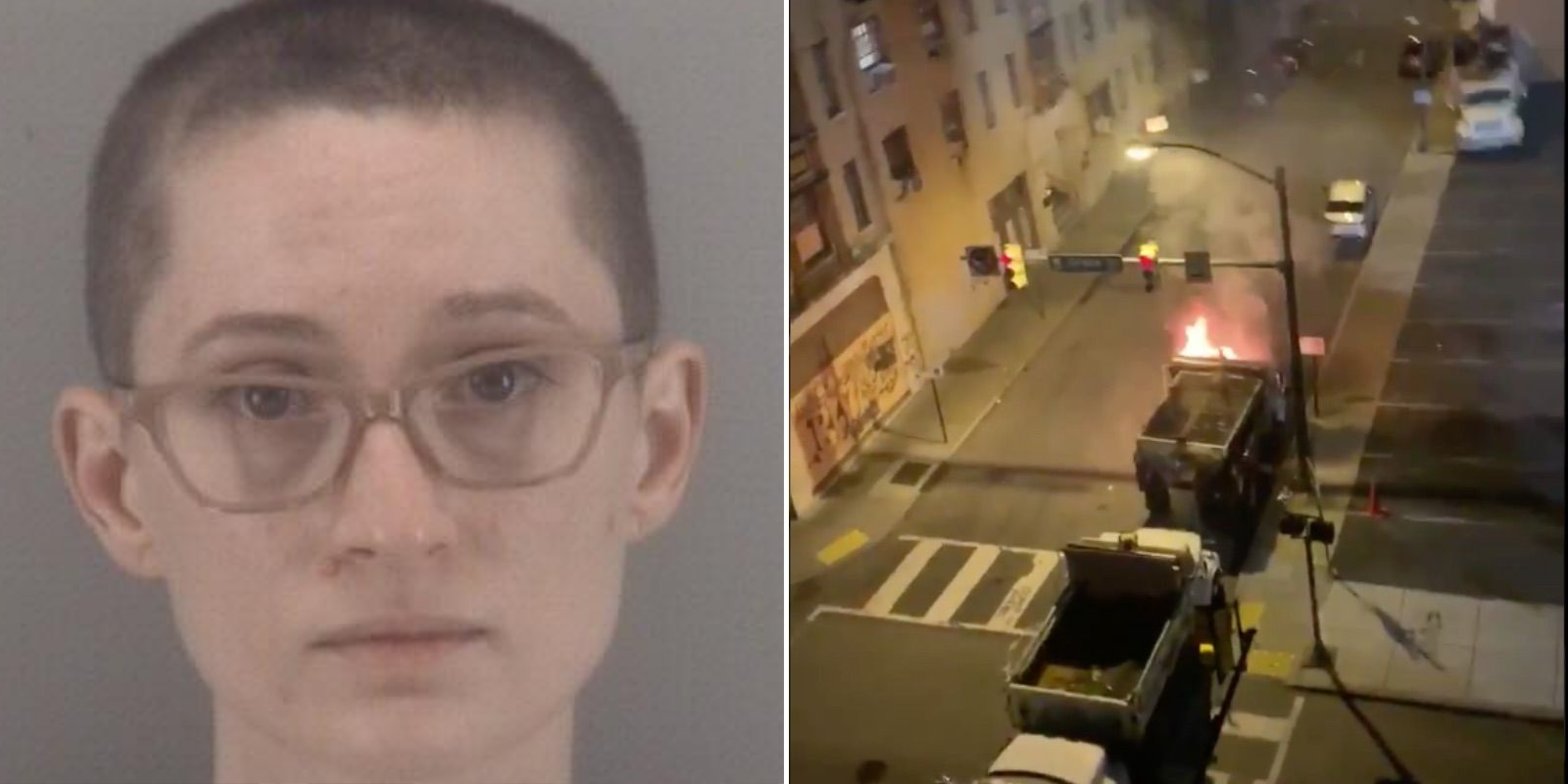 Molly Conger, a journalist and communist activist who has argued that Antifa is peaceful, was arrested for participating in the riots in Richmond, Virginia on Monday.

Conger responded to Ngo's reporting of her arrest, accusing him, with no evidence, of placing her on the neo-Nazi Atomwaffen Division's kill list.

"[A]ndy [N]go knows full well his followers will threaten to shoot me in the head. that's why he posted it. [H]e loves making kill lists," Conger tweeted.

This isn't Conger's first dispute with Ngo. She has repetitively called him "a threat to our community," a "grifter... who provides kill lists to [A]tomwaffen."

Conger was among the 20 rioters arrested. A self-proclaimed communist, she was charged with misdemeanor trespassing, "which is slightly more serious than treason," she tweeted.

She had said that most anarchists she knows spend their organizing energy feeding people and writing letters to the incarcerated. She let former Vice President Joe Biden know that "they're actually pretty chill" when he advocated for their prosecution.

Notably, the 2019 Dayton mass shooter was a fan of Conger's tweets. Connor Betts, who was @iamthespookster—now suspended on Twitter—had described himself as an Antifa sympathizer and responded several times to Conger's rhetoric.

Conger had also lost her columnist position last year at C-Ville Weekly for writing an opinion piece that outed newly-promoted Charlottesville police officer Logan Woodzell, asserting that the promotion showed "poor judgment" and "a disregard for the concerns of a community."

Woodzell was seen posing in a viral photo with James Napier of the neo-Confederate group The Hiwaymen and Tammy Lee of American Freedom Keepers, one of the militia groups sued by the city for its involvement in the Unite the Right rally, Conger reported.

A lawyer from the local police union then threatened the paper with a defamation lawsuit.

"[T]he image of a charlottesville police officer with his arm around members of a white supremacist militia is a perfect illustration of a department choosing over & over to ignore the community it serves. [I]t’s a picture of willful ignorance and complicity. [O]f harm through inaction," Conger stated in a Twitter thread.

Conger continued the anti-Charlottesville Police efforts in her Guardian column.

"The officer could have been any member of his department," Conger wrote, summarizing her "All Cops Are Bad" mentality.

The Post Millennial reached out to Conger for comment but has not heard back at the time of publication.