After more than two months of unrest and drastic crime increases in America's major cities, witnesses were called before Senate to discuss what's actually happening. 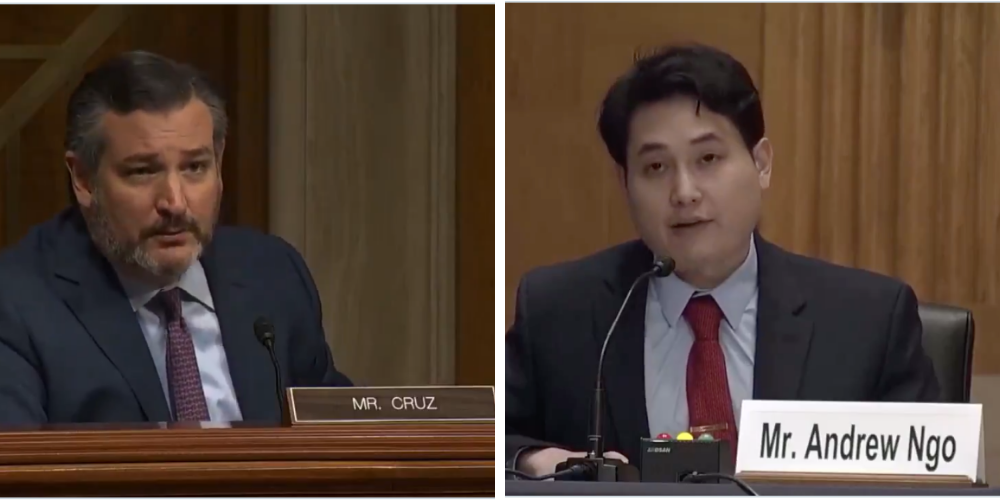 Senator Ted Cruz convened a hearing in the US Senate today to try to get to the bottom of just what fresh hell is happening in the US right now. After more than two months of unrest and drastic crime increases in America's major cities, witnesses were called before Senate to discuss what's actually happening.

Much like a hearing that was convened before the House of Representatives with Rep. Jim Jordan, representatives from the other side of the aisle refused to touch on Antifa or leftist violence, choosing instead to note all of their concerns with white supremacist groups. Senator Mazie Hirono would not acknowledge that Antifa is violent.

Despite the incessant violence that has been plaguing Oregon, specifically Portland, Senator Ron Wyden, a Democrat from that state, said that the riots were "overwhelmingly peaceful."

He went on to speak about the courageous "wall of moms," who were decried by BLM activists as racist.

Cruz had no problem condemning the white supremacists and their violence.

Andy Ngo, editor-at-large for The Post Millennial, spoke about his research on Antifa and the violence stemming from leftist agitators.

"Antifa has mastered the art of making its violence appear innocuous. For example projectiles that look like water balloons can be filled with chemicals. Small sling shots can be used to project rocks, glass, and ball bearings into police lines. Umbrellas can be fashioned with discreet pocket knives. Powerful handheld lasers can cause serious damage to the eyes.

"Antifa and its allies have made rioting an art form in Portland. They have access to rich streams of cash flowing from platforms like GoFundMe, Venmo, and CashApp. Any conspirator arrested in Portland is instantly bailed out and ready for the next time of violent protest.

"I come to you today for senators of both parties. Antifa's goal is not only to abolish the criminal justice system, it is to bring down the republic itself. 'Burn it down,' they say. But don't take my word for it. Go read their literature, listen to their chants, and look at their graffiti messages. Portland is the canary in the coal mine for America. Look to my city to see what happens when a group like Antifa is left unchecked."

Ngo has learned this from studying their tactics and going undercover with the group. He said that "I have made Antifa my beat, and that makes me a target."

As Cruz pointed out, they revel in it, giving funds to groups that would knowingly destroy them if they could. Many American companies have given money to groups that decry their existence, yet demand their money.

But when Senator Hirono had a chance to offer her condemnation of Antifa, she simply walked out of the room.

She said that Republicans are politicizing the deaths of black police officers, but does not believe that she was making a political point when she brought up a rioter who was injured with non-lethal munitions.

"I hope this is the end of this hearing, Mr. Chairman, and we don't have to listen to any more of your rhetorical speeches. Thank you. I'm leaving."

She gathered her things and began to leave. Cruz asked if she would denounce Antifa, as he had denounced far-right groups. Hirono declined.

The left continues to refuse to address the violent agitators within their ranks.