A Black Lives Matter group involved in the Portland protests with links to Antifa is accusing the "Wall of Moms" of anti-black racism. 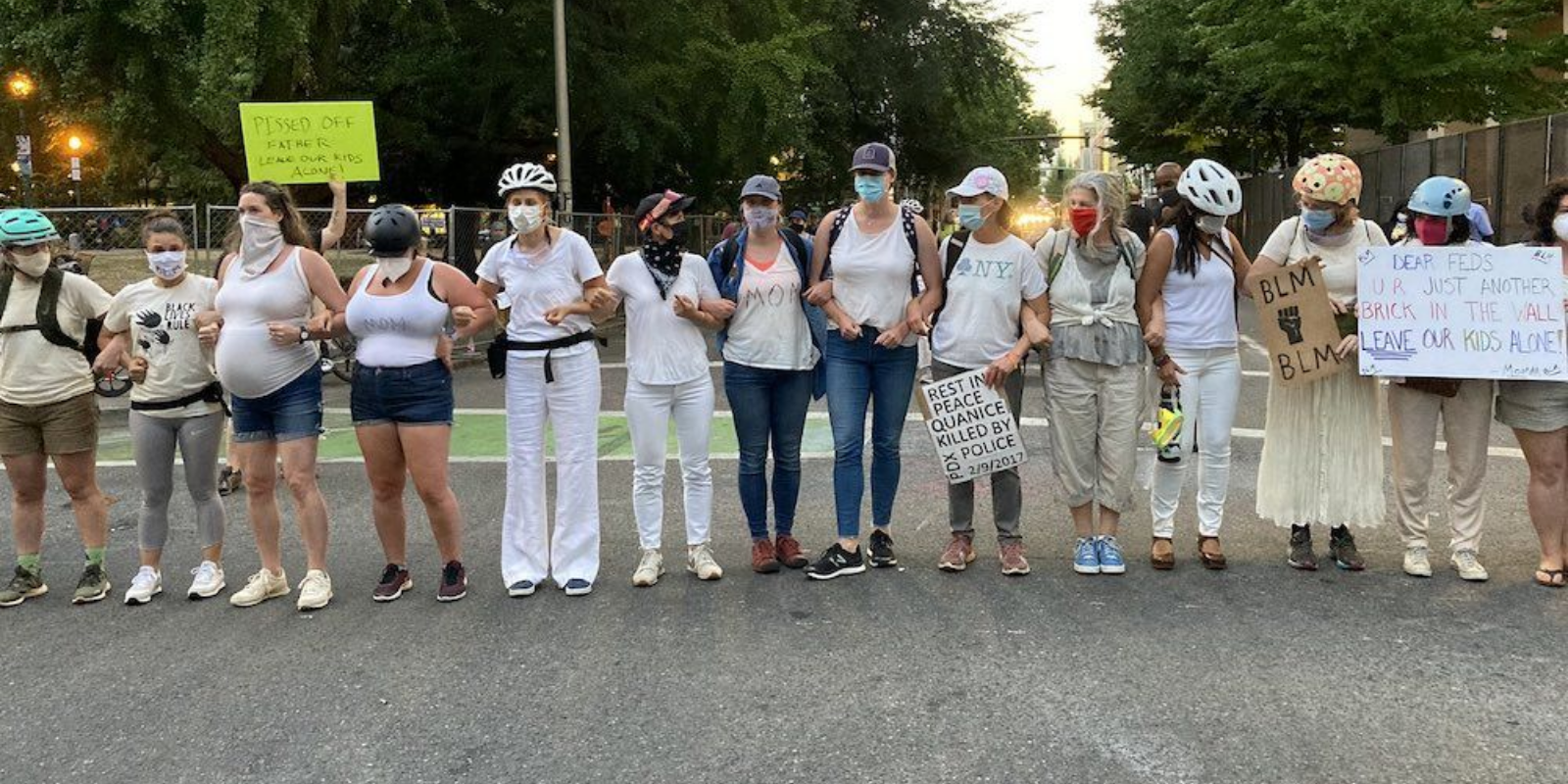 A Black Lives Matter group, involved in the Portland protests with links to Antifa, is accusing the "Wall of Moms" of anti-black racism.

Don't Shoot PDX posted on Instagram yesterday that the "Mom mob" had left "vulnerable Black women downtown after marching" and failed "to support those on the ground that put trust in them."

Black women within the Don't Shoot PDX group had addressed their safety concerns about reliable communication and transportation at the moment's need.

"This was all done in privacy and without the knowledge of the Black leadership WOM was claiming to implement," the BLM organization went on. "The lies are finally clear and we are sad but ultimately not surprised that anti-Blackness showed it’s ugly face with Wall of Moms."

"Once these registration filings with Secretary of State came out, it became more clear - WOM was not started for BLM, but to get the feds out of PDX," Don't Shoot PDX bluntly stated.

None of the Black leadership in WOM, supposedly involved in executive decisions, were informed about their recent actions, Don't Shoot PDX continued.

"Combined with a lack of care for and disregard of Black women, we were used to further an agenda unrelated to BLM," the group asserted.

"Please do not support this organization anymore. We need everyone to show up against racism, but it’s even more crucial to prioritize transparency and accountability," Don't Shoot PDX concluded.

The Wall of Moms had made their mark when 30 Karens formed a human barrier between protestors and federal agents outside the federal courthouse in Portland, chanting "Feds stay clear, moms are here."

Now, WOM's motherly love is not as embraced arm-in-arm.

After facing the fiery of a mother's wrath, the BLM organization clarified in an edit that they are not against moms themselves.

"EVERYONE HAS A PLACE IN ORGANIZING. WE ARE NO LONGER IN SUPPORT OF WOM LEADERSHIP," Don't Shoot PDX prefaced the original Instagram post.

Soon after, the official Wall of Moms account rebutted on Twitter: "Defer to BLACK voices. Shield BLACK bodies. The people who joined this movement of mothers did so under that understanding."

However, it was WOM's founder Bev Barnum who "decided to BREAK that social contract."

The mother movement acknowledged that all admins of color for WOM's Facebook, including prominent black activist Teressa Raiford, were removed. Then the Wall of Moms conceded to betraying Don't Shoot PDX after the BLM group had legitimized WOM.

Barnum had allegedly directed the Moms to leave the frontlines, "leaving vulnerable the very Black lives this movement was created to protect."

The retreat was to supposedly evade a liability lawsuit in case of a protestor injured on the nonprofit's watch.

"[T]his is had grown beyond that call," Barnum wrote on Facebook. "BLM is now one part of WOM. There are so many needs to be met."

Barnum boasted that WOM had absorbed BLM, another instance of the Left cannibalizing itself. WOM is now a 501c3 organization that will build chapters nationwide mobilized by black, Jewish, and Native American leaders, she cheered.

"When did this become about Bev? I thought this was about black lives," the WOM "resistance" tweeted back with screenshots of Barnum's rallying cry.

The Wall of Moms reduced the impasse to a "cautionary tale."

"DO BETTER THAN BEV. Put and KEEP Black people in leadership. DEFER TO THEM. This was not meant to be a 'brand,'" WOM advised to all "Wall groups" that have spawned from the protests.