Adan was arrested for second-degree murder constituting domestic violence and unlawful use of a weapon, and is currently being held without bail. 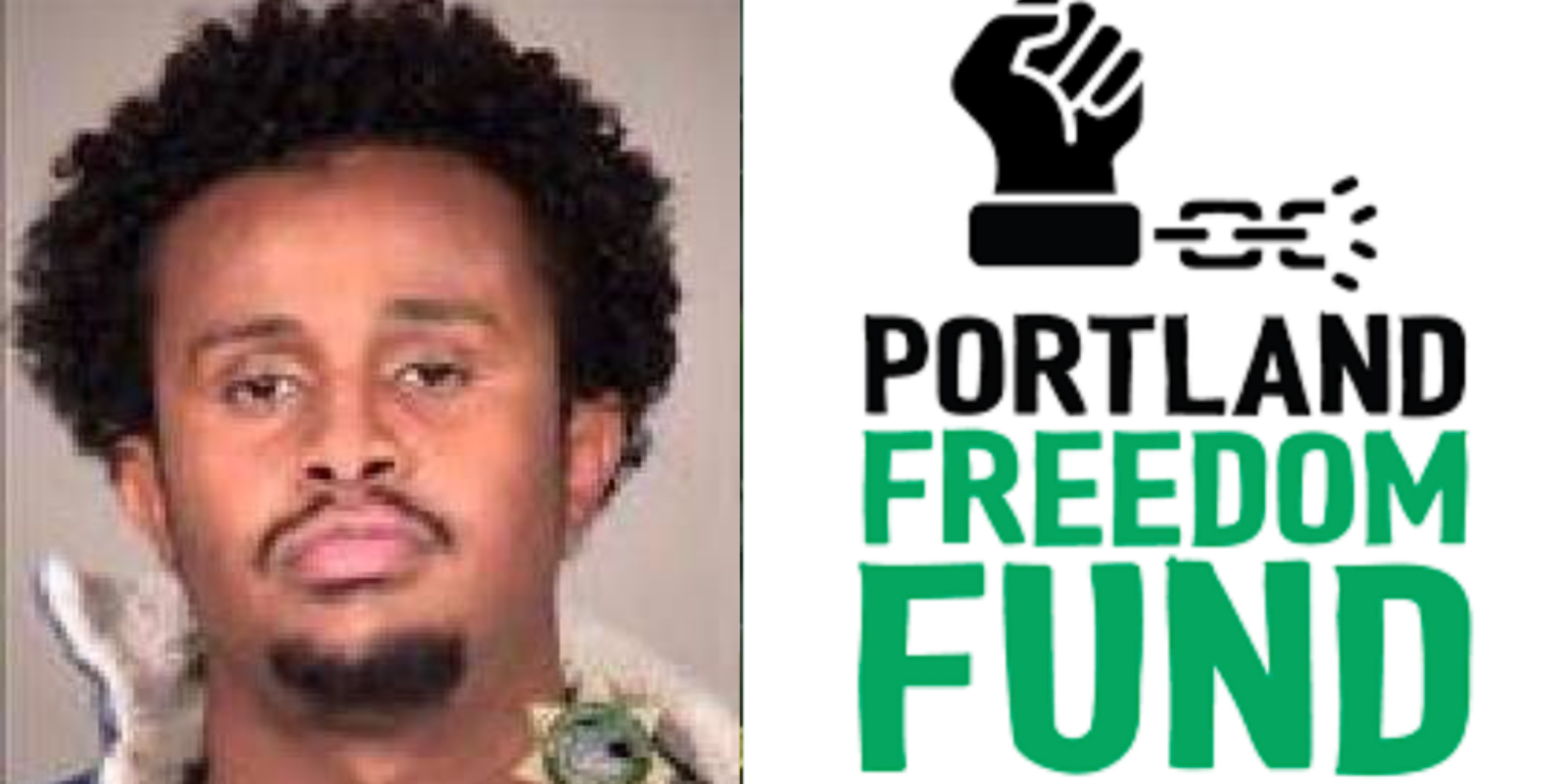 In mid-August, Mohamed Osman Adan was freed from custody after the pro-Antifa Portland Freedom Fund helped post his bail. Just days later, Adan was charged with her murder.

He had been initially arrested for allegedly violating the terms of a no-contact order that had been brought against him following a domestic violence-related incident with the mother of his children.

According to OregonLive, police received reports of a domestic disturbance at the home of 37-year-old Rachael Adan Abraham on Saturday morning. Three hours later, Adan himself called 911 and announced that she was dead.

When police arrived, Adan was found sitting downstairs with his three children. Abraham's body lay under a sheet in one of their bedrooms next to a bloodied kitchen knife.

According to police, Abraham's cause of death was "manual strangulation."

Adan was arrested for second-degree murder constituting domestic violence and unlawful use of a weapon, and is currently being held without bail.

On August 10, Adan was arrested for allegedly removing a GPS monitor he had been ordered to wear, and entering the home of Abraham, who he had a long history of abusing.

As OregonLive reports, Portland Freedom Fund president Amanda Trujillo is listed as paying $2,000 of Adan's $20,000 bail ten days later, thus allowing him to avoid being held in jail despite the judge citing numerous risks he posed to the community.

"Our prosecutors aggressively pursued a high bail amount in this case," he said, adding that "Mr. Adan's intent to kill the victim was unambiguous."

"After the judge set Adan's bail, the Portland Freedom Fund undermined our efforts and the efforts of the court to save the victim’s life by using their resources to bail him out ... with tragic results."

The Portland Freedom Fund describes itself as a "volunteer-run abolitionist organization currently dedicated to reducing harms perpetuated against our Black, Brown and Indigenous neighbors by the criminal justice system through posting bail so they may navigate their case from a position of freedom."

They have a long history of helping out high-risk offenders. Earlier this year, they helped cover the $2.1m bail set for Malik Muhammad, an Indiana-based Antifa member recently sentenced for attempted murder as a result of a firebombing attack during the 2020 Portland riots.