ANDY NGO REPORTS: Portland street mob shoots at elderly driver, accidentally kills one of their own

In addition to the elderly man who appeared to be shot, two participants of the takeover were also injured by gunfire, leading to the death of 20-year-old Cameron Taylor. 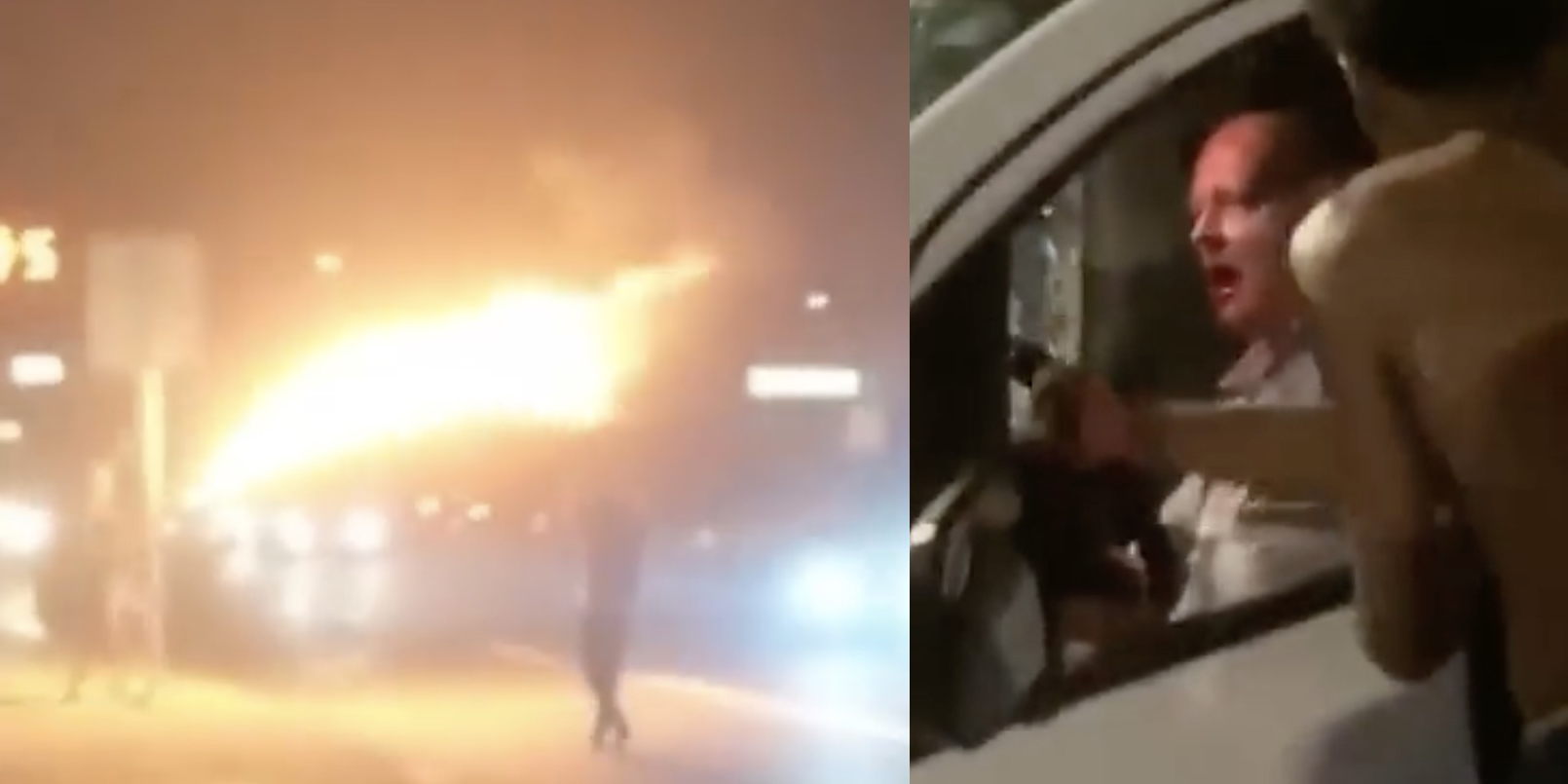 Shocking video has emerged on social media showing scenes of deadly and fiery chaos at lawless street occupations in Portland, Ore. over the weekend.

At one of the street racing takeovers on Sunday night near the Expo Center attended by hundreds, an elderly man in a van appeared to be caught in the road before being violently attacked by an armed mob. Video posted on social media shows that as he desperately attempted to reverse and drive away while being attacked, he backed into a car.

A man in the crowd then fires at least 18 rounds at his fleeing van. A follow-up video shows the crowd catching up with the elderly man who had stopped on a patch of grass. He appeared to be in shock and was bleeding heavily.

"There were hundreds of people and cars in the area participating in an apparent illegal street takeover event, making it difficult for officers to respond and investigate the shooting," Portland Police said in a press statement announcing that no arrests were made.

In addition to the elderly man who appeared to be shot, two participants of the takeover were also injured by gunfire, leading to the death of 20-year-old Cameron Taylor. A $20,000 GoFundMe campaign for his funeral says he was "struck by a stray bullet."

On Twitter, Antifa accounts have been promoting the fundraiser. Antifa in Portland have expressed support for street car takeovers as they have become more frequent following the Antifa-BLM riots in 2020. Antifa view it as one of the ways to undermine law and order, and use up police resources.

"My boys (sic) lifelong friend was killed last night at the street takeover," said Portland Antifa account "@burn_itdown_161" in a post promoting a candlelight vigil and GoFundMe for Taylor on Monday.

The deadly street takeover near the Expo Center wasn't the only street racing event on Sunday. There was another simultaneous takeover at the intersection of Northeast 72nd Avenue and Sandy Boulevard. Video posted on social media of that occupation shows cars spinning on the road while a person uses a flamethrower to blast fire into the occupied street.

A resident in the neighborhood told local news station KOIN that there were around 500 people at the occupation.

The events on Sunday stretched local law enforcement to breaking point as police struggled to respond due to multiple other shootings in the city. Police made no arrests in either street takeover incident.

"Officers will respond as they become available and it is safe for them to do so," a spokesperson said in an email to The Post Millennial.

Portland is continuing to experience a historic and unprecedented surge in shootings and homicides in the city since the Antifa-BLM riots of 2020 decimated law enforcement numbers. 2021 passed the city's record number of homicides and the current year is on track to match or surpass that.

Mayor Ted Wheeler's office has been reached for comment.