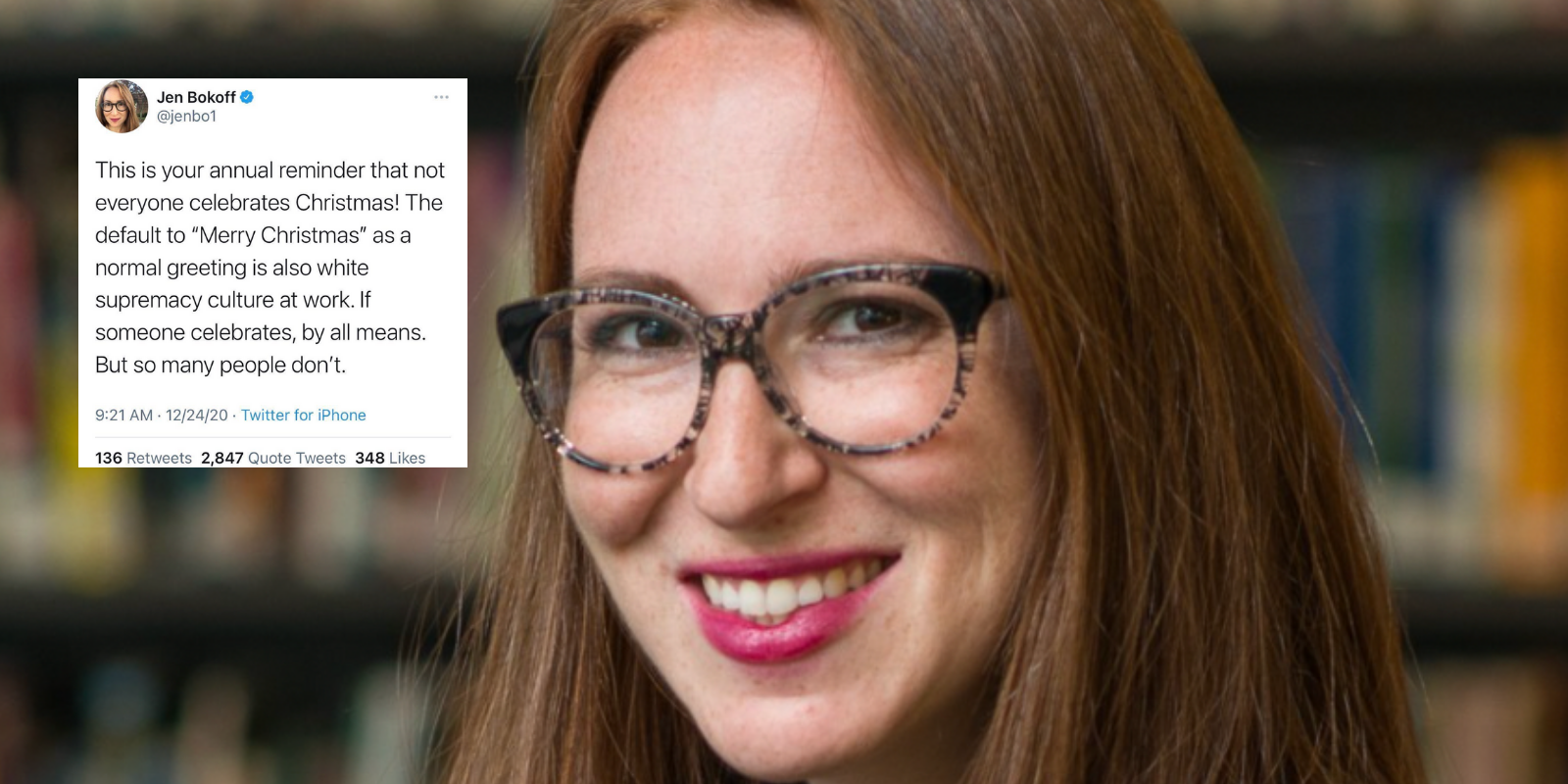 "This is your annual reminder that not everyond celebrated Christmas! The default to 'Merry Christmas' as a normal greeing is also white supremacy culture at work. If someone celebrates, by all means. But so many people don't."

There exists speculation that Bokoff locked her Twitter account so quickly after the post in question because of the flood of negative backlash she was getting on it:

"(Not photoshopped or a parody) Merry Christmas @jenbo1"

"Merry Christmas," the caption on the photo reads, "How white people feel when lecturing other white people," featuring an image of a Game of Thrones character adored by throngs of desert horsemen.

Of course, white people are not the only ones who have a voice on Twitter. One Silia Robles wrote:

"Feliz navidad!! Thats what us hispanics who live on the border say to each other. But uh yeah white supremacists."