Some people did something. 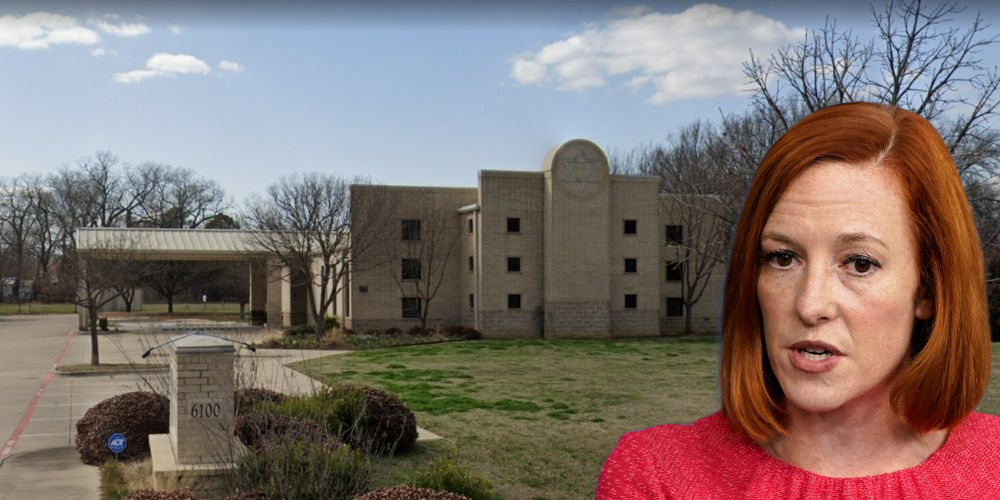 White House Press Secretary Jen Psaki and the Biden administration have been slammed for refusing to properly describe the hostage situation in Texas, where a suspected Islamist jihadist took hostage a Jewish synagogue in Colleyville, a Fort Worth suburb.

In a post on Twitter, Psaki wrote, “[The President of the United States] has been briefed about the developing hostage situation in the Dallas area.”

“He will continue to receive updates from his senior team as the situation develops,” the Biden admin staffer added. “Senior members of the national security team are also in touch with federal law enforcement leadership.”

As detailed by The Post Millennial, one suspect has taken the Rabbi and three others hostage at the Congregation Beth Israel synagogue in Colleyville, TX. The suspect is claiming to be armed and says his sister is Aafia Siddiqui. Siddiqui was convicted in New York of trying to kill US military personnel and is currently incarcerated. Aafia Siddiqui's brother has since come out with a statement, clarifying he is not the suspect in the Synagogue.

Psaki’s curious failure to describe the hostage situation for what it is – that a suspected jihadist took a Jewish synagogue hostage – was noted by many on social media.