White House Press Secretary Jen Psaki on Monday has once again come out and said that calling the border situation a 'crisis' is a 'label' she doesn't want to use. 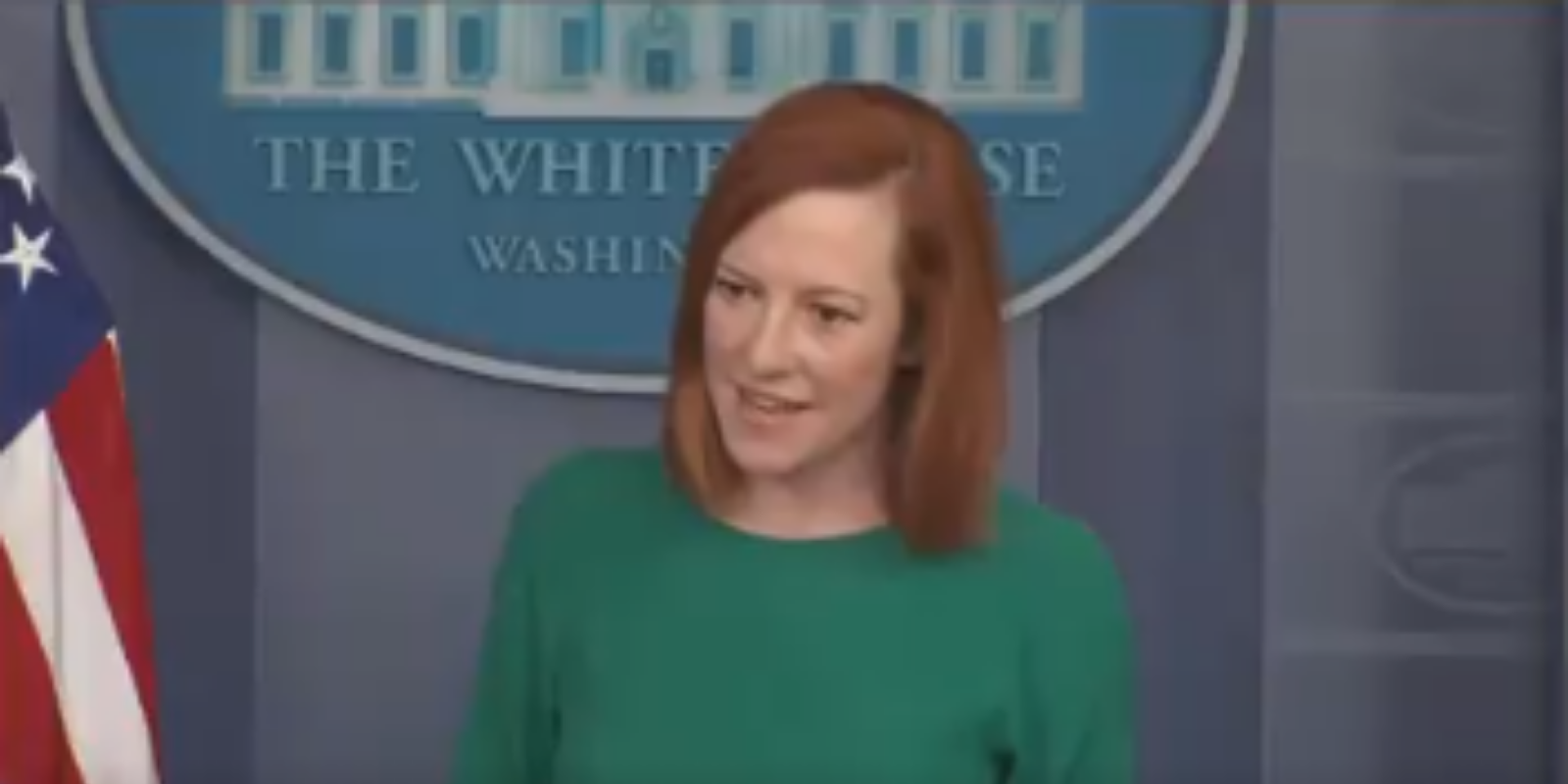 White House Press Secretary Jen Psaki on Monday has once again come out and said that calling the border situation a "crisis" is a "label" she doesn't want to use.

"Biden's Press Secretary Jen Psaki won’t acknowledge there’s a border crisis, refuses to 'get into the fun of labels'"

"Does FEMA's arrival at the border mean that the administration feels what is hapening at the border is a disaster?" was the exact question asked of Psaki

Psaki's reply was, "I know that we always get into the fun of labels around here, but I would say our focus is on solutions, and this is one of the steps that the President felt would help."

Psaki then goes on to "label" the "disaster" a "challenge." She also wanted people to know that she liked a reporter's mask, and that FEMA was "there to help."

"The prior administration dismantled our nation's immigration system in its entirety," he said. He said that the "the entire system was gutted. In addition, they tore down the Central American minors program," saying that the Trump administration cut off funding and that 'no planning had been done' to protect border and customs personnel."

"It takes time to rebuild an entire system and to process individuals at the border in a safe and just way. that's especially true when we're in the midst of the pandemic" and trying to ensure public safety per the CDC. "It takes time to build out of the depths of cruelty that the administration before us established."

"We are not saying don't come, we are saying don't come now, because we will be able to deliver safe and orderly process to them as quickly as possible," Mayorkas said, saying that would-be immigrations should wait "with a goal in mind."

Mayorkas said they would not be "expelling children to Mexico... whose loving parents have sent them alone... when that child's country of origin" is Guatemala, Honduras, or El Salvador.

When asked about how the administration is telling people not to come, Mayorkas said that they were working with Central American governments to get the word out, and that this "does work to a degree."