Fox News's Chris Wallace had the opportunity to interview Press Secretary Jen Psaki on Sunday morning's "Fox News Sunday." Her responses and behavior were very predictable and in line with those of previous press conferences. 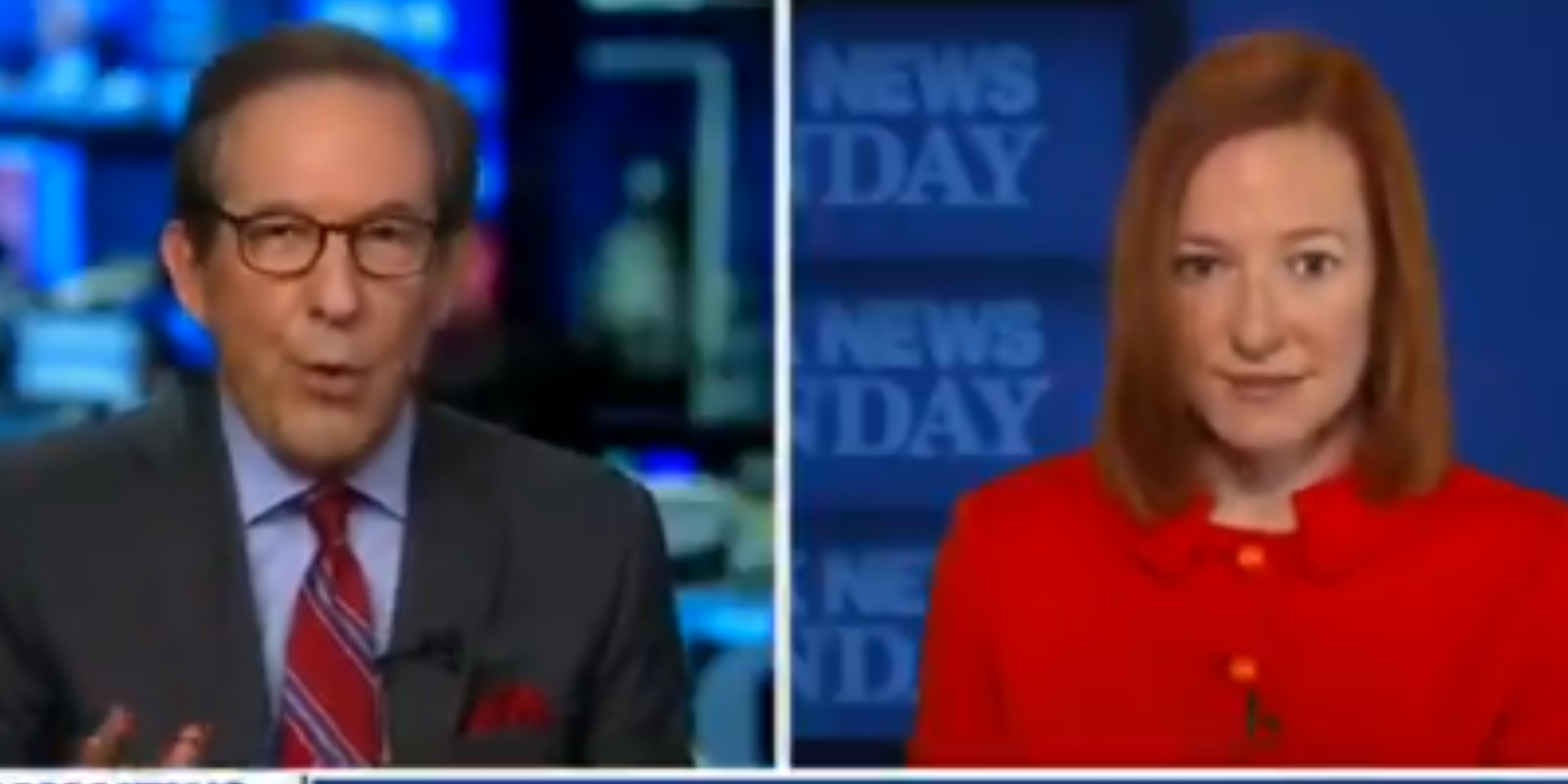 Fox News's Chris Wallace had the opportunity to interview Press Secretary Jen Psaki on Sunday morning's "Fox News Sunday." Her responses and behavior were very predictable and in line with those of previous press conferences.

"Biden's Press Secretary Jen Psaki still refuses to say when the press will be given access to border patrol facilities," says the tweet.

The video clip shows Wallace going after Psaki for what he deems a lack of transparency on the part of Psaki and President Biden.

Wallace rolls a clip of Biden saying regarding allowing the media to come to border facilities, "This is being set up, and you [the media] will have full access to everything once we get this thing moving."

A reporter then asked, "Just to be clear, how soon will that be, Mr. President?"

Wallace immediately followed up by pointing out that "the only way we know bad conditions are for some 5000 minors in these border control facilities is because of these pictures that members of Congress have released on their own."

He then asked once more "Why not allow reporters and camera crews in on a pool basis, safely, to take pictures and show people what's happening in those border facilities right now?"

Wallace further pressed Psaki on the subject of the border crisis.

"FNC’s Chris Wallace confronts Biden's Press Secretary Jen Psaki for 'new records being set' in border crisis", mentioning the 18,000 unaccompanied minors in US custody, with 500-800 coming in each day.

Psaki's response was simply: "Our objective is to take a different approach from the last administration."