"Even less is known about the effects of puberty suppression on sexual functioning. [Jazz] Jennings, who started on GnRHa at the age of 11, has no libido and cannot orgasm," continues Biggs. 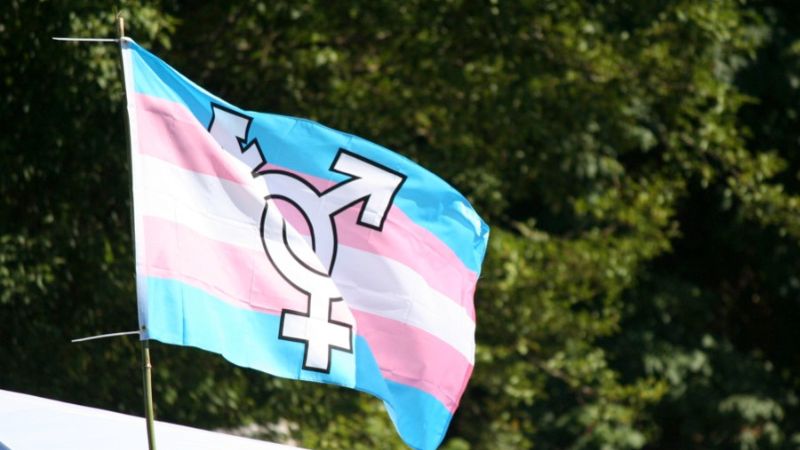 Mia Ashton Montreal QC
Sep 20, 2022 minute read
ADVERTISEMENT
ADVERTISEMENT
An article recently published in the Journal of Sex and Marital Therapy charts the history of puberty blockers and shows how their use is based upon the scant evidence and how claims they are reversible and safe are "implausible."

The use of these drugs (Gonadotropin-Releasing Hormone agonist or GnRHa) began in the mid-1990s in the Netherlands but quickly caught on and was swiftly adopted by pediatric endocrinologists all over the world.

Dr Michael Biggs, author of the article titled "The Dutch Protocol for Juvenile Transsexuals: Origins and Evidence", tells of how pediatric endocrinologists ignored concerns about the drugs' impact on bone density, cognitive function, and the fact that almost all of the young people receiving treatment were homosexual and instead rushed ahead in prescribing the drugs.

In the US, adoption of the drugs' usage was led by Norman Spack, who co-founded the first pediatric gender clinic in the US at Boston Children’s Hospital and who apparently "more than once recalled salivating at the prospect of treating patients" with the drugs, writes Biggs.

Endocrinologists at England’s defunct Tavistock clinic were just as reckless. Despite conducting a study which failed to find any mental health benefit associated with the drugs, they became the standard treatment protocol after significant political pressure by UK Charity Mermaids and GIRES (Gender Identity Research and Education Society). The current CEO of Mermaids, Susie Green, was involved in this campaign.

Green famously took her child to Thailand for vaginoplasty on the child’s 16th birthday, and later joked about how there wasn’t much for the surgeon to work with because the child had taken puberty blockers and had not developed sufficient penile tissue with which to sculpt a neo-vagina. Green had also taken "her son Jackie, aged 12, to Boston to obtain [puberty blockers] from Spack," said Biggs.

"On the side effects of puberty suppression, there is most evidence on bone density [which] was initially dismissed 'of no great concern,'" Biggs explains. "The effects of puberty suppression on emotional and cognitive development are more difficult to ascertain, but more consequential as they could potentially affect the capacity to consent to cross-sex hormones and surgery." He cites several studies in which IQ appears to drop after taking GnRHa drugs.

This is important given that every study to date shows that almost 100 percent of children who are put on blockers go on to consent to take cross-sex hormones.

"Even less is known about the effects of puberty suppression on sexual functioning. [Jazz] Jennings, who started on GnRHa at the age of 11, has no libido and cannot orgasm," continues Biggs. "Jennings’ surgeon, Marci Bowers, who has performed over 2,000 vaginoplasties, acknowledges that 'every single child … who was truly blocked at Tanner stage 2, has never experienced an orgasm.'"

Another issue observed with blocking puberty in male children was that "stopping sexual development meant the penis did not grow … [which] made it more likely that the orifice would need to be lined with a portion of the patient’s intestines rather than the inverted penis," explains Biggs. In one cited study, out of 49 patients undergoing vaginoplasty after pubertal suppression, "71% required intestinal vaginoplasty," a procedure which Biggs describes as "more invasive, requiring a second surgical site, and [entailing] greater risk of complications such as rectal fistula."

This complication led Marci Bowers, Jennings' surgeon, to suggest using tilapia fish skin rather than a section of the patient's intestines to create the orifice.

There have never been randomized control trials of puberty blockers for gender dysphoric youth, nor is any of the existing literature supporting their use of good quality. When the NHS England commissioned a systematic review of all the scientific literature on puberty blockers, the findings were that the evidence is of “very low certainty.”

"While the use of GnRHa to suppress puberty helped to create the juvenile transsexual, it could now be creating another ‘new way of being a person’: a sexless adult," cautions Biggs. "An Australian girl, Phoenix, was socially transitioned into a nonbinary identity at the age of 5 and took GnRHa from age 11. Reaching the age of 16, Phoenix refused to take testosterone because ‘remaining in an androgynous, peripubertal state is the only way their body can truly reflect their non-binary gender identity’. The clinicians agreed to provide perpetual puberty suppression, despite the known deleterious physical effects—most obviously on bone density—and despite the unknown effects on emotional and cognitive development—which would affect Phoenix’s capacity to consent. Phoenix is not the only individual seeking indefinite puberty suppression."
ADVERTISEMENT
ADVERTISEMENT
Transgender flag