Gillian Blake of Crown Publishing Group said to The New York Times that there were "no plans" to market Cuomo’s book citing "the ongoing investigation into NYS reporting of Covid-related fatalities in nursing homes." 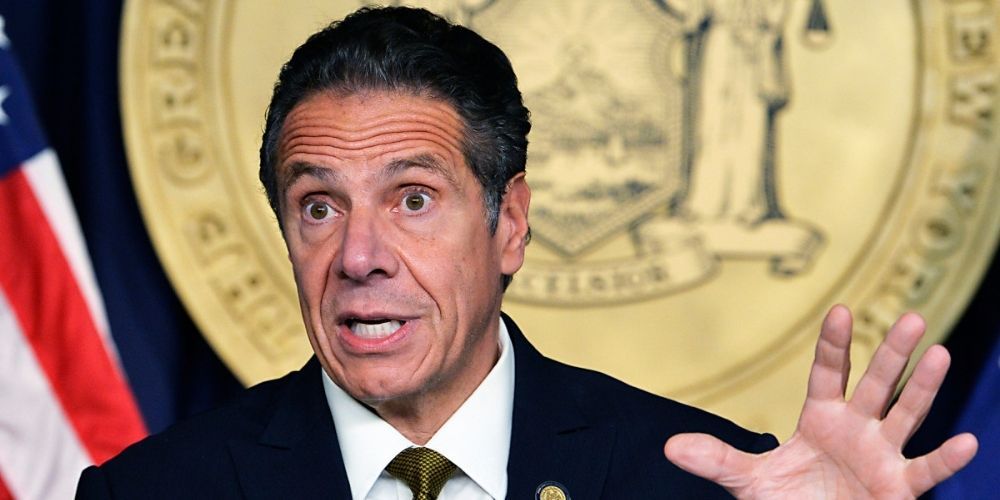 The publisher of New York Democrat Governor Andrew Cuomo’s book that details his leadership during the COVID-19 pandemic is no longer promoting the title following news that Cuomo is under federal investigation for his involvement in the cover-up of data from nursing home deaths during the outbreak.

The book titled, American Crisis: Leadership Lessons from the Covid-19 Pandemic, tanked in sales after Cuomo found himself at the height of political controversies which included the under reporting nursing home deaths following an order he signed sending COVID positive patients into the facilities, as well as multiple sexual harassment allegations.

Gillian Blake of Crown Publishing Group said to The New York Times that there were "no plans" to market Cuomo’s book citing "the ongoing investigation into NYS reporting of Covid-related fatalities in nursing homes."

Cuomo began working on the book last summer, while he graced national media with his daily COVID-19 press conferences which eventually won him an International Emmy Award for his leadership during the pandemic. All this despite New York state at the time suffering from the highest number of coronavirus fatalities in the country.

Even before the Governor was hit with a cascade of scandals, book sales were ghastly. Between Jan. 23 and Feb. 27, the title sold only about 400 copies, according to NPD BookScan, with a total of 45,800 sold, and several thousand e-books also purchased.

"New York was Number 46 out of 50 in the nation when it came to percentage of deaths in nursing homes,” said Cuomo in his book, referencing a July report which suggested that "the virus came into nursing homes as the work force got infected."

But that’s not entirely true.

Cuomo's order sent COVID-19 positive patients back into nursing homes which eventually spread from room-to-room, infecting more-and-more people as the days went on. Cuomo then covered-up the data by underreporting nursing home fatalities, in an attempt to hide the data from the federal government.

The Cuomo administration released the data in February, after a court ordered the data to be made public following a report by the state attorney general, Letitia James, which suggested widespread undercounting.

According to The New York Times, the state was reporting publicly that around 6,500 nursing home residents had died, leaving out those who were transported to hospitals. The true tally is closer to 15,000.

Governor Cuomo’s aides, including his most senior adviser, Melissa DeRosa, doctored the report to omit the correct number of nursing home deaths in an attempt to shield the data from the Health Department.

Four days after the doctored report’s publication, Cuomo announced he was going to write a book, after he already began to seek permission from a state a state oversight agency to earn outside income from book sales, the Times reported.

According to an analysis, the data would have ranked COVID-19 deaths in New York much higher than Governor Cuomo included in his book had he included the correct number of nursing home fatalities, 50 percent higher to be exact.

New York Governor Cuomo is currently under investigation for both his involvement in withholding information from the federal government and sexual harassment allegations by former aides.