Radical environmentalists deflate tires of SUVs in NYC, vow to hit other US cities

A group of radical environmentalists has deflated the tires of dozens of SUVs in New York City, with plans to do the same in locations across the US. 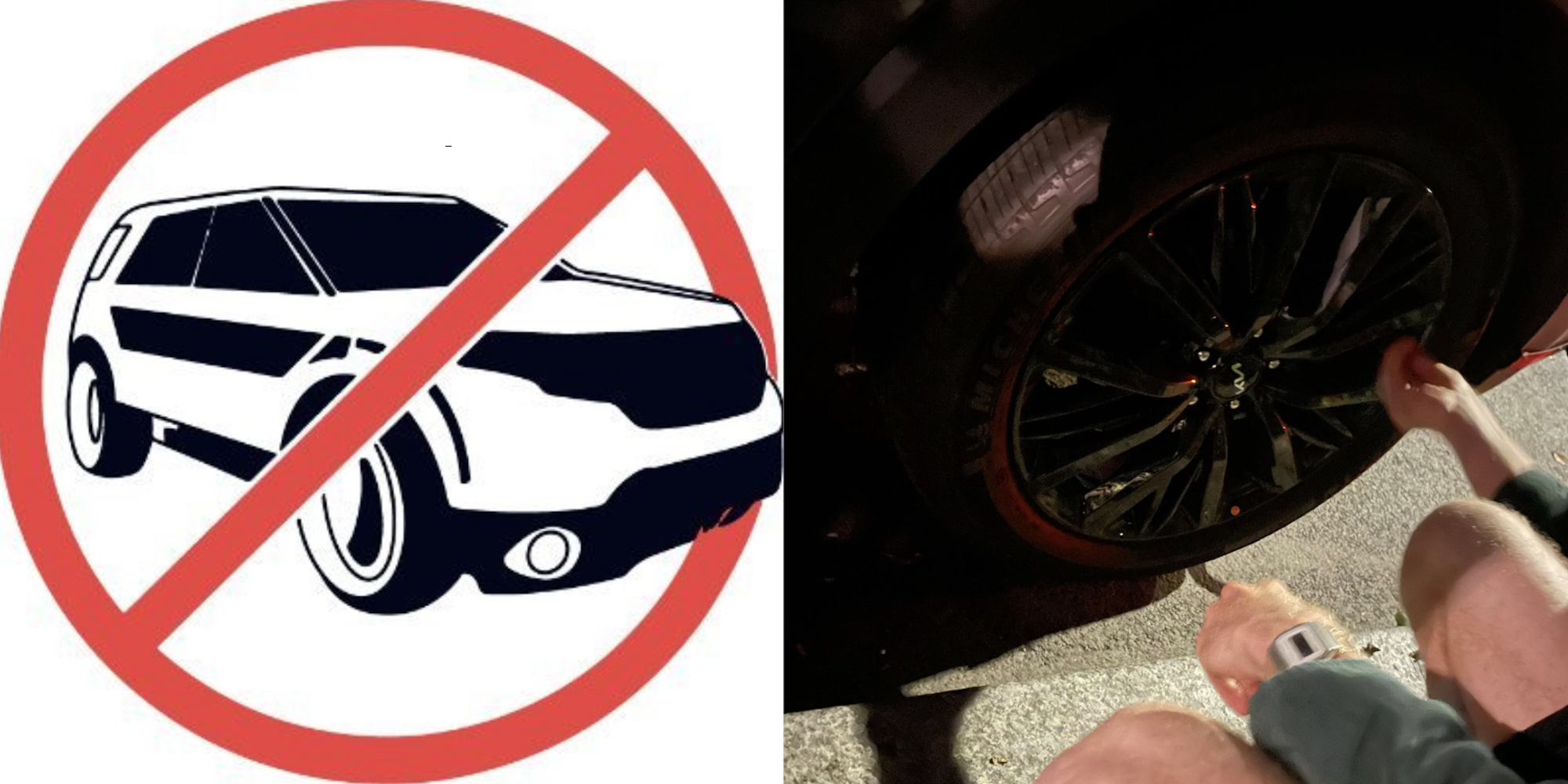 A group of radical environmentalists has deflated the tires of dozens of SUVs in New York City, with plans to do the same in locations across the US.

This is the first known case of the United Kingdom-based "The Tyre Extinguishers" committing such acts in the United States.

On Tuesday, the group took to Twitter to boast about having "disarmed" forty SUVs in New York.

The group also posted an image of a notice that they leave for drivers after rendering their vehicle unusable.

"We have deflated one or more of your tires," it begins. "You'll be angry, but don't take it personally, it's not you, it's your car."

They go on to blast auto manufacturers for daring to create SUVs in the first place, and selling them to consumers who could drive something smaller if they chose to.

"The world is in a climate crisis," they add, noting that even drivers of hybrid or electric cars are not safe from having their tires deflated because they're "still polluting, dangerous and cause congestion."

On the group's website, they give potential activists a step-by-step guide to deflating car tires, which involves unscrewing the tire valve and dropping a small object in to push down on the pin.

They advise those who wish to commit the acts to "work under cover of darkness," and "bring some friends," but urge them to avoid cars "clearly used for people with disabilities, traders' cars (even if they're large), minibuses and normal-sized cars."

The Tyre Extinguishers said their aim is to "make it impossible to own a huge polluting 4x4 in the world’s urban areas" adding that, "deflating tyres repeatedly and encouraging others to do the same will turn the minor inconvenience of a flat tyre into a giant obstacle for driving massive killer vehicles around our streets."