"The price of letting the Ukraine fall to Russia, to the US taxpayer, and to the cause of liberty, I think is very, very high," Cramer said. 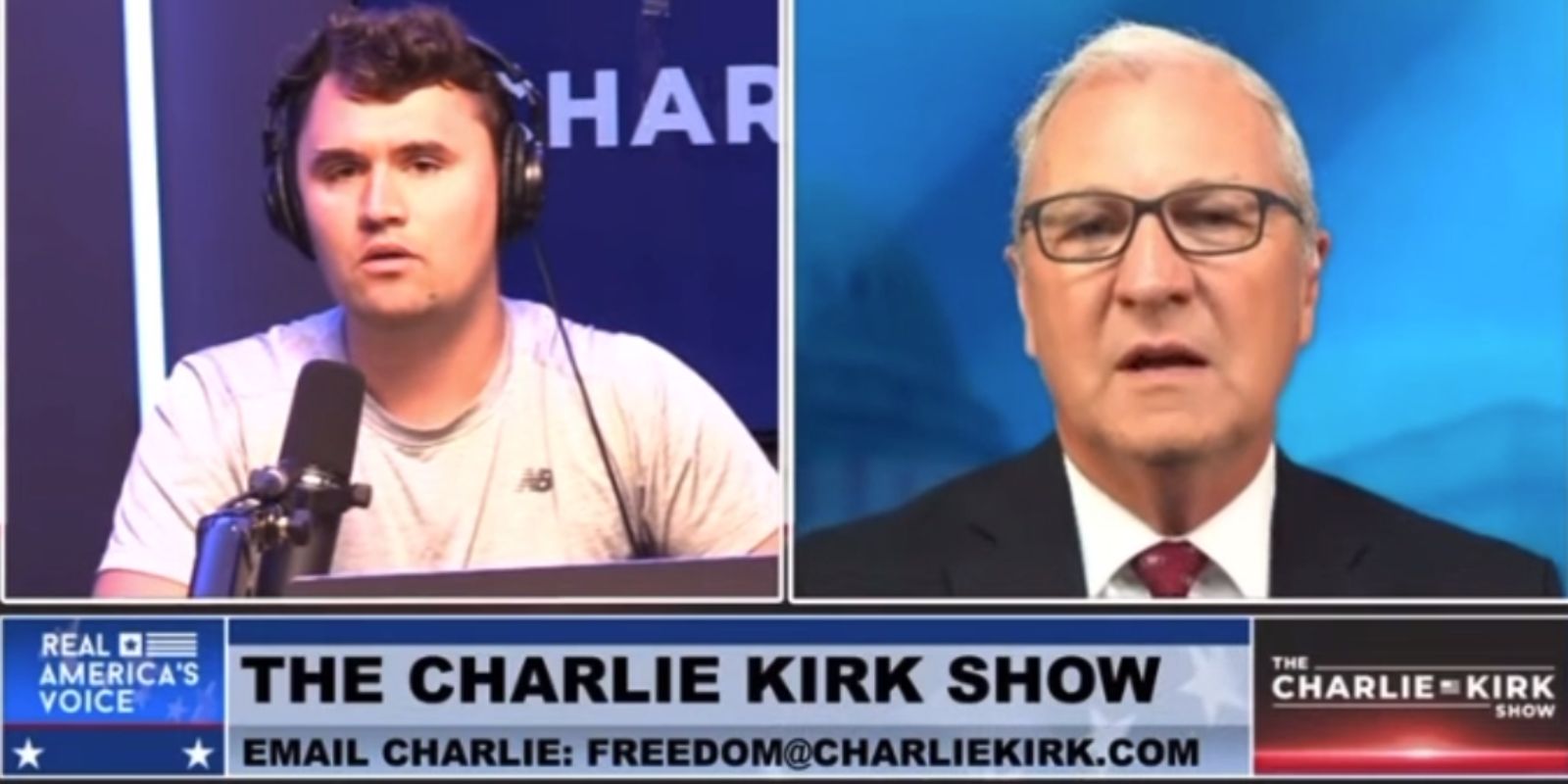 Republican Senator Kevin Cramer told Charlie Kirk during a live segment of his show that there is not a "dollar amount" that is too much to send in Ukraine spending.

Cramer's comments come as no surprise, as he voted in favor of the second Ukraine aid bill in May that approved $40 billion to be put toward Ukraine.

Ukraine has since indicated that it needs $60-65 billion in 2022 to meet its "funding requirements."

Kirk asked Cramer where the "line" is on Ukraine funding, as he and many Republicans are not in favor of sending aid to the country, asking specifically why Cramer believed it was in the best interest of the United States to send billions to Ukraine.

"I'm not in favor of sending military aid to Ukraine, nor is a lot of our audience. Can you tell us why you believe that's in the best interest of our country, and also, you voted for the $40 billion of the last bill but not the first bill. What amount of money is too much to send to Ukraine, because we just did $1.7 billion more. Where is the line? Because we're up near $56 billion," Kirk asked.

"Well, I don't know that the line is a dollar amount, Charlie," Cramer began. "I think each request or each requirement, each demand, each circumstance requires its own discovery if you will. I don't think we should do a whole bunch, necessarily, at one time. I think we should do smaller tranches, just for the purpose of renegotiating, and reaccessing," he said.

"Not only the situation on the ground, but our NATO allies, what are they doing? Are they doing what they need to be doing? Is the money being used for the things it's supposed to be used for? Are the weapons systems going to the people it's supposed to? Is it really helping fight back communist intrusion for the cause of freedom?" he continued.

"In general, the reason I support it, and the reason I think Ukraine is the good guy in this fight, quite honestly, is that if for no other reason, I do believe that Vladimir Putin is evil, I think Vladimir Putin harbors the fantasies of restoring the Soviet Union in as much as he can and that the first wave of that was Crimea, the next wave is where we are now, I don't know that he plans on stopping," he said. "I don't know why he would stop if he gets parts of Ukraine or all of Ukraine, and then it becomes obligatory after that, as you know, as a NATO leader, as a NATO country, article five obligates us to defend another NATO country should they be attacked. Holding back Russia is the main purpose of NATO."

"The price of letting the Ukraine fall to Russia, to the US taxpayer, and to the cause of liberty, I think is very, very high," Cramer said.

Cramer then added that he believed that the situation in Ukraine has led to a US-friendly Europe that hasn't been seen in "a long time."

"The other thing I would say, and this is a little more maybe on the fringe, or into the future, but one benefit we're seeing that we haven't seen in a long time is not just a unified Europe, but a friendlier Europe to the United States. When it comes to things like food, energy, and trade policy, whether it's bilateral trade policies or a European-US trade policy, they've always sort of snubbed their noses at us. They don't want our food because they don't like the way we grow it, they don't want our energy, and yet, now they need what we have," he said. "I do think there's an opportunity for the good guys, if you will, to form a stronger alliance in all the right ways."