In response to comments made by Representative Maxine Waters of California Saturday night encouraging protestors to "get more confrontational" in Minneapolis, Representative Marjorie Taylor Greene announced on Twitter her intention to introduce a resolution expelling Waters from Congress. 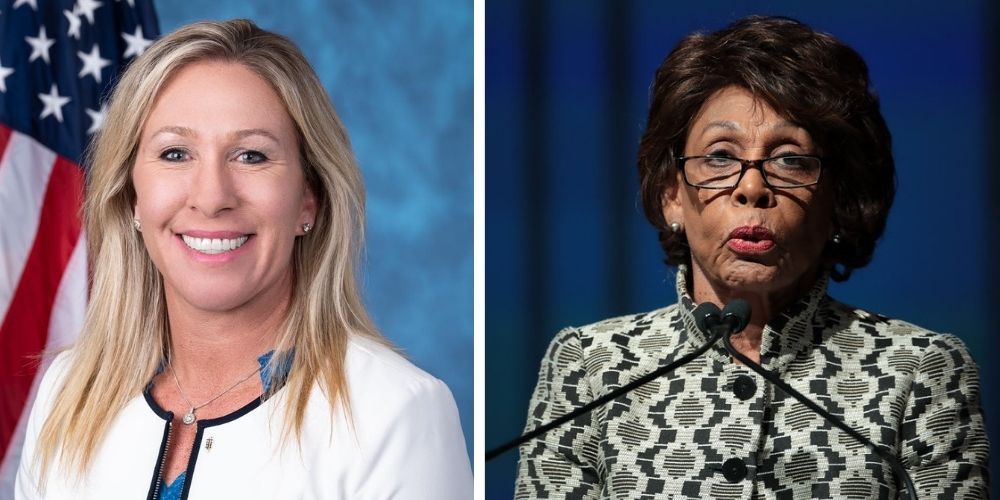 In response to comments made by Representative Maxine Waters of California Saturday night encouraging protestors to "get more confrontational" in Minneapolis, Representative Marjorie Taylor Greene announced on Twitter her intention to introduce a resolution expelling Waters from Congress.

Greene wrote on Twitter Sunday that Waters is a "danger to our society" for her "continual incitement of violence."

Early Sunday morning two National Guard members were shot but luckily sustained only minor injuries, mere hours after Waters' spoke at a rally in Brooklyn Center late Saturday night. Greene said that the shooting was in direct response to Waters' telling protestors to "stay on the street" and to "get more confrontational."

"After traveling across state lines to incite riots, her orders recorded on video last night at the Brooklyn Center, directly led to more violence and a drive by shooting on National Guardsmen in Minnesota early this morning," wrote Greene.

Waters also commented that if Chauvin is acquitted or charged with anything less than murder, that "We're looking for a guilty verdict... and if we don't we cannot go away." Greene wrote that this comment from Waters threatened the jury with continued violence.

"As a sitting United States Congresswoman Maxine Waters threatened a jury demanding a guilty verdict and threatened violence if Chauvin is found not guilty. This is also an abuse of power," Greene wrote. "#ExpelMaxineWaters," she adds.