It has since been revealed that Allianza Americas received over $1.3 million in funding from George Soros’ Open Society Foundation over the past few years. 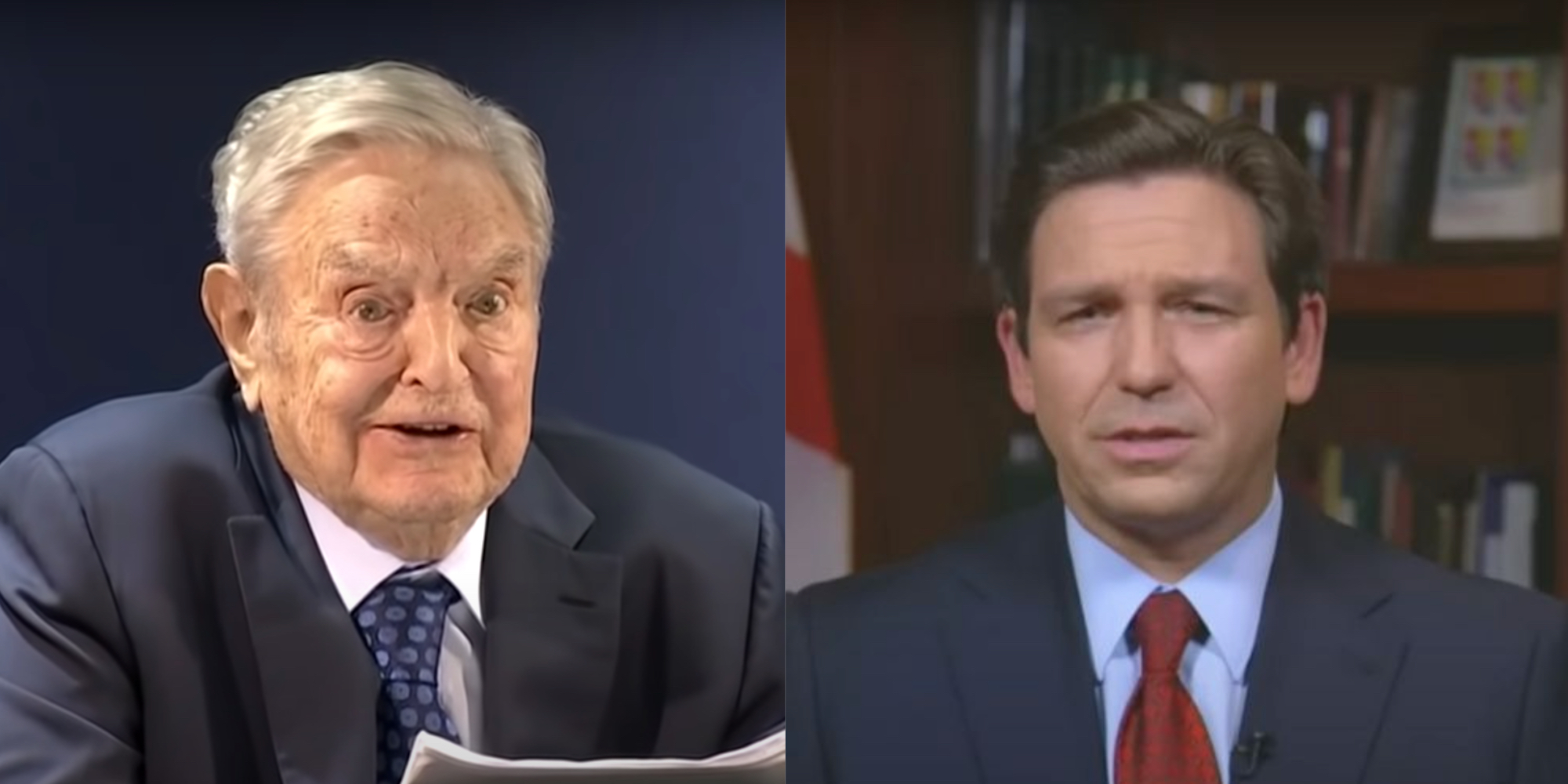 Jarryd Jaeger Vancouver, BC
Sep 23, 2022 minute read
ADVERTISEMENT
ADVERTISEMENT
Last week, Florida governor Ron DeSantis made headlines after sending two planes full of illegal migrants to Martha’s Vineyard in Massachusetts. In the days that followed, a class-action lawsuit was filed against DeSantis and Florida’s transportation department by activist group Allianza Americas and three of the migrants.

It has since been revealed that Allianza Americas received over $1.3 million in funding from George Soros’ Open Society Foundation over the past few years.

According to ZeroHedge, between 2016 and 2020 Allianza Americas obtained $1,383,947 in grants from Soros’ Open Society Institute, Open Society Policy Center and Foundation to Promote Open Society.

The money was intended to go towards advocating for immigration, and to give the organization the ability to do more work in Mexico and Central America.

Soros’ foundations have long supported left-wing causes, funding campaigns for lenient district attorneys, donating to groups that promote immigration, and so on.

Allianza Americas’ mission is to “enable and support organized immigrants to become effective transnational change agents toward a just, equitable and sustainable way of life for all people in the Americas.” The group has also expressed a desire to “transform our understanding of citizenship.”

The lawsuit against DeSantis was filed in federal trial court in Massachusetts, and alleged that the migrants boarded the plane "under false pretenses,” and that the action "also constituted intentional and negligent infliction of emotional distress, false imprisonment and fraud.”

Allianza Americas argued that migrants "experienced cruelty akin to what they fled in their home country" during the events that led up to them being sent to Martha’s Vineyard.

They suggested that DeSantis and his transportation department "manipulated them, stripped them of their dignity, deprived them of their liberty, bodily autonomy, due process and equal protection under law, and impermissibly interfered with the Federal Government’s exclusive control over immigration in furtherance of an unlawful goal and a personal political agenda."

The migrants had been staying at a Texas migrant shelter when they were informed that they’d be flying to a northern city, whereupon they’d be taken care of. The lawsuit claimed it was only while in the air that they found out they were going to Martha’s Vineyard.

DeSantis’ office fired back against the allegations, providing documentation showing that the fifty migrants signed a voluntary agreement to be flown to the Massachusetts island.

The lawsuit from Allianza Americas was not the only one filed against DeSantis this week. According to Politico, on Thursday night, Florida Democrat Jason Pizzo asked a judge to block the governor from spending more money on the transport of migrants across state lines.
ADVERTISEMENT
ADVERTISEMENT
DeSantis_v_Soros