A tale about companies who draw a line in the sand over corporate culture wars. A few are ripping off the band-aid, but to protect their long-term health. 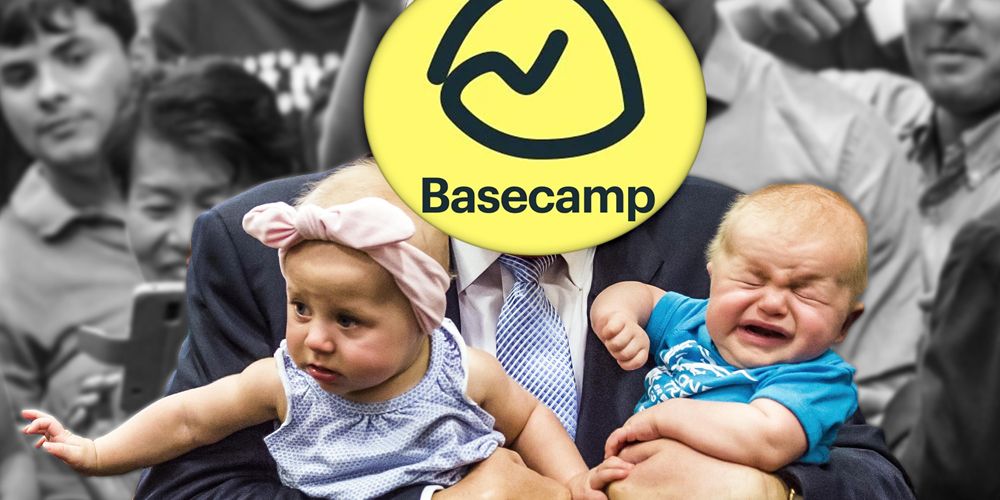 In a world changed by the BLM/Antifa riots and the coronavirus pandemic, people can easily forget the massive spike in unemployment. However, some privileged employees have the luxury of quitting their jobs over differences in politics.

Basecamp is a software company that makes company management programs and team communication tools (think in terms of remote work).

However, a recent decision by company leaders to not bring political discussions into work was treated by some employees as an apocalyptic event.

The Verge put out a piece with Basecamp employees describing the reaction. They report  “several employees decided to quit Basecamp, I’m told. Two employees told me that they had found themselves crying and screaming at the screen.”

It started last month with renewed scrutiny over an internal list of funny customer names maintained by the company. It was started over a decade ago, but in 2021 what was intended as harmless was now being interpreted as racist and toxic.

The renewed attention came about because last December an employee started a "DE&I" (diversity equity and inclusion) council.

According to The Verge the "DE&I council attracted significant support. More than a third of the company — 20 out of roughly 58 employees — volunteered to help."

Basecamp's co-founder David Hansson acknowledged that this "Best Names List'' was something that management should've stopped sooner. But his responses at the time about company culture and so-called racism triggered a complaint to HR.

It was at some point after that, that Basecamp CEO Jason Fried publicly announced their policy of leaving political discussions outside of work. Along with that is Fried’s decision to stop “committees” pushing for diversity causes inside the company.

This resulted in a company meeting where employees were upset at how management decided to introduce this new policy.

It was there that Basecamp’s head of strategy, Ryan Singer, questioned the existence of white supremacy in the company.

During the company meeting he reportedly said: “I strongly disagree we live in a white supremacist culture. I don’t believe in a lot of the framing around implicit bias. I think a lot of this is actually racist."

The debate this sparked is what reportedly caused some Basecamp employees to break down and cry.

His response: “I said we have different ways of framing … If you want to debate whether it exists anywhere, then yeah. But not here at this company, not with the people I associate with.”

Singer was suspended after the meeting, but ultimately decided to step down from his job. He had worked there since 2003, if that helps define the scope of the losses of talent at hand.

An exit package was introduced for people who wanted to leave. At least twenty took the offer.

Singer told The Verge: “I objected to an employee’s statement that we live in a white supremacist culture. White supremacism exists, and America’s history of racism still presents terrible problems, but I don’t agree that we should label our entire culture with this ideology.”

Buried deep in Verge's coverage is a passing mention that Singer praised Breitbart's coverage of the 2016 presidential election. It's a sign about how long the leftist's political prejudices were brewing, if they're referencing things from nearly five years ago.

What Basecamp did was not unusual. the Tokyo Olympics recently announced their ban on demonstrations as well as "political, religious, or racial propaganda." This rule extends to Black Lives Matter related gestures or related statements on the athlete’s apparel.

The Olympics did this because their job is to be a symbol of international unity. In that same vein, J.K. Rowling's publisher Hachette UK last year had to quash employees rebelling against the author over her stance on transgenderism.

Basecamp will be fine. The example of Coinbase is proof of that, as the cryptocurrency trading hub enacted a similar “mission focused'' rule late last year. The company makes it clear they don’t want politics to distract people from doing their jobs.  There was a staff backlash but it quickly died down. People who disagreed with the shift were free to leave (many did).

The episode isn’t even mentioned much at all this past year, despite the fact that we’re in the midst of a cryptocurrency boom of public interest.

The “no politics” rule is non-partisan. It impacts both left and right-wing viewpoints. In that way it’s fair. The only reason leftists have a problem with it is because they seek to inject politics into all aspects of everyday life. The right wingers are content to focus on product and merit.

That’s what brings back to Basecamp.

In arguing against the “funny” names list, a Basecamp employee implied that sharing jokes like that leads to genocide. They cited the ADL’s “pyramid of hate” as their evidence.

It's unclear how an internal list of funny customer names that's only seen by people working at the company, could somehow lead to "genocide."

This being the outstanding problem here. Basecamp’s employees shouldn't take that partisan organization at face value. It was only last month that 1500 rabbis published a response letter condemning the ADL for their hypocrisy in the wake of their crusade to cancel Tucker Carlson.

The Verge gives this employee’s quote from that meeting that serves to sum up the friction.

“Racism [and] white supremacy are not things that are so convenient that they only happen when full intention is present, or true malice is present. Evil is not required. We’re not so lucky as for this to come down to good and evil. It’s as simple as creating a space where people do not feel welcome.”

It’s a train of thought that’s shared by many believers of critical race theory dogma. Nikole Hannah-Jones of The New York Times and her 1619 project espouses the same line of thinking.

We turn our attention back to the Basecamp employee. They went on to say: “The silence in the background is what racism and white supremacy does. It creates that atmosphere that feels suffocating to people. It doesn’t require active malice. It’s not that convenient.”

What we're left with here is a clear example of the destructive nature encouraged by this far left school of thought. In an ideology designed to solely subvert all of it's opponents, the ever broadening definition of what they define as "evil" is its weapon.

Basecamp simply wanted to stop that before it eroded the entire company.