Washington State's COVID death numbers could be inflated as much as twenty percent according to a new study by the Freedom Foundation based on death certificates. 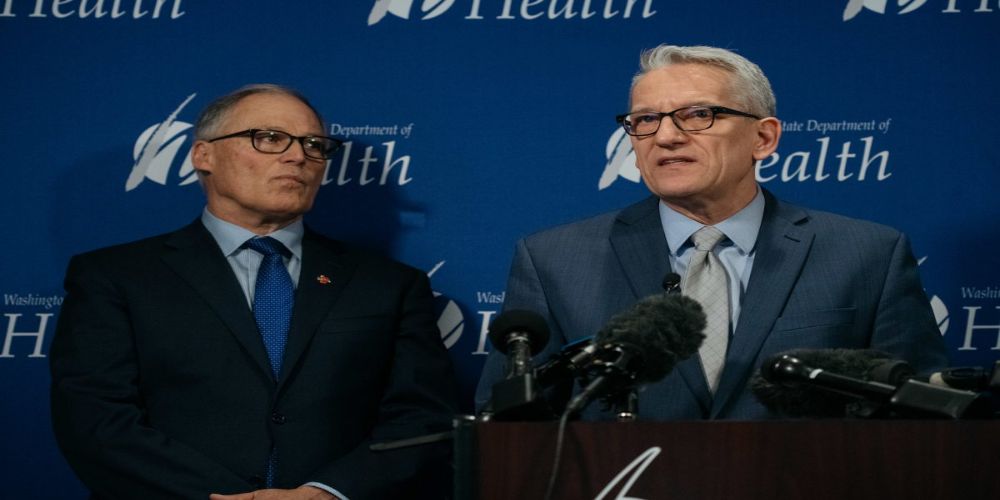 Washington State's COVID death numbers could be inflated as much as twenty percent according to a new study by the Freedom Foundation, based on an analysis of death certificates.

In May, The Freedom Foundation, an Olympia based think tank, released a report which revealed that the Washington Department of Health was recording every death in which the deceased previously tested positive for the virus as a COVID death. At the time, the Freedom Foundation estimated that COVID deaths in the state were being inflated by as much as thirteen percent by deaths from other causes including even gun shots victims. After a review of the death certificates, that number could now be as high as twenty percent of all COVID deaths in Washington through September.

In an exclusive interview with The Post Millennial, Maxford Nelson, Director of Labor Policy for the Freedom Foundation, said “…earlier this spring we exposed the method that the state Department of Health was using to count COVID-19 fatalities…we explained how that method would result in over counts and inflated numbers… the Washington state Department of Health was counting every person who died after testing positive for COVID-19, as a COVID-19 caused death. Even if the person actually died from some other cause, and it just happened to test positive weeks or months prior.”

Washington Democrat Governor Jay Inslee has repeatedly said that he based his decisions on “science and data” and that he "doesn't use phoney math." Yet, when confronted with the data from his own Department of Health (DOH) during a press conference in May, Inslee dismissed the information as "dangerous," "disgusting" and "malarkey." He further accused the Freedom Foundation of "…fanning these conspiracy claims from the planet Pluto" and not caring about the lives lost to COVID-19.

Inslee’s denial came after officials at the DOH confirmed that, as the Freedom Foundation reported, the state is counting in its COVID-19 death total the deaths of persons who tested positive for the virus but died from other causes.

“That was something that the Department of Health had to admit after our report came out, even acknowledged at the time that that method was resulting in including gunshot victims in the state COVID-19 tally,” said Nelson

He continued that the DOH promised at the time that, “…we're going to remove the gunshot victims, we're going to go back in and start providing additional details about the deaths that were attributing to COVID. They actually said that they were going to start categorizing the deaths. So what we've had so far from the department of health is just a single cumulative number of alleged COVID-19 fatalities. There's no detail provided by the department of health about what's behind that one dashboard number that's always changing and the public has had no ability to know what is the data behind that number.”

Nelson added that the DOH promised that they were going to start categorizing COVID deaths as confirmed, meaning the person had a positive test, and that      “…there was a reference to the viruses playing role in their death certificate. The other category was going to be a probable COVID deaths. Perhaps they had COVID like symptoms, and then a fourth category for deaths where they ruled out COVID is playing any role. To this day, here we are at the end of the year, we still have not gotten that detail. All we still have is this one dashboard data number that gets updated periodically without any idea to know what's behind that number.”

Nelson said that he has not looked at the cases or hospitalization numbers to see if the trend continued there as well but estimated that the state could be over categorizing COVID deaths by “…somewhere in that ten to twenty percent range. When we first came out with this report in the spring, there was about thirteen percent of deaths that were not COVID related and did not have any reference to COVID on the death certificate. That number may have changed somewhat but our most recent research was literally six months in the making and we had to navigate various legal pathways to obtain the actual death certificate data for the individuals that the state is attributing COVID-19 as the cause of their death.” The data that Nelson and the foundation are using is only through September 4.

Nelson even found cases where an “elderly individual perhaps, died from a fall, or sustained an injury of some kind that actually participated in their death. They were counted as COVID cases. Another gentleman, a sixty five year old male, died from alcoholic liver disease. He was counted as a COVID death.”

“A prior positive test is all you need to to be counted as a COVID death, regardless of the actual cause,” Nelson said.

Nelson claimed that as a result of the investigation, the state has repeatedly adjusted the numbers downward. “The state announced they were removing another 200 deaths, from the tally. Now they said they may add some of those back in later.”

Nelson concluded by saying “we're not done just yet. So, so stay tuned. We've got more coming.”