"Grad student I am staying with: 'You're not that innocent. I know about your secret dirty Twitter account.' Guilty as charged." 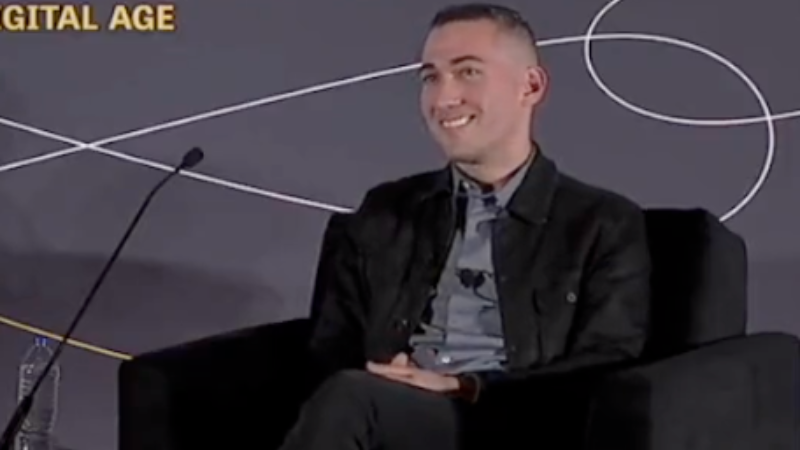 The Post Millennial
Dec 12, 2022 minute read
ADVERTISEMENT
ADVERTISEMENT
Twitter’s former head of Trust & Safety Yoel Roth, who was responsible for getting Donald Trump banned from the platform while he was still on office, allegedly had a “secret dirty twitter account,” according to a new report from Libs of TikTok.

The tweets from the account have been protected and according to Libs of TikTok, the account “has since been scrubbed.”

This after it was revealed that Roth's PhD thesis argued for minors to have access to adult content, writing "...it's worth considering how, if at all, the current generation of popular sites of gay networked sociability might fit into an overall queer social landscape that increasingly includes individuals under the age of 18."

The account “Adam Giffiths,” identifies as He/Him and claims to be “adapted from the original Nora Ephron.” Ephron was the scriptwriter and director known for romantic comedies such as “When Harry Met Sally,” “Sleepless in Seattle,” and You’ve Got Mail.”

In a post from Feb. 20, 2011, Roth wrote, “Have no idea how to handle following people on otteriffic. Overlap with people I only follow here? Only people likely to tweet dirty things?”

Another account responded, "#agree. #RT" and tagged the account. The tweet read: “Musclebear (hairy muscular men) with beard: hot. Musclebear with beard holding child: inexplicably hotter.” This could be a reference to the prolific trope that men are sexier, primarily to women, when they appear as though they are capable of taking on responsibility.

Roth posted in March of 2011, “Grad student I am staying with: ‘You’re not that innocent. I know about your secret dirty Twitter account.’ Guilty as charged,” and tagged @otteriffic. That account has also been listed as protected.

Several days before, he tagged the Twitter handle thegaygeek and said “He’s seen me in less than that. Apparently the fur isn’t enough. (This should be on otterriffic, shouldn’t it…”)

Meanwhile, Roth told a connference with the Knight Foundation at the end of November that Christian satire site The Babylon Bee, and account Libs of TikTok, which exposes leftist activists in their own words, are dangerous.

"Not only is it not funny, but it is dangerous, and it does contribute to an environment that makes people unsafe in the world," Yoel told Kara Swisher.

"The fact that people under 18 are on these services already indicates that we can't readily dismiss these platforms out of hand as loci for queer youth culture," Roth wrote. "Rather than merely trying to absolve themselves of legal responsibility or, worse, trying to drive out teenagers entirely, service providers should instead focus on crafting safety strategies that can accommodate a wide variety of use cases."

Musk quoted the thesis in response to a tweet from Eliza Bleu that linked to a Roth tweet from 2010 that read, "Can high school students ever meaningfully consent to sex with their teachers?" Roth also linked to a Salon article titled "Student-teacher sex: When is it OK?"

In 2020, The Post Millennial reported on Twitter's child pornography problem and how prolific sharing sexual images of minors had become on the platform.