Akron Police Chief Stephen Mylett said during a Sunday press conference that Walker had fired at officers from his vehicle on the expressway when they attempted to make a traffic stop. 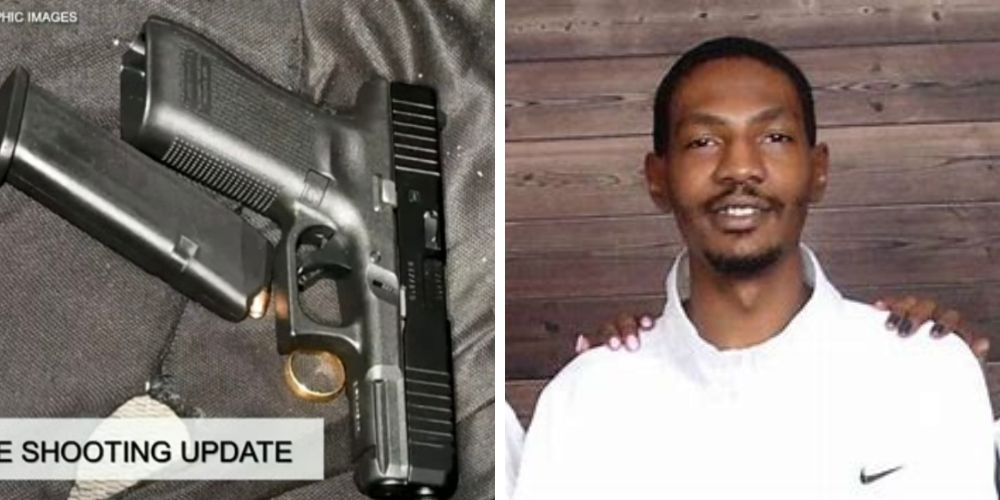 Jayland Walker, 25, died on Monday after Akron police officers allegedly fired more than 60 rounds of bullets into his body after evading police during a pursuit.

Akron Police Chief Stephen Mylett said during a Sunday press conference that Walker had fired at officers from his vehicle on the expressway when they attempted to make a traffic stop.

According to the bodycam footage released Sunday by Akron PD, a bright flash can be seen emerging from Walker's vehicle during the pursuit.

Akron police officers attempted to make a traffic stop on suspect Jayland Walker, which resulted in a vehicle pursuit that lasted for several minutes as he evaded police, video shows.

The suspect exited the expressway and the pursuit continued through city streets. The vehicle slowed to a stop at E. Wilbeth Rd. and Clairmont St.

Walker exited from the passenger side of the moving vehicle wearing a ski mask. Officers attempted to safely apprehend the suspect by deploying tasers, but the deployment was unsuccessful, and Walker fled on foot into a nearby parking lot, bodycam footage reveals.

While in the parking lot, the suspect came to a stop and turned his body toward officers. The pursing officers discharged their firearms, and fired more than 90 rounds towards Walker, with approximately 60 of those rounds hitting Walker in the face, upper body, and legs.

According to Chief Mylett, the officers involved immediately attempted life-saving care following the shooting but were unsuccessful. Walker died on scene. Eight officers were directly involved in the shooting, and all have been placed on administrative leave.

During Sunday's press conference, Chief Mylett said that Walker was unarmed at the time of the shooting but fired at officers from his vehicle just minutes before his death.

When asked if officers overreacted to the perceived threat, Chief Mylett said, "I'm not going to pass judgment" until the investigation is completed.

"It was difficult to watch, and shocking," Mylett added.

"The video is heartbreaking, it's hard to take in," Horrigan said.

The city cancelled its Fourth of July celebrations as planned protests are set to take place, USA Today reports.

"I completely understand that some residents and guests will be disappointed by the decision to cancel the festival this holiday weekend," Akron Mayor Dan Horrigan said in a statement. "Unfortunately, I feel strongly that this is not the time for a city-led celebration."

The Justice Department released a statement and said that the US Attorney's Office, the Justice Department’s Civil Rights Division, and the FBI field office in Akron are "closely monitoring and reviewing the circumstances" surrounding Walker's death.

"The FBI continues to coordinate with state and local partners to provide resources and specialized skills," the statement added, according to USA Today. "If the evidence reveals potential violations of federal criminal statutes, the Justice Department will take appropriate action."

Ohio Attorney General Dave Yost issued a statement on Sunday and said, "People want and deserve answers, and they shall have them."