Anderson Lee Aldrich, who has been charged with 10 criminal counts including first-degree murder, was born Nicholas Franklin Brink, according to court documents. 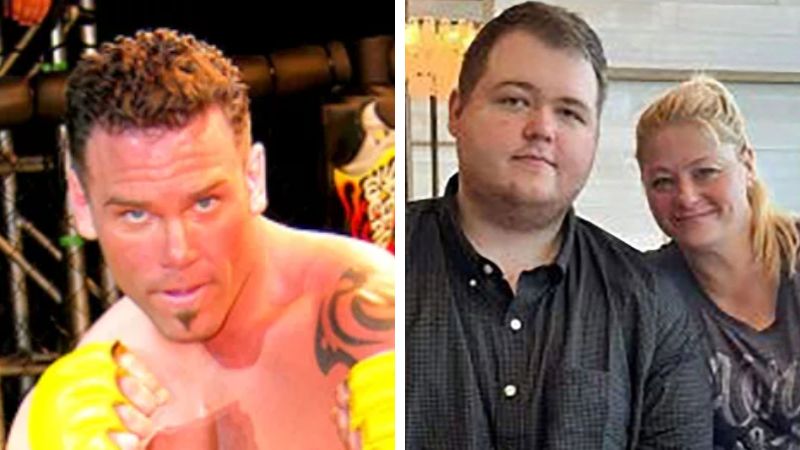 Anderson Lee Aldrich, who has been charged with 10 criminal counts including first-degree murder, was born Nicholas Franklin Brink, according to court documents.

A notarized affidavit filed in a Texas court almost a month before Aldrich, still Nicholas Brink, turned 16 stated, “Minor wishes to protect himself + his future from his birth father + his criminal history. Father has had no contact with minor for several years.”

The petition, obtained by the Washington Post dated April 2016 to change Aldrich’s name, was filed in Bexar County, where he lived with his mother, Laura Voepel. The document was signed by Voepel; Aldrich’s grandmother Pamela Pullen; step-grandfather Jonathan Pullen; and father, Aaron F. Brink, who was living in San Diego County, California. According to the petition, the Pullens had legal guardianship of Aldrich at the time.

The Post reports that "at age 15, he became the target of a particularly vicious bout of online bullying in which insulting accusations were posted to a website, along with his name, photos and online aliases, according to a review of the site by The Washington Post. At some point, a YouTube account was created under his name, featuring a crude, profanity-laden animation under the title, “Asian homosexual gets molested.”"

Voepel was arrested on an arson charge in 2012 which was pleaded down to criminal mischief and had more arrests for some non-violent offenses.

Brink was sentenced to federal prison in 1996 for importing marijuana and after his release in 1998, established a career as a mixed martial arts fighter through high school friend Tito Ortiz, MMA star and one-time mayor pro tempore of Huntington Beach, California, according to USA Today’s MMA Junkie blog.

According to court records, Brink was later sent back to prison on a parole violation after a conviction for assaulting Voepel. At the time he tested positive for morphine and steroid use.

He later established his own company, Dick Delaware Productions, and appeared in more than 300 films, according to IMDb.

According to CBS, Voepel told Brink in 2016 that Aldrich had changed his name and died by suicide. Brink told the outlet that he thought his son was dead until two days ago, when he got a call from his son's defense attorneys, telling him Aldrich was involved in the shooting at the nightclub.

Court documents revealed Tuesday that Aldrich, who has been charged with 5 counts of murder and 5 hate crimes, is "non-binary" and uses "they/them" pronouns. Aldrich was arrested in 2021 on suspicion of making bomb threats.  Aldrich is accused of shooting up a Colorado Springs nightclub, killing 5 and wounding more than 17. Aldrich is being represented by public defenders.

Deputy Chief Adrian Vasquez of the Colorado Springs Police Department said that "The motive of the crime is part of the investigation and whether this was a hate crime is part of that investigation."
During a press conference, Colorado Springs Mayor John Suthers said, "As indicated, there is much we're still waiting to learn about this tragic incident. We know one or more patrons heroically intervened to subdue the suspect and we praise those individuals that did so because their actions clearly saved lives. We also thank our first responders across the Pike's Peak region who quickly responded."
ADVERTISEMENT
ADVERTISEMENT
aldrichufc