Defense lawyer Mark Richards argued to the jury and tens of thousands of spectators watching the high-profile Rittenhouse trial that Joseph Rosenbaum was more of a threat than the prosecution admits. 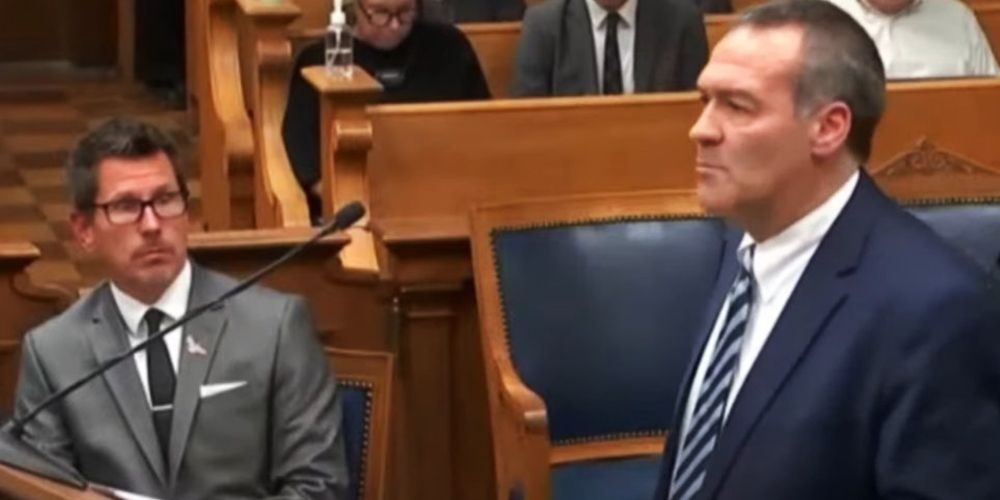 In the high-profile case of Kyle Rittenhouse, presiding Judge Bruce Schroeder gave both sides of the murder trial a roughly two-hour window for their closing arguments, with prosecuting Assistant District Attorney Thomas Binger claiming that the Black Lives Matter mob did "the right thing" and was "full of heroes."

Defense lawyer Mark Richards stressed to the jury that they tune out the likes of the mainstream media. He directly brought up an on-air gaffe by MSNBC's Joe Scarborough who inaccurately described Rittenhouse as "firing 60 times."

The whole event occurred on the evening of Aug. 25, 2020, with Kyle Rittenhouse’s alleged offenses happening within a timespan of just under three minutes.

"Kyle shot Joseph Rosenbaum ... and I'm glad he shot him because if Joseph Rosenbaum got that gun, I don't for a minute believe he wouldn't have used it against somebody else," remarked Richards.

"This case is not a game," stressed Rittenhouse's defense when arguing against claims of reckless homicide and endangering safety. They argued that Rittenhouse was in genuine fear for his life on the fateful night in question.

It was up to the state to preserve evidence and the burden of proof for the charges brought against Rittenhouse. But what the jury got is two car shop owners versus a crowd of witnesses, with clashing testimonies over everyone's rights to be there that night. By sheer numbers alone, it worked in Rittenhouse's favor. Defense lawyers even brought up how the method by prosecutor Binger was trying to write off as many witnesses as possible as liars and deceitful.

A main theme present throughout the trial, not just the defense's closing argument, was urging the jury to see the events in the perspective of Rittenhouse (and not Binger). It was tug-of-war for the prosecution and the defense when it came to that aspect. Binger accused Kyle of being a wannabe hero playing cop that night. But defense lawyer Richards rebutted that by mentioning how Kyle was seen earlier in the day trying to help out his community in cleaning off graffiti, and how witnesses testified that Rittenhouse gave medical aid to those present.

Richards reminded the public that Rittenhouse worked in Kenosha as a lifeguard and he had family (like his father) living in the area. This in contrast to the prosecution’s claims of Rittenhouse being this sheer outsider.

Defense lawyer Richards stopped short of mentioning how photojournalist Nathan DeBruin testified to prosecutor Binger trying to get DeBruin to add more to his testimony. Instead the defense presented an argument where it came off as the city of Kenosha rushed to arrest Rittenhouse even before proper autopsy work was done and bullets were recovered from the scene at places like the Car Source.

One of the points Richards hammered home was on how the burden of proof was on the state. When it came to people like Detective Antaramian, the defense avoided bringing in the close familial connection to Kenosha's mayor.

Rather, Richards used moments to present a contrast between the prosecution's hoisting up of Gaige Grosskreutz as a hero versus Rittenhouse.

It was a trial about the right of self-defense; this is what Richards had to say in response to Binger saying Rittenhouse gave up the right to self-defense for bringing a gun to what Binger wrote off as akin to a "bar fight."

Richards reminded the jury that Rittenhouse was forthcoming about letting authorities search his phone and granting law enforcement access, which was in contrast to the likes of Gaige Grosskreutz when officials had a search warrant to search his phone but never executed it.

Richards referred to Grosskreutz's intentions as "10 million reasons" of their own, referring to the civil lawsuit filed by Grosskreutz against the city of Kenosha, asking for 10 million dollars in reparations.

The defense brought up how Grosskreutz called people like Rittenhouse "stooges" for attempting to render medical aid to people the night of the altercations.

Richards called it obstruction for Grosskreutz to lie to the police about being armed and claiming to have dropped his gun. The defense went further in questioning why Grosskreutz didn't let Rittenhouse be that night. He pointed out how Grosskreutz chased him anyway, and he emphasized Rittenhouse's trigger discipline when it was applicable.

When it came to the Jacob Marshall Facebook post where the friend relayed Grosskreutz's so-called "regrets" for not killing Rittenhouse, Marshall testified on the stand that he was lying. But defense lawyer Richards argued that at the time the Facebook post was made, it was a truthful effort by Marshall to try and get Grosskreutz's perspective known to the public.

When it came to Joseph Rosenbaum, the defense explained his background of being on medication for bipolar disorder. They expressed doubts about whether or not he was on his pills the night of his encounter with Rittenhouse.

What Richards stressed was the threats Rosenbaum was said to have made to Grosskreutz about killing them if the pair were ever alone.

This was pointed out alongside the demeanor on display by Rosenbaum seen throughout the evening, especially with regards to how Rosenbaum reacted to the flaming dumpster situation and at the gas station.

In the presented footage, the defense lawyers made it clear how Rittenhouse ran past the likes of Rosenbaum and others when he went with his fire extinguisher to tend to the situation at the Car Source lot.

Richards took time to point out video footage where jurors could see a crowd of people there and glass shattering as damage to the vehicles was taking place.

When it came to Rosenbaum's intentions upon encountering Rittenhouse, Richards sarcastically suggested: What was Rosenbaum going to do? Give Rittenhouse a key to the city of Kenosha?

"I've yet to hear Mr. Binger explain why Rosenbaum had the right to chase my client," lawyer Richards said in defense of Rittenhouse.

As the world saw Monday in footage played back for the jury, Rosenbaum was "four feet and closing," lunging in at Rittenhouse when the fatal shots were fired, when Rosenbaum could've put his hands up and backed away.

Defense lawyer Richards pointed out how ridiculous it was for Binger to insinuate Rittenhouse would've stayed at the scene and rendered first aid to Rosenbaum given the immediacy of the situation.

Indeed what the case came down to in the final days of the trial was the prosecution went for a provocation argument against Rittenhouse. Prosecutors brought in video enhanced by A.I. algorithmic technologies that they presented, claiming it showed Rittenhouse raising his rifle towards people at the start of the incident with Rosenbaum, which was something that Richards described as "hocus pocus and out of focus" in terms of ploys done at the final hour.

The last main pillar of dispute was prosecutor Binger labeling Rittenhouse as an "active shooter." Richards said that this term is loaded with emotionally-charged personal connotations. But also brought up facts like how Rittenhouse gave his body armor to someone else, Nick Smith.

If Rittenhouse intended to cause mayhem like Binger alleged, why would he give up his body armor to someone else? That on top of aspects like how Rittenhouse didn't shoot at random after the Rosenbaum encounter.

Instead, again, it only happened when Anthony Huber confronted a fleeing Rittenhouse with a skateboard. Once again, Rittenhouse was careful on the trigger, accounting for people who put their hands up. This trigger discipline was not on display when Binger pointed the AR-15 at the Rittenhouse jury, which was something that the defense elected not to do in their closing arguments.

Defense lawyer Richards argued in his closing remarks that the District Attorney came down on Rittenhouse to prove that the authorities were doing something or anything to address the situation. But that the state went after the wrong guy.