Charlottesville's infamous statue of Confederate general Robert E. Lee has been taken down, after almost four years its planned removal, which had led to a deadly white supremacist protest. 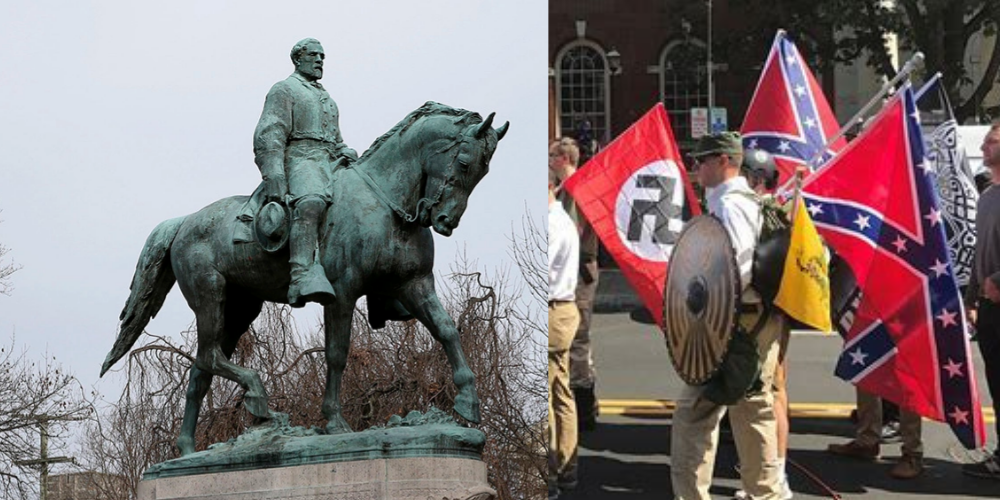 Charlottesville's statue of Confederate General Robert E. Lee has been taken down, after almost four years its planned removal, which had led to a deadly white supremacist protest.

The move came after a Virginia's highest court ruled the city could take the statue down. Charlottesville had been fighting a lawsuit filed by citizens, which included the Virginia Division of the Sons of Confederate Veterans, Reuters reports.

The court also gave way for the city to remove another statue, the one of Confederate General Thomas "Stonewall" Jackson, which was located in another city park.

The statues will now be placed into storage, until the city makes a final decision on what to do with them. City spokesman Brian Wheeler said that "We think a lot of our community members really want to be there to see this happen."

Wheeler also said that people were welcomed to come and watch the statue being taken down. "We're inviting the public to join us in the park."

The "Unite the Right" rally, which included participation from white nationalists, which took place in August 2017 in opposition to the removal of the Robert E. Lee statue, led to the death of 32-year-old Heather Heyer, after a self-described neo-Nazi rammed into a crowd of counterprotesters with his truck.