While critics slammed DeSantis for being noticeably absent from the public view in recent days, it was revealed that the absence was due to the governor accompanying his wife to her cancer treatment. 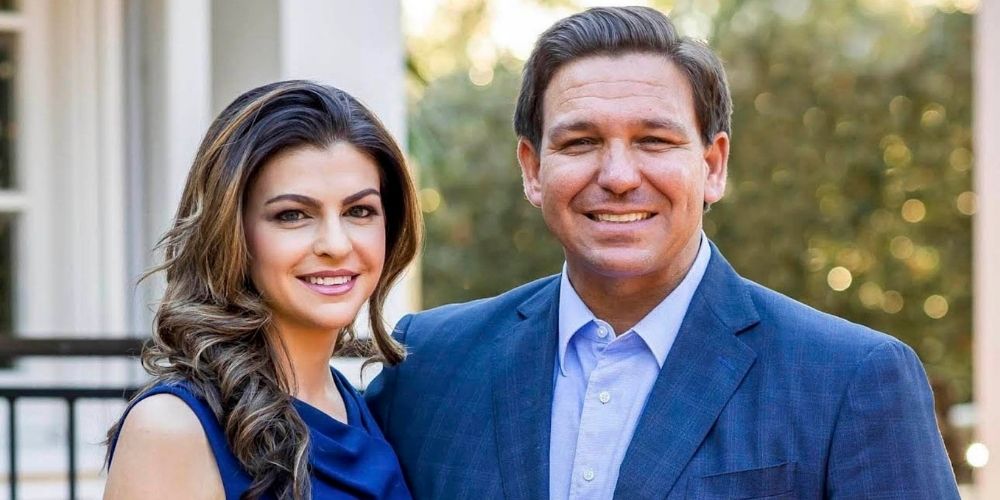 While critics slammed Florida Governor Ron DeSantis for being noticeably absent from the public view in recent days, it has been revealed that the absence was due in part to the governor accompanying his wife to her cancer treatment.

A DeSantis spokesperson told Fox News that the governor accompanied his wife Casey to cancer treatment on Dec. 29—the same day that several critics accused the governor of "missing," even sparking the hashtag "Where's Ron" on Twitter.

In October, DeSantis announced that his wife had been diagnosed with breast cancer. "I am saddened to report that Florida's esteemed First Lady and my beloved wife has been diagnosed with breast cancer. As the mother of three young children, Casey is the centerpiece of our family and has made and impact on the lives of countless Floridians through her initiatives as First Lady," stated DeSantis in his official letter.

"As she faces the most difficult test of her life, she will have not only my unwavering support but the support of our entire family, as well as the prayers and well wishes from Floridians across our state. Casey is a true fighter, and she will never, never, never give up," the letter continued.

Democratic Mayor Jerry Demings of Orange County criticized DeSantis' absence in a press conference on Tuesday, suggesting that residents "should be outraged" with DeSantis for not holding press conferences as the state experiences a spike in COVID-19 cases.

The following day, Florida set a new single-day increase record record for the state, with 46,923 new cases. That record was shattered on Friday though, where the state saw 75,962 COVID-19 cases, according to the Miami Herald.

"Our residents, all Florida residents should be outraged, and they should ask the question, 'Now, where's our state? Where's our governor?'" Demings said. "Where is Ron DeSantis now? When was the last time you saw the governor do a press briefing regarding COVID-19?"

Rep. Alexandria Ocasio-Cortez (D-NY) also criticized the governor's absence, accusing him of being "inexplicably missing" for two weeks after the Team DeSantis Twitter account tweeted a photo of her in Florida, asking if she was "enjoying a tase of freedom" while in Florida.

"Hasn't Gov. DeSantis been inexplicably missing for like 2 weeks? If he's around, I would be happy to say hello. His social media team seems to have been posting old photos for weeks. In the meantime, perhaps I could help with local organizing. Folks are quite receptive here," Ocasio-Cortez wrote.

"A governor, not governing during a crisis; and sunning his belly on vacation instead. @GovRonDeSantis is the Nero of Ted Cruzes," she tweeted.

In response to Reid's tweet, DeSantis Press Secretary Christina Pushaw tweeted a photo of the governor's schedule, writing: "Have you ever considered that you're one of the reasons nobody trusts the media?"

DeSantis communications staffer Kyle Lamb also responded to those criticizing DeSantis on Twitter, writing: "Just FYI, [DeSantis] is not on vacation. Literally no one from our office has said that he is. Anyone pushing that could have easily seen the public schedule and seen that he's taking calls and meetings this past week. Not having public events does not = 'vacation.'"

Others defended DeSantis, applauding him for being there for his wife during the family's difficult time, slamming those that thought DeSantis had nefarious purposes behind being absent from the public front.