On Thursday, a top Kremlin official warned that by admitting Ukraine into NATO, the west risks descent into a third world war. 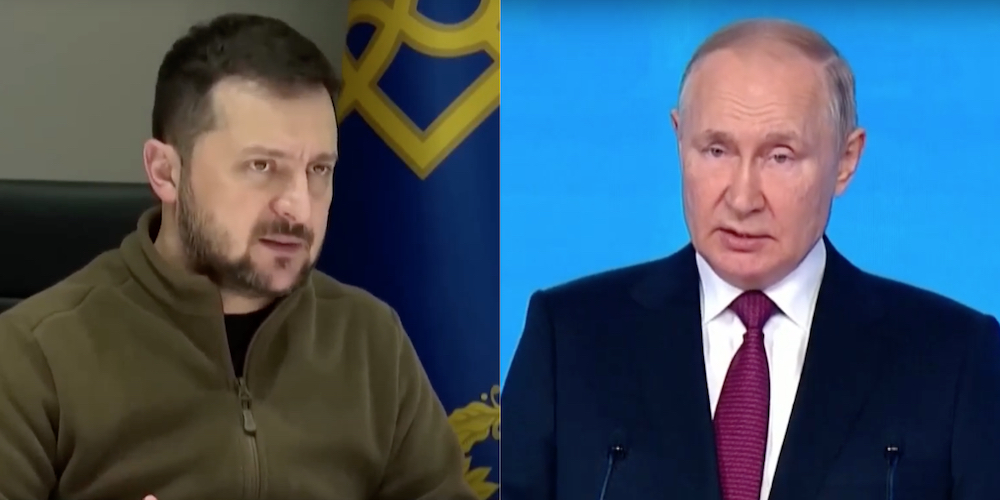 On Thursday, a top Kremlin official warned that by admitting Ukraine into NATO, the west risks descent into a third world war.

Ukrainian president Volodymyr Zelensky recently asked for fast-track membership, however the security alliance has not yet voted on whether his nation will be allowed to join.

According to Reuters, deputy secretary of Russia's Security Council Alexander Venediktov’s warning was quoted by TASS, a state-owned media outlet.

"Kyiv is well aware that such a step would mean a guaranteed escalation to World War Three," Venediktov said, referring to Ukraine joining NATO. He suggested that, "The suicidal nature of such a step is understood by NATO members themselves."

On Friday, Zelensky called for the West to take “preventive action” against Putin, urging allies not to wait “for the nuclear strikes first.”

"What NATO has to do to prevent or deter the use of nuclear weapons by Russia," Zelensky argued, is take "preventive strikes, preventive action" so that Russia would get a sense of the consequences were they to deploy nuclear weapons.

Venediktov warned against such tactics, reminding Zelensky and his allies that all out war would have impacts far beyond Russia and Ukraine.

"We must remember: a nuclear conflict will affect absolutely the whole world — not only Russia and the collective West, but every country on this planet," Venediktov said. "The consequences would be disastrous for all mankind."

Putin had recently said in a speech that, "those who try to blackmail [Russia] with nuclear weapons should know that the prevailing winds can turn in their direction," leading many to worry about what the world’s reaction would be if threats were actually acted upon.

President Biden warned that Putin was "not joking" about the potential use of nuclear weapons, adding that any use of such weapons would lead to "armageddon."

"First time since the Cuban missile crisis, we have the threat of a nuclear weapon if in fact, things continue down the path they are going," he said. "We are trying to figure out, what is Putin’s off-ramp? Where does he find a way out?"