RYU: A bold proposal to repurpose the CBC and the Governor General’s Office

Both the CBC and the position of Governor General have slightly problematic roles in Canadian society. 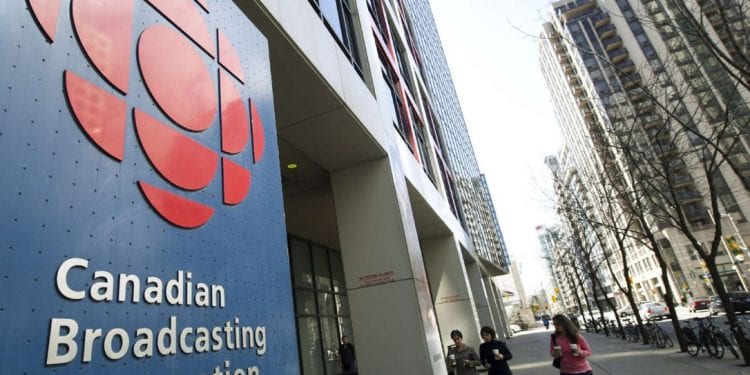 Both the CBC and the position of Governor General have slightly problematic roles in Canadian society.

The Queen is dead, long live the Queen!

The Governor General position has long been considered a vestige of our country’s monarchical roots, the role being a largely unnoticed ceremonial role that comes with a fancy house, a summer home castle, and a six-figure salary with a generous pension that can be claimed by a former Governor General’s widow as well. They can hire deputies and staff as they please, and expense all sorts of official travels. They have been political patrons, journalists, and our current viceroy is a former astronaut.

Attempts throughout history to do “something modern” with the nation’s viceregal office have failed, as our federation is seemingly founded on the principles of national disunity. Any attempt at reform is doomed to fall before skeptical provincial eyes that are institutionally perfect for seeing any major structural change as a hidden attempt at a sinister power grab.

Pierre Trudeau famously tried to make the position stronger, with codified powers that actually correspond with reality. The new officeholder would be known as the “First Canadian” rather than “Governor General”. The provinces told him where to go.

Our public broadcaster in the digital age

The CBC, on the other hand, finds itself increasingly accused of partisanship in the new era of social media algorithms.

As a public corporation, it is often the target of calls for its defunding. It remains one of the industries where the government directly competes with private enterprises. To be fair, however, the CBC operates independently from the government.

Of course, money speaks, and independence is inevitably compromised when you expect corporate entities to bite the hand that feeds them. To make things worse, the government recently compromised the independence of other major news outlets with a generous package of election year bribes. For evidence, one need not look further than those news outlets’ own response, or lack thereof, to the “bailout”.

There was once a world where a country like Canada would not be served by a national broadcaster without government intervention. That is decidedly no longer the case. The Canadian media landscape is healthy and thriving. It would not look much less so with the absence of the CBC. Any initial niches that open up as a result of their absence could likely be filled quite quickly.

Think about all the functions of the CBC in Canadian society, and then think about which of those functions could not be filled at least as well by CTV or the National Post and affiliated papers. Those two corporations are already infringing on much of the CBC’s traditional territory and are largely doing a better job of it.

To the extent that these two symbolically significant Canadian institutions have not already become obsolete, there is little hope that either of them will enjoy any future relevance without a dramatic shift in mandate. It is the reason for this ambitious proposal, one that could make use of these institutions for a greater benefit to Canadian society.

The Governor General’s less-than-inspirational itinerary largely consists of foreign visits that are not important enough to require the attention of the prime minister, as well as various ceremonial functions. The aspects of the CBC that are not well-served by the private sector are such things as the preservation of Canadian political and cultural history, and aspects of the maintenance of indigenous languages.

Seems like a good fit can be found between the two. On the news front, Canadians are well looked after by private entities, especially in light of organizations like Canadian Press, Associated Press, and Reuters. On the political front, Canada already has well-established constitutional principles that no longer confer any real practical authority to the Governor General.

Imagine if, instead of gallivanting around Ottawa, Canada, and the world, the Governor General spent their days watching parliament. Give them access to cabinet and caucus meetings and have them report to Canadians how the sausage-making is going. In the age of social media, the viceregal office can be transformed into one that has a real relationship with the Canadian people, one that has almost unlimited access within the Ottawa bubble.

Subject to national interests with respect to government confidentiality, the officeholder can ensure that Canadians get the maximum possible context behind political stories without jeopardizing national security. Give them three deputies, one selected by each of the three biggest parties in parliament, to act as whistleblowers against any perceived partisanship.

The ideal candidate would be one who can be trusted to stay in-touch with public sentiment, and securely exhibit a level of candour that would surprise both domestic and foreign observers.

That is where the CBC would come in. Governors General and their deputies can use its existing corporate infrastructure to focus on arming the public with the required contextual knowledge to be able to properly understand and discuss the happenings in parliament, with the express primary mandate of bursting the Ottawa bubble and ensuring that it stays that way.

Public trust in public institutions is fundamental to a well-functioning society. Sometimes you need to get more political to get less political, and this future CBC would enjoy a much higher level of public trust and satisfaction with a public broadcaster with a reduced and specific mandate to foster tri-partisan discussion that gets heard by the Canadians who are interested to hear.