San Francisco elections official released from contract because he is white, male

"Our decision wasn't about your performance, but after twenty years we wanted to take action on the City's racial equity plan." 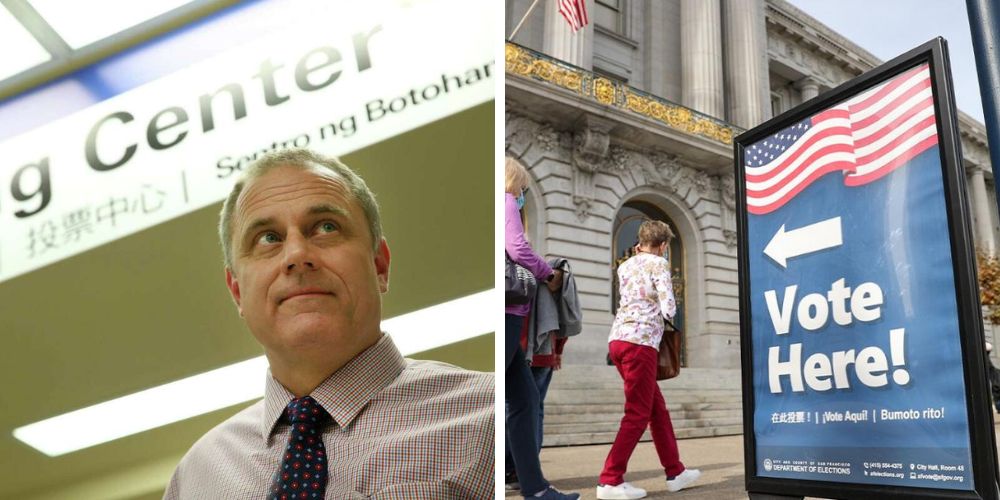 Ari Hoffman Seattle WA
Nov 24, 2022 minute read
ADVERTISEMENT
ADVERTISEMENT
The San Francisco elections director is out of a job after the Elections Commission voted not to renew his contract despite his successful 20-year record because he is a white male.

In a 4-2 vote in a closed session last week, the commission declined to renew a fifth five-year contract for John Arntz so that the city could "take action" on its "racial equity plan."

Commission president Chris Jerdonek wrote in an email obtained by local outlets, "Our decision wasn't about your performance, but after twenty years we wanted to take action on the City's racial equity plan and give people an opportunity to compete for a leadership position."

This is the same commission that in 2021 wrote to the mayor that "San Francisco runs one of the best elections in the country and we believe this transparent process has allowed us to continue to improve our elections."

In 2020, it wrote a commendation to Arntz "for his incredible leadership … The Department successfully ran two elections this year while facing significant challenges, including national threats to election security, mandatory vote-by-mail operations to all registered voters, the anticipated increase in voter participation, budget cuts, and the COVID-19 pandemic."

The city's Democratic Mayor London Breed objected to the commission's vote and said, "John Arntz has served San Francisco with integrity, and professionalism and has stayed completely independent."

"He’s remained impartial and has avoided getting caught up in the web of City politics, which is what we are seeing now as a result of this unnecessary vote. Rather than working on key issues to recover and rebuild our City, this is a good example of unfair politicization of a key part of our government that is working well for the voters of this city."

Division Manager Mayank Patel said in an email to the department, which included a letter signed by 11 other division managers supporting Arntz's renewal, "We are gravely concerned that the Elections Commission is actively seeking to remove John Arntz from his employment as the Director of Elections."

"Under the leadership of Director Arntz, our department successfully conducted over thirty public elections and rebuilt the public's confidence in the city's elections processes from the ground up. All of us have worked with Director Arntz and we know that under his experienced and proven leadership, we will continue to provide city voters with excellent service while fulfilling our mission of conducting free, fair, and functional elections for many years to come."

City Attorney David Chiu said he was "mystified" by the commission’s decision noting, "some folks have forgotten the history of this department." He added, "Before Director Arntz, we had five directors in as many years, ballot boxes floating in the bay, and an intense lack of confidence in city elections."