San Francisco Police reported that hate crimes against Asians had risen by 567 percent in 2021 compared to the previous year. 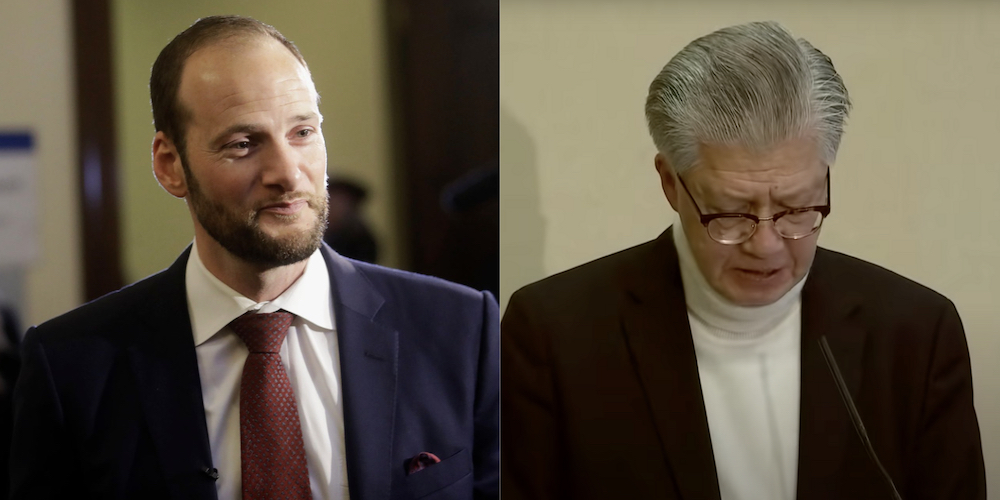 In 2019, Anh Lê was attacked with a bat and threatened with a glass bottle by a man, Mr. Tanner, and his son in San Francisco's Chinatown neighborhood. According to court documents, Tanner told Lê, "I'm going to kill you."

Tanner was later linked to two other separate attacks in Chinatown. Despite being arrested for felony terroristic threat, felony elder abuse and battery, he pleaded guilty to a misdemeanor and was given a plea deal that included one year of probation, but no jail time. Tanner was not charged with a hate crime.

During the trial, Lê was not allowed to attend hearings or read his victim impact statement, according to Fox News.

In his lawsuit against Boudin, Lê accuses the DA of failing "to uphold the fundamental rights of Asian American victims of racially-motivated violence."

"In this case, as disturbing as the attack on Mr. Lê is, equally disturbing is his mistreatment by the DA’s office in the aftermath of his violent attack by the Tanner family," the lawsuit states.

"Unfortunately, Mr. Lê was ignored, pushed aside, and shuffled around like one of the DA’s office’s many files," the lawsuit adds. "Instead of treating Mr. Lê as an individual and a citizen who had suffered a brutally racially-motivated attack, the DA’s office made Mr. Lê feel invisible."

Boudin's director of communications, Rachel Marshall, told Fox News that Boudin has taken many steps while in office to better assist victims, and ramp up advocacy against hate crimes. She adds that, "We will not stop fighting to ensure that every victim’s needs are met."

According to San Francisco Police, hate crimes are up across the board, but instances of such crimes against Asians still far outnumber those against any other group.