Santa Fe County Sheriff Adan Mendoza said in a press release on Monday, "Today the sheriff's office is releasing all files associated with our ongoing investigation." 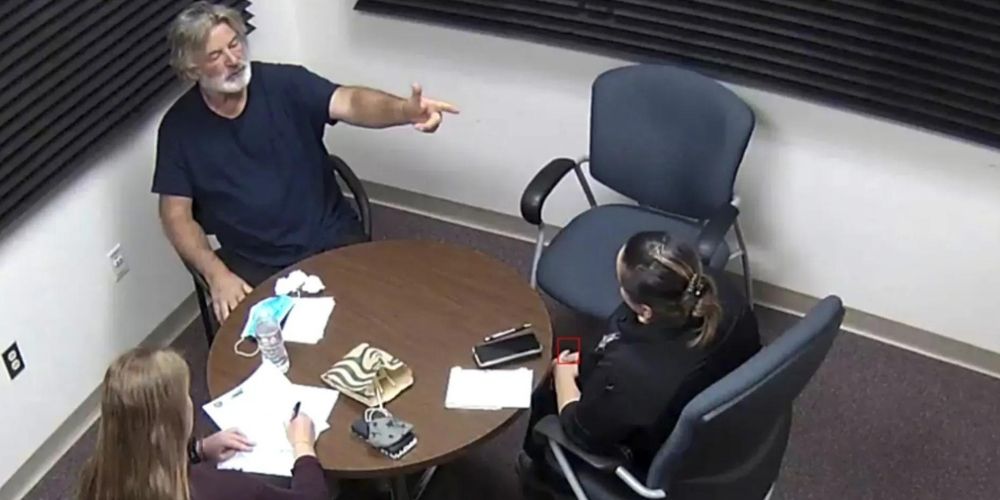 The Santa Fe Sheriff's Office released a hoard of video evidence on Monday in their ongoing investigation into actor and producer Alec Baldwin's fatal shooting of cinematographer Halyna Hutchins, 42, on-set of the Western film "Rust."

Santa Fe County Sheriff Adan Mendoza said in a press release on Monday, "Today the sheriff's office is releasing all files associated with our ongoing investigation."

"The files are all related to the 'Rust' movie set investigation and include lapel/dash camera footage from deputies and detectives, incident reports, crime scene photos, examination reports, witness interviews, set video and staff photos collected throughout the course of this investigation," Mendoza said in the press release obtained by Fox News.

Bodycam footage worn by law enforcement officers shows Baldwin holding a .45-caliber Old West revolver as it was discharged, and the frantic moments of the aftermath which included first responders trying to save Hutchins' life. Director Joel Souza was also struck by the bullet that killed Hutchins but fortunately survived.

Baldwin has repeatedly claimed that he did not "pull the trigger" and insisted that the prop-gun malfunctioned. However, in the recently released video evidence, Baldwin told authorities when brought in for questioning that he felt "no recoil" when he "shot the gun."

"When I shot the gun, away from the cameraman, I never aim the gun at the camera, I turned and I went like this," Baldwin said to investigators as he mimicked a gun with his fingers. "And she was there. And the gun went off. And she just went right on the ground."

"I take the gun out and as the barrel clears, I turn and cock the gun and the gun goes off," Baldwin told authorities.

Baldwin also told his interviewers that "Hannah [armorer] handed me the gun," which is contradictory to police reports that state Halls [assistant director] had handed Baldwin the gun and told him it was "cold" or safe, before the incident, Fox News reports.

It's worth noting that Souza also told police "the armorer" handed Baldwin the gun but later said that he was "zonked out" on medication and couldn't recall.

"A very loud bang, and it felt like somebody kicked me in the shoulder," Souza said while recovering in the hospital. "And then I was down on my *ss, and then I look over and see the cinematographer, Halyna Hutchins, with blood coming out of her back…I think it went through her and into me."

In another video released by the Santa Fe Sheriff's Office, first responders can be seen critically trying to save the lives of Hutchins and Souza. Hutchins was responsive in the video. She was pronounced dead at the University of New Mexico Hospital in Albuquerque after being transported by helicopter.

More bodycam worn footage shows a telephone conversation between Baldwin and a sheriffs deputy where the actor is asked how a live-round made its way to set and whether or not a "defective dummy" could fire.

"So, there's a chance that it was actually a dummy that was defective?" Baldwin asked. "I've never heard of that."

The deputy told Baldwin that the investigation remains ongoing and said they weren't trying to provide detailed information to the media, "They have been calling the office of our PIO (public information officer) nonstop."

Baldwin was also a producer on the film, but he doesn't blame himself for the accident.

"I feel that someone is responsible for what happened, and I can't say who that is, but I know it's not me," Baldwin previously said.

A couple of months after the incident, Baldwin went on a "bizarre rant" where he appeared to deny any personal agency in the on-set shooting of Hutchins on Oct 21, 2021.

"The best way — the only way — we can honor the death of Halyna Hutchins [the cinematographer in question] is to find out the truth," Baldwin said in the video.

Investigators said they are still waiting for phone records and ballistic information in order to complete the criminal investigation.

Baldwin has not been charged.