Deranged pro-trans activists ripped out pages of the Bible and ate them as they protested Daily Wire's Matt Walsh for holding an event on the University of Wisconsin-Madison campus. 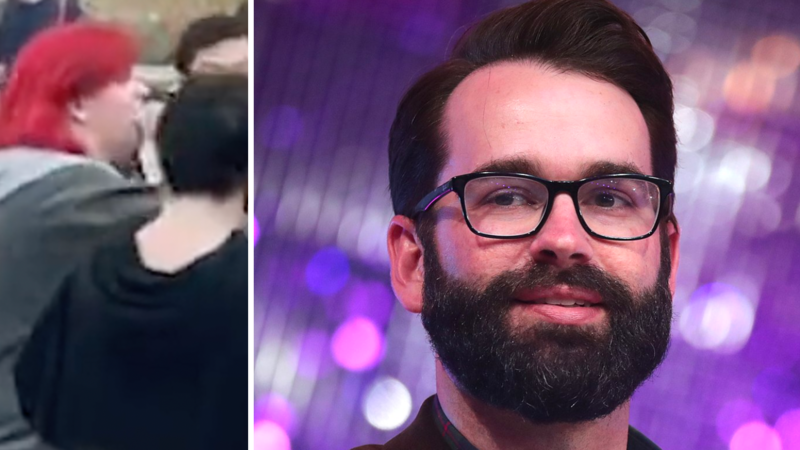 The Post Millennial
Oct 29, 2022 minute read
ADVERTISEMENT
ADVERTISEMENT
Deranged pro-trans activists ripped out pages of the Bible and ate them as they protested Daily Wire's Matt Walsh for holding an event on the University of Wisconsin-Madison campus.

Walsh was in town to promote his widely popular "What Is a Woman" documentary, a film that debunks the junk science and social theories behind the radical transgender movement.

The video was captured by the YAF organization on its Twitter feed:

The activists and protesters chanted vulgar slogans, referring to Walsh as a "f*cking racist" and pledging to "collectively chase Nazis off the U-W campus."

"I want to thank also the leftist crybabies for the free advertising spray-painted all over campus," Walsh said at his event, adding "To the UW-Madison administration: you should be ashamed of yourselves. You are disgraceful, self-debasing cowards, and you spineless, gutless clowns owe me an apology."

In response to the clip of activists destroying the Holy Bible, Walsh said:

"Well, you can be on the side that eats the Bible and castrates children, or you can be on literally any side but that one. Your choice, America."