"What do we want? Walsh out. When do we want it? Now!" protestors screeched, calling for him to be kicked off campus. One unruly protestor was eventually arrested following a struggle with five officers. 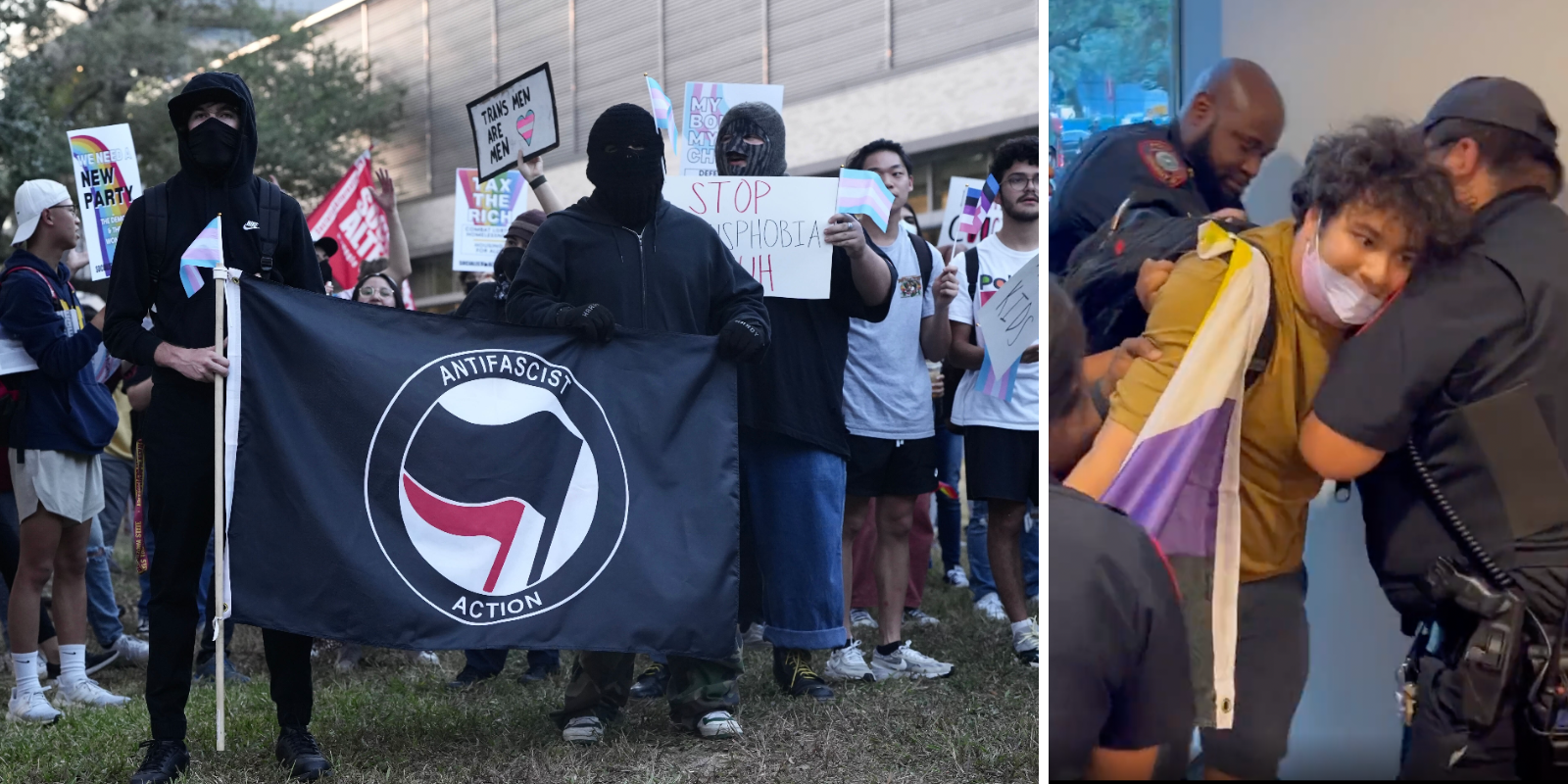 On Thursday, the University of Houston chapter of Young Conservatives of Texas welcomed Daily Wire host, author, and filmmaker Matt Walsh for a showing of his latest documentary, What is a Woman.

The event drew crowds of both supporters and protestors, with members of Antifa and other leftist groups gathering outside the auditorium, where they were later joined by those who had watched the film.

Protestors stood outside the building where the screening was taking place to object to the showing of the film.

"What do we want? Walsh out. When do we want it? Now!" protestors screeched, calling for him to be kicked off campus.

“I have taken their feedback into consideration but unfortunately I must decline their request at this time,” Walsh stated in response.

One unruly protestor was eventually arrested following a struggle with five officers.

"We, as workers, as students, have the power to shut sh*t down!" another protestor said, reiterating calls to deplatform Walsh.

Walsh was not the only target of their ire. Protestors went after Texas governor Greg Abbott as well, who they accused of engaging in "attacks against trans youth."

"If you can't abort them you want to mutilate them, right?" one man asked protestors.

"One or the other you just gotta f*ckin’ f*ck kids’ lives up, huh?" He began discussing the genital mutilation of children, but was approached by a security guard and piped down.

When leftists shouted calls to “protect trans youth,” Walsh’s supporters responded with chants of “Save our kids!”

“Leave the children out of it!” one woman added.

Police on horseback were eventually called in to clear a path for those exiting the screening.