"What is a Woman" documentarian and Daily Wire host Matt Walsh got into a public back-and-forth with author JK Rowling over his criticism of Macy Gray changing her definition of "woman." 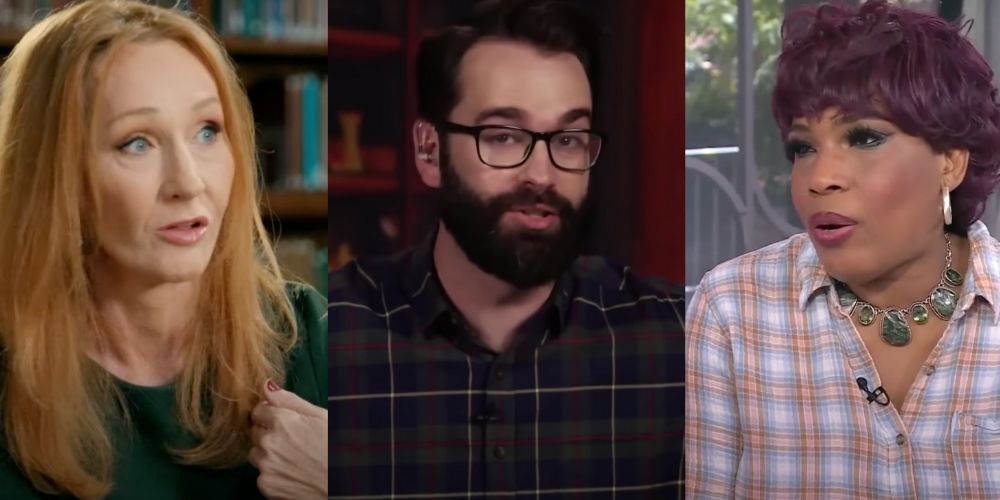 "What is a Woman" documentarian and Daily Wire host Matt Walsh got into a public back-and-forth with author JK Rowling over his criticism of Macy Gray changing her definition of "woman."

After being told to "back off" from Macy Gray, Walsh posted on Twitter "Sorry but women who publicly renounce the definition of 'woman' for fear of mean comments from trans activists deserve all the scorn they get. That kind of gutless cowardice is exactly what got us into this position in the first place."

Rowling responded to Walsh saying, "Endless death and rape threats, threats of loss of livelihood, employers targeted, physical harassment, family address posted online with picture of bomb-making manual aren't 'mean comments'. If you don't yet understand what happens to women who stand up on this issue, back off."

Both Rowling and Walsh have faced threats and harassment over their criticism of radical gender ideology.

Walsh responded with, "All of those things and then some have happened to me in the last month because of my film. But if I had backed down and crumbled to the trans activists, I'd deserve to be scorned for it. Cowardice is what empowers these people. Nothing will ever improve until people stop caving."

Rowling, despite her position on sex and biology, has otherwise been deeply ensconced in progressive left ideology. Walsh has said that he "will join forces with anyone to bring down gender ideology."

Sunday's back-and-forth originated when evolutionary behavioral scientist Gad Saad tagged Walsh in a criticism of Macy Gray's reversal on the definition of a woman.

On Monday, Gray appeared on Piers Morgan Uncensored and said a woman was "a human being with boobs" and "a vagina" and "just because you go change your parts, doesn't make you a woman. Sorry."

After backlash, Gray appeared on the Today Show just three days later on Thursday morning to change her answer. She told the Today Show,"I've learned so much and I think, you know, being a woman is a vibe."

It was that quote that Gad Saad criticized on Twitter saying, "Dear [Macy Gray], I’m getting a weird vibe tonight. Can you walk me through the process of how I might establish that I’m a woman? Perhaps [Matt Walsh] can help?"

Saad and Walsh were told to "back off" by the UK feminist organization Filia when they wrote, "You will receive far less backlash than [Macy Gray] simply because you are male. Stop picking an easy target, and start doing the hard work, as Feminists have been doing for years. You don't get brownie points for targeting Women."

Rowling seemingly ended the back-and-forth with praise for Walsh's "What is a Woman" film but scorn for his use of "coward" to describe Gray saying, "Your film did a good job exposing the incoherence of gender identity theory and some of the harms it's done. Many institutions I used to admire have uncritically embraced this dogma, but I reserve my ire for them rather than shouting 'coward' at individual women."

Rowling did not publicly respond to request from Walsh to continue the conversation offline.