Hernandez added, "if you go out on the streets of America and you speak to these communities, you know, they would be insulted by this type of commentary." 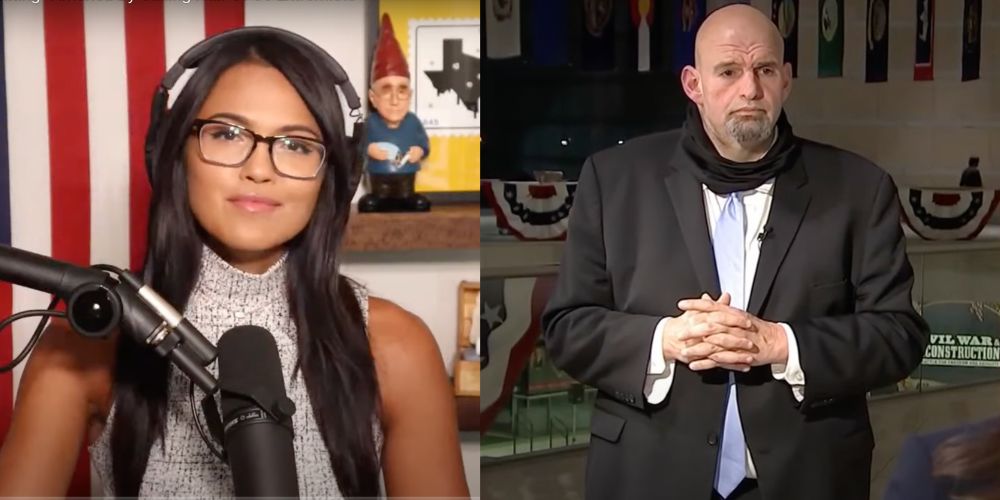 On Thursday's episode of Newsmax's "The Chris Salcedo Show," The Post Millennial contributor Savanah Hernandez slammed to Democratic politicians and candidates that lie about the security of the southern border and ignore the concerns of conservative minority communities across the country.

When the host asks Hernandez to respond to Fetterman's claims that "people of color are less likely to have their ID, " she said that he's "uneducated and unaware of the minority communities and the reality of how educated we are in this country."

According to the New York Post, Fetterman said that he believes voter ID is wrong because "people of color are less likely to have their ID." In every election since 2020, with the president leading the charge, Democrats have declared voter ID laws are racist and the "new Jim Crow."

"Now, I recently wrote a piece for HumanEvents.com because just like John Fetterman here, we also have the press secretary continuously lying every single day regarding what is actually going on in our country with the Hispanic community, what they want," said Hernandez.

"We are very educated, we have IDs, and we want safety and security in our country when it comes to both our elections and our border," she said of the Hispanic community in the United States.

"We're seeing what's going on and the American people are so tired of being lied to," said Hernandez. "They're tired of Karine Jean-Pierre coming up in front of the American public and saying, 'yeah, it's not like illegals are just walking across our border every day and the Biden administration is keeping our border secure.' Those are absolute lies similar to, you know, all of these statements that are coming out of this candidate in Pennsylvania."

Biden's border crisis has seen a record-high number of illegal immigrants crossing over into the US in a humanitarian crisis that has seen Texas governor Greg Abbott busing migrants to sanctuary cities to relieve the influx.

"And the conservative Hispanic community is very traditional. They're very smart, and they want to save this country," she said.

"So again, when it comes to this type of rhetoric, it's just, it's comical to be quite honest with you, because if you go out on the streets of America and you speak to these communities, you know, they would be insulted by this type of commentary," Hernandez concluded.