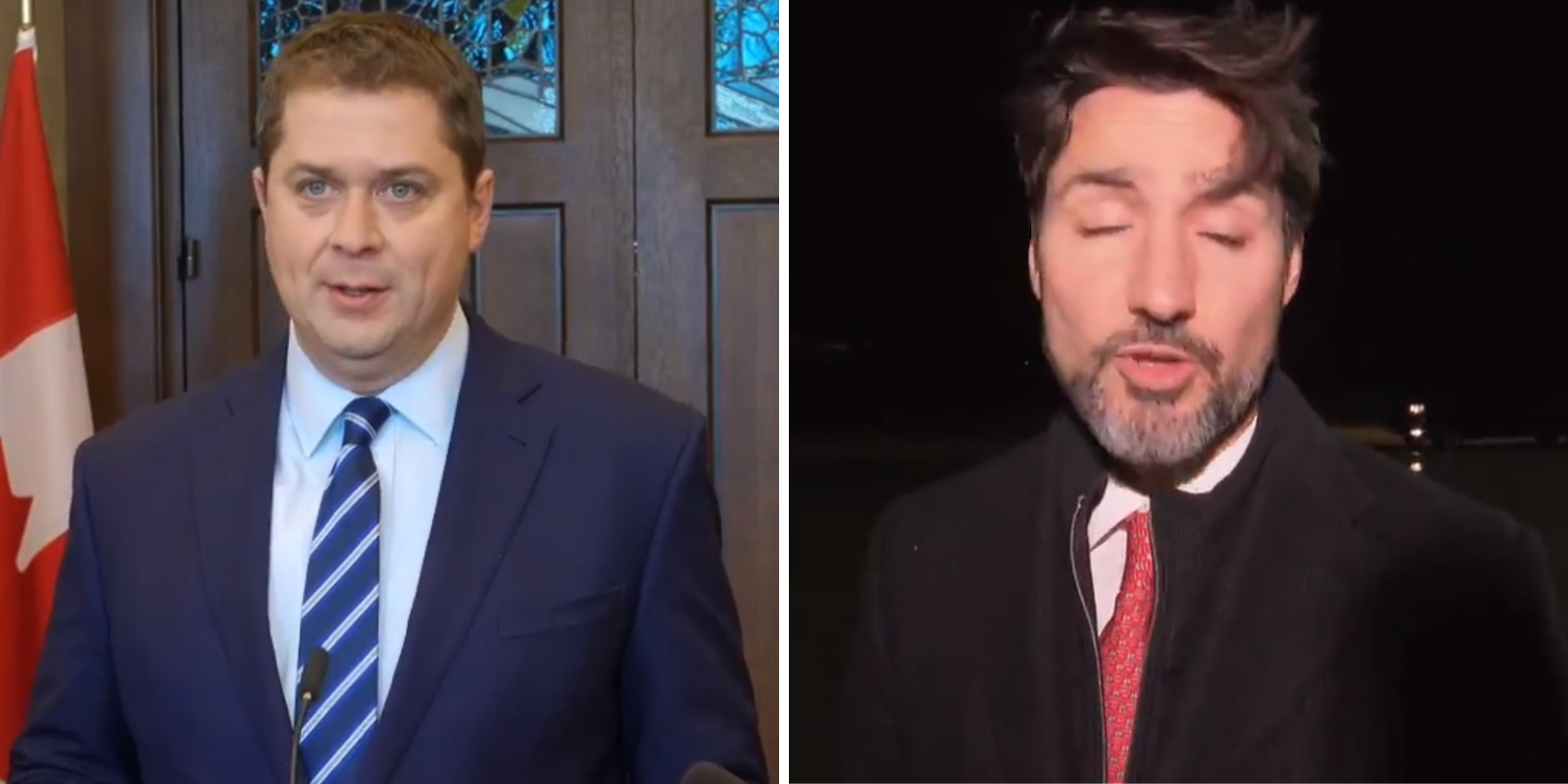 “Justin Trudeau has failed to act,” Conservative Party Leader Andrew Scheer said to media today regarding the #ShutDownCanada protests, which have halted Canada’s economy for the time being.

Scheer started the address by saying that it’s time for the law “to be enforced” to clear blockades, asking that Trudeau and Security Minister Bill Blair end the blockades.

“Quite frankly this is getting ridiculous. radical activists many of whom have no connection to the Wetsuweten people are holding our country’s economy hostage. meanwhile, our Prime Minister has been on a vanity project to get a vote in the UN, neglecting his duties here at home,” said Scheer on Friday morning.

“I would direct the RCMP to enforce the law,” continued Scheer. “They are threatening the jobs of thousands, he adds. “These activists may have the luxury of spending days at a time” at a blockade, “but they need to check their privilege.”

The protests have caused problems across the country, as everything from propane to chlorine to food supplies have been impacted.

“If we want to respect First Nations’ will on this, we should be supporting Coastal GasLink,” Scheer says. Activists are “missing out on fact” that project has support from band councils and others along the route, he says. “The protestors who claim to care about the impact on First Nations communities and oppose Coastal Gas Link are doing it wrong.”

When Prime Minister Trudeau was asked about the issue, he said the situation was something they were watching “very closely.”

“Obviously we’re a country of the rule of law, and we need to make sure that those laws are followed,” the Prime Minister told reporters in Munich.