Omeish said a school board resolution calling for a moment of silence marking the 20th anniversary of 9/11 was not "anti-racist." 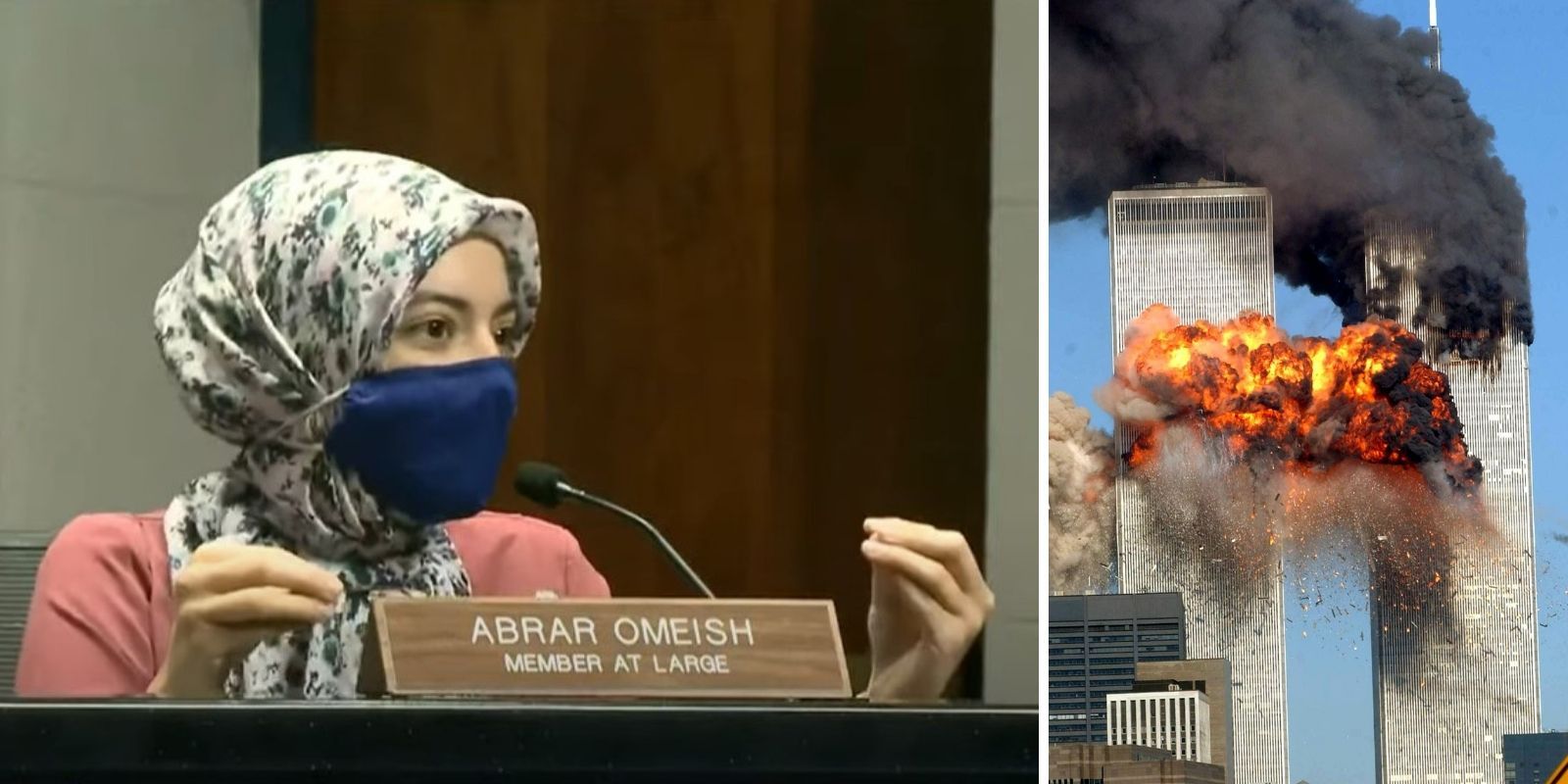 Abrar Omeish, who serves on the school board of Fairfax County Public Schools near the Pentagon and whose father was the director of the Dar al-Hijrah mosque with al-Qaeda ties, spoke out in opposition to a resolution honoring the victims of 9/11. The controversial mosque in Falls Church, Virginia, had hired Anwar al-Awlaki, an al-Qaeda operative to serve as its imam. Former President Barack Obama later ordered the top Al-Qaeda operative to be killed by drone strike. The mosque itself was regularly attended by two of the 9/11 hijackers in the Sept. 11, 2001, attacks as well as the shooter in the 2009 attack in Fort Hood, Texas.

Omeish said a school board resolution calling for a moment of silence marking the 20th anniversary of 9/11 was not "anti-racist." While acknowledging that 9/1 was "jarring" and a "historic turning point in [American] history," the resolution failed to address "state-sponsored traumas" against American Muslims.

"Just two years ago, even I was profiled as a threat, in one of the most traumatic experiences of my life," the school board member said.

This claim appears to refer to an incident where Omeish was pulled over by the police officers for running a red light and was removed from her vehicle after she failed to show her license. Video footage shows the obvious traffic infraction and establishes that responding officers could not make out her appearance.

Omeish called for a system "where all pain and trauma is acknowledged as legitimate and worthy of recognition" before declaring her opposition to the resolution: "I vote against this today because our omission of these realities causes harm. We are elevating a traumatic event without cultural competence."

The issues with "cultural competence" are expected to be addressed by the Fairfax County Public Schools (FCPS)'s "equity team," which Omeish hopes "will follow up with Dr. Amaarah Decuir and other state advisors whose expertise enlightens us on this topic. I hope we can include these components in our broader anti-racist, [and] anti-bias work." Decuir had produced a video for the Virginia Department of Education that instructs educators on how to teach about 9/11.

"We are not going to reproduce a false assumption of Muslim responsibility for 9/11. We're just going to begin right there and name that there is no responsibility ...We're also not going to reproduce what's understood as American exceptionalism ... You name what happened and that's it. There's no further need to describe it, embellish it, name them, provide details. That's not relevant ... don't reproduce a single American narrative, that there's only one way to understand 9/11," the video's content taught school personnel.

The state's Department of Education hosted the speaker who instructed teachers to exclude the role Muslim extremism played when teaching students about 9/11.

In a PowerPoint delivered by "Education Leadership scholar," DeCuir, teachers were instructed to avoid using language that could pin the events of 9/11 on Muslim extremism. The lecturer pointed to the heightened anti-Muslim sentiment that is alleged to increase around the anniversary of the 9/11 attacks.

The resolution to which Omeish objected stated that "in recognition of the 20-year anniversary of the terrorist attacks on the World Trade Center towers in New York City, the Pentagon in Arlington, Virginia, and United Airlines Flight 93," and while rejecting "fear and oppression," a "moment of silence will be observed in every Fairfax County Public School" and that teachers should "share the history and lessons learned from this tragic day with their students and to correct misconceptions and stereotypes about all cultures and religions in a sensitive manner." The Daily Wire reported on Omeish's full remarks.

"The token phrasing around 9/11 is 'Never Forget.' As a nation we remember a jarring event, no doubt. But we choose to forget, as this resolution does, the fear, the ostracization and the collective blame," Omeish reiterated.

Omeish also gave a speech to graduating high school students back in June when she told the graduates they're going into a society filled with "racism, extreme versions of individualism and capitalism, [and] white supremacy."

The school board member then went on to tell the majority-immigrant group of students graduating from Justice High School in Falls Church, Virginia, that the graduated should remember their "jihad" and to a4void objectivity and neutrality.