Scott Smiley was even honored by the NFL Franchise in 2014 by hoisting the 12th Man flag at a Seahawks game against the New York Giants. The Smiley campaign said the jersey seen in the ad was a gift from the team when he raised the flag. 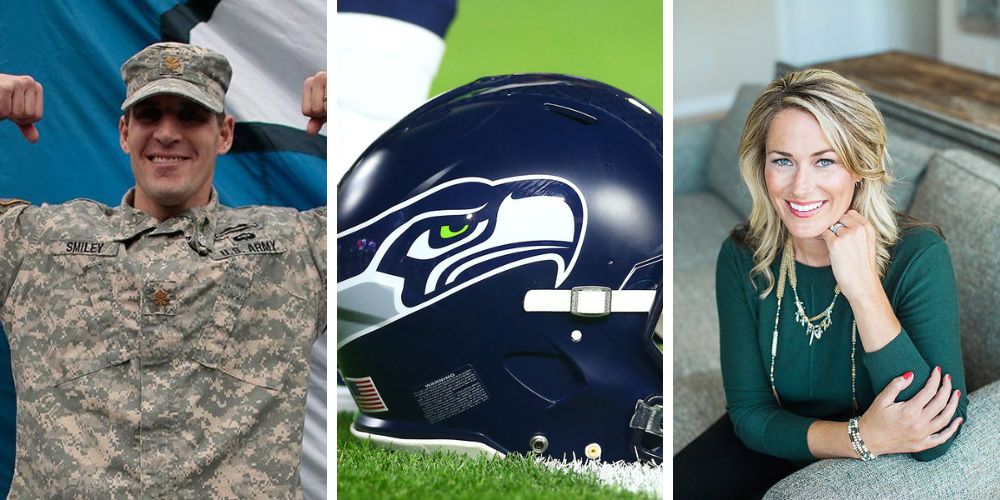 Ari Hoffman Seattle WA
Oct 2, 2022 minute read
ADVERTISEMENT
ADVERTISEMENT
Instead of focusing on their troubles on the field, The Seattle Seahawks (1-2) have decided to turn their resources on Washington’s Republican Senate candidate Tiffany Smiley and her husband Scott, a US Armey veteran who was blinded in a terrorist attack in Iraq, whom the NFL Franchise had previously honored at a game.

The Seattle Seahawks sent a “Cease and Desist” letter regarding Smiley’s “Game Day” commercial demanding the campaign “immediately cease” its “unauthorized commercial use” of their copyrighted material.

In the “Game Day” spot, Smiley is in a kitchen preparing to watch a football game and slams her Democratic opponent 30 year incumbent Patty Murray and her party for the spiking cost of food.

Five days later, the Smiley campaign received an email from the Seahawks claiming a trademark violation.

The ad briefly showed Smiley’s husband, Scotty, a retired US Army Ranger who was blinded by shrapnel in Iraq, saying that “even beer” prices are increasing. 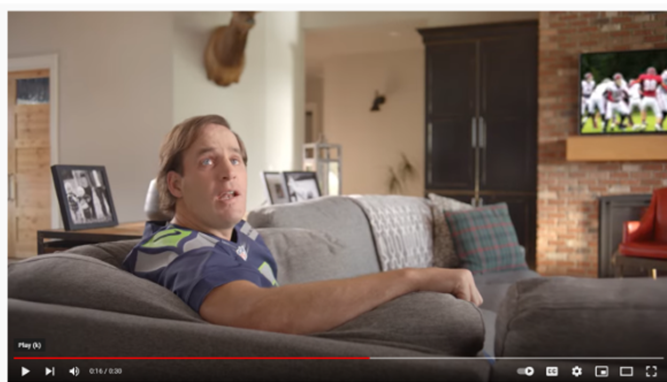 According to The Wall Street Journal, in the commercial “you only see his shoulders above a tall couch—and if you get a magnifying glass, you might make out a letter or two from the word ‘Seahawks.’”

Scott Smiley was even honored by the NFL Franchise in 2014 by hoisting the 12th Man flag at a Seahawks game against the New York Giants. The Smiley campaign told journalist Brandi Kruse that Scott was given the jersey seen in the ad as a gift from the team when he raised the flag. 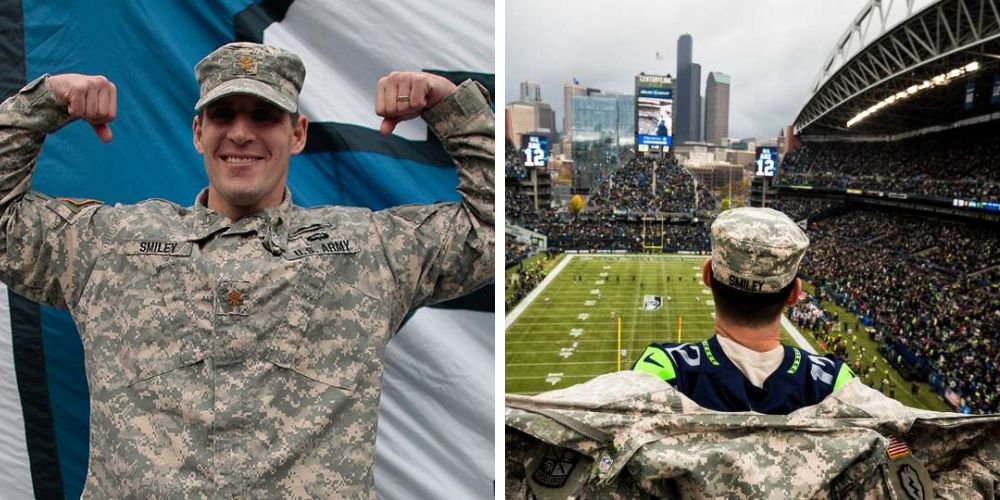 The campaign made a small adjustment to the “Game Day” ad by removing certain items and colors on the jersey. 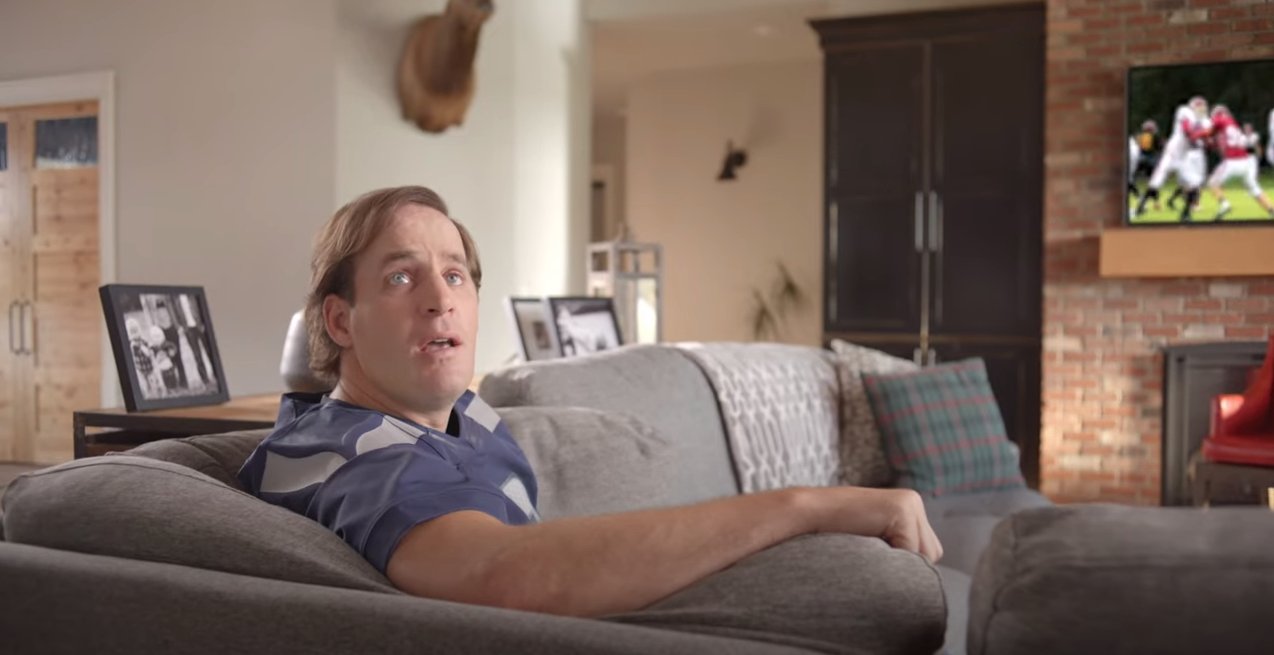 Tiffany Smiley is a former triage nurse who fought for her husband to remain on active service in the military after he was blinded during combat. She also championed additional VA reforms that were signed into law by President Donald Trump.

The Journal noted regarding the Seahawks’ letter about Scott’s jersey, “Nothing like your local sports franchise dumping cease-and-desist orders on wounded veterans.”

Kristian Hemphill, Campaign Manager for Smiley for Washington said in a statement, “Woke corporations thought they could help Patty Murray by BULLYING Tiffany with senseless legal threats. Their efforts have both failed and backfired. This campaign will continue to hold to account the failures of a three-decade incumbent and offer Washingtonians a path from crisis to hope, just as Tiffany did for Scotty and countless other injured veterans.”

The saga with the Seahawks came on the heels of Starbucks and the Seattle Times sending similar “Cease and Desist” letters claiming unauthorized use of their logos and content in another Smiley for Washington campaign spot called “Cup of Coffee.”

In response to the Seattle Times claim, the Smiley for Washington campaign filed a complaint with the Federal Elections Commission accusing the outlet of a prohibited corporate in-kind contribution to Patty Murray’s campaign since the Times had previously allowed Murray, whom they have endorsed, to use their logo and content without a license during her 2016 re-election campaign.

Typically, individual companies do not directly help or target candidates and instead donate to political-action committees and have them do the dirty work.

Murray, the media, and corporate supporters are likely getting more desperate as a recent Trafalgar Group poll showed Smiley just two points behind Murray. Additionally, The Washington Post earlier this week gave 30-year incumbent "Four Pinocchios" for her false claim that if Republicans take back the Senate in the 2022 midterms they "plan to end Social Security and Medicare."

According to The Wall Street Journal, Senate Majority Leader Chuck Schumer appears to be concerned as well recently transferred $500,000 from his own campaign funds to Murray’s campaign.