King County has released 650 adult prisoners so far since the outbreak of the pandemic. This despite empty jails that are being turned into homeless shelters that would have allowed for social distancing. 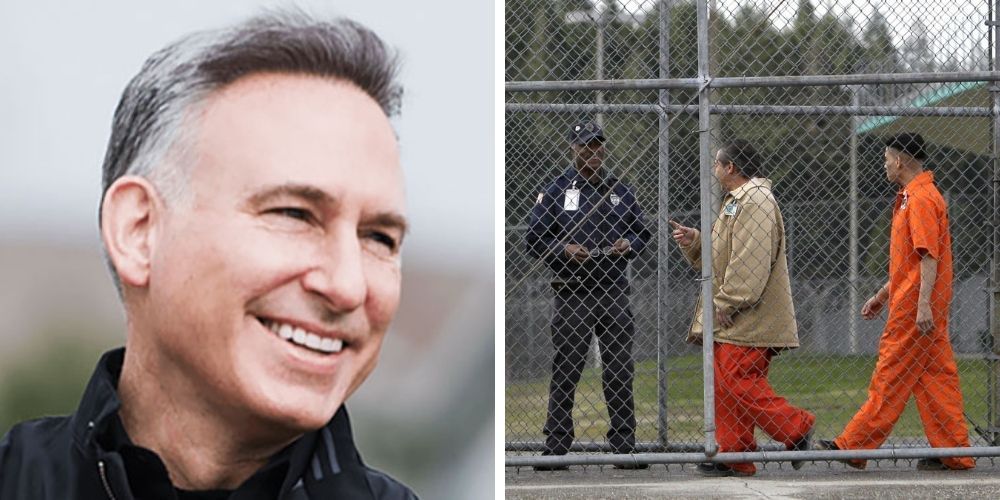 Seattle and King County have released prisoners under the guise of COVID, despite a massive spike in crime in the region.

King County posted on their website, "We are taking emergency actions to ensure the safety of everyone at our correctional facilities, based on recommendations from the Centers for Disease Control and Prevention as well as Public Health."

According to a press release, this was done "under the direction of King County Executive Dow Constantine."

"We are working with each of our partners in the criminal justice system – courts, public defenders, prosecutors, corrections, and law enforcement – to quickly and safely decrease the number of people who are in custody to provide our staff more opportunities to ensure everyone’s health and safety. The number of youth at the Children and Family Justice Center is already low enough that each youth has their own individual dorm room where our staff provides individualized care." All of this for only 2 confirmed cases of current inmates

Out of the 10,150 adult prisoners who were tested over the course of the pandemic, 290 (2.85 percent) tested positive for coronavirus. However, officials did not specify any that were hospitalized or died. Prisoners in the state were prioritized for the vaccine over many other categories of people during the first rollout, therefore it is likely that many, if not all of the prisoners are already vaccinated.

UPDATE: According to the Department of Adult and Juvenile Detention, "No inmates have died of COVID-related causes while in our custody as of this writing. The majority of new infections among people in our custody, as in the community at large, have occurred among people who are not vaccinated. Most of the cases among adult inmates to date were detected before April 15, 2021, when all Washingtonians 16 and up became eligible for the vaccine. (We ran the numbers on Monday – as of that day, 61 cases has been recorded since April 15, 2021.) At present, only slightly over half of the adults in our custody are vaccinated. We have the ability to vaccinate anyone who wants to receive it, and we offer the vaccine to everyone in custody. There has been high vaccine hesitancy – the current refusal rate is nearly 62%. We have tried a variety of methods to encourage vaccines, such as bringing in UW physicians to conduct education events for people in custody, showing videos to promote vaccination and providing relevant educational materials about COVID-19 vaccines."

King County has released 650 adult prisoners so far since the outbreak of the pandemic. This despite empty jails that are being turned into homeless shelters that would have allowed for social distancing. They have also released 26 youth offenders.

According to the county, "The courts, not jails, determine how long someone is in custody. We are working with courts – as well as public defenders, prosecutors, corrections, and law enforcement – to quickly and safely decrease the number of people who are in custody to provide our staff with the best opportunity to keep everyone healthy and safe."

Seattle City Attorney Pete Holmes recently conceded his campaign for re-election after coming in behind two challengers in a top two primary. Many pointed to Holmes’s "catch-and-release" and "revolving door" justice policies as the reason he failed to advance. Holmes has demonized law enforcement and police officers.

The releases are likely to exacerbate the growing crime in the area. At the height of the pandemic, Washington state Democrat Governor Jay Inslee released thousands of prisoners, many of whom re-offended and were re-arrested shortly after release.

In April of 2020, the state Supreme Court of Washington rejected Inslee's attempt to release of thousands of inmates to help stem the spread of the virus, including Gary Ridgway, the "Green River Killer," who in 2003 was sentenced to life in prison after confessing to killing as many as 49 women in the 1980's.

Seattle’s homicide rate doubled in 2020 from the previous year. The city and county are on track to beat 25-year record high numbers in 2021.

Crime is so bad in the city that county employees refused to work at the King County Courthouse in downtown Seattle. A deadly homeless encampment was allowed to remain next door for over a year. Three to five assaults of courthouse employees occurred per week near the building. A 67-year-old man was assaulted, and his dog murdered in the encampment by a prolific offender, who was released from custody and another man was stabbed. The encampment was finally cleared last week after the attempted rape of a county employee in a courthouse bathroom. Even the King County Sheriff’s office told their employees not to work in the building.