The move sparked outrage among homeless rights activists which resulted in protests and threats towards the dealership. 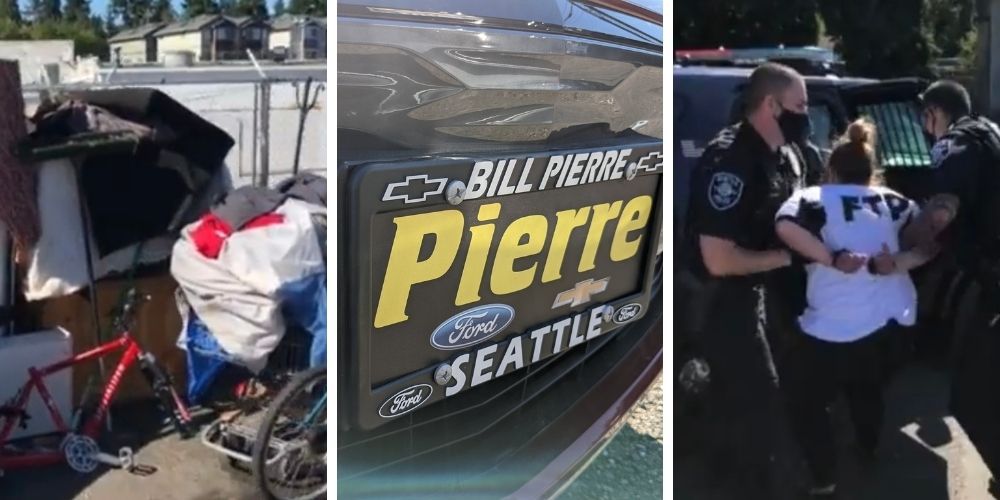 A car dealership in Seattle, Washington found themselves at the center of controversy last week after they decided to take a novel approach to prevent crime-ridden homeless encampments from being erected near their lot. The move sparked outrage among homeless rights activists which resulted in protests and threats towards the dealership.

Seattle's homelessness crisis has brought criminal activity with it. The Bill Pierre car dealership in Lake City decided to take action in what they say was an attempt to keep the community safe.

Employees at Bill Pierre's car dealership strategically moved vehicles out of the lot and parked them along 30th Ave. in an attempt to prevent homeless residents from camping in front of their lot. Although it's a public street, Bill Pierre has property rights on the opposite side of the street where vagrants typically pitch tents and camp.

"I'm calling it an illegal vigilante sweep," Whittle told KOMO News. "Because if they get away with what they've done, this is going to happen in other areas."

However, Bill Pierre's attorney Anne Bremner said the decision made by the car dealership was done strictly out of "love" for the community.

"Several members of the business and residential community made the hard decision to come together and help clean up a non-permitted encampment filled with human excrement, rodents, criminal activity and used needles that were unsafe for everyone. The Pierre's support was driven only by the love they have for the community in which they live and work," Bremner said in a statement reported by KOMO News.

A neighboring business owner supported the dealerships actions and said elected officials are failing their constituents.

"Personally, I feel unsupported," business owner Douglas Gaither of Northwest Automotive told KOMO News. "We are put in a position where we have to go out (and) we monitor these people."

During Friday's events, Seattle PD arrested a woman for trespassing who was protesting in favor of the homeless residents camping nearly on the lot.

According to KOMO News, homeless residents immediately began to move back onto 30th Ave once the car dealership moved their vehicles and began setting up camp.