Marxist Seattle Council Member Kshama Sawant has been funneling money from the "Tax Amazon" campaign to her husband and members of her political group, The Socialist Alternative. 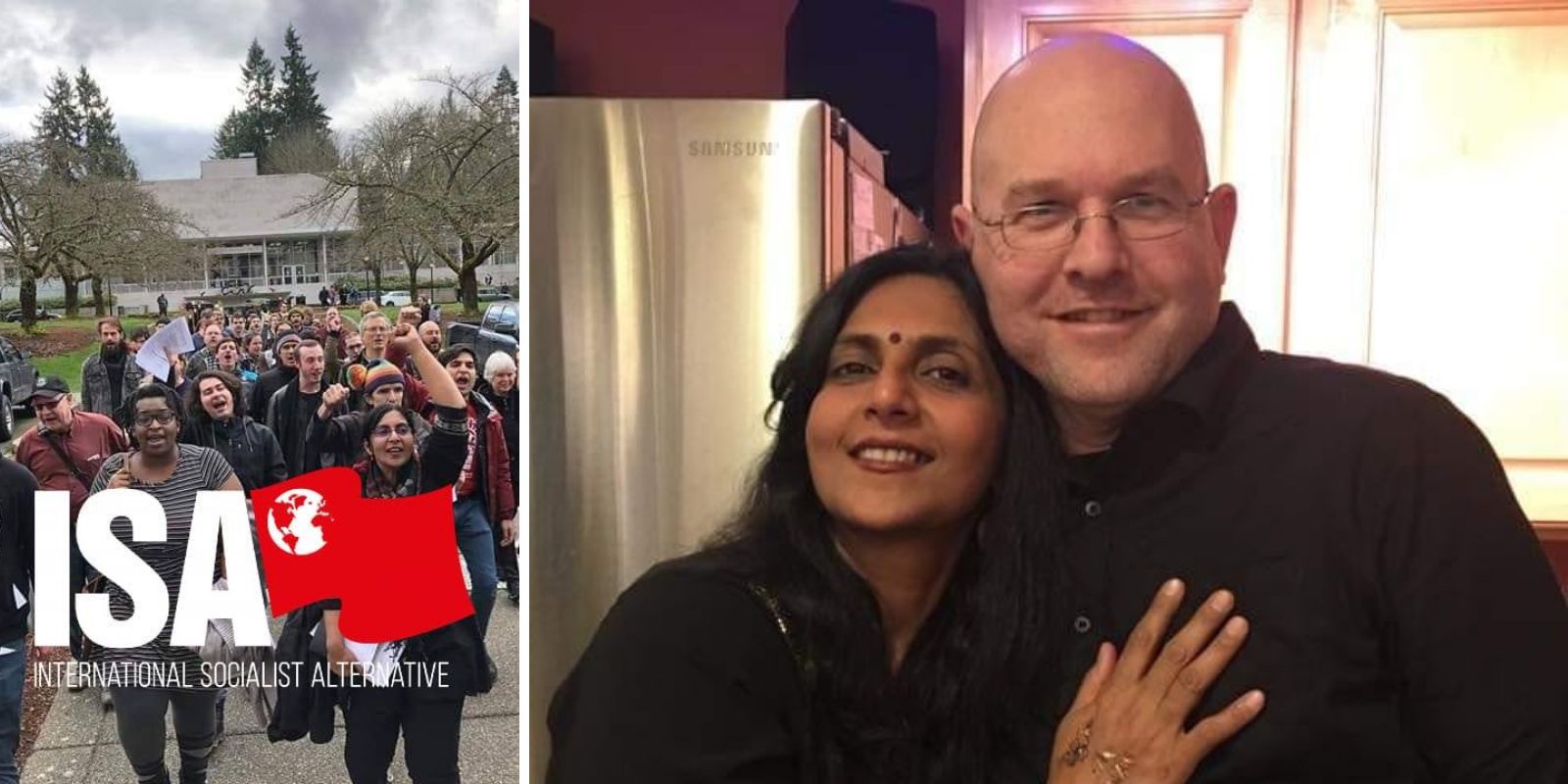 Marxist Seattle Council Member Kshama Sawant has been funneling money from the "Tax Amazon" campaign to her husband and members of her political group, The Socialist Alternative.

The most recent filing with the Public Disclosure Commission for the Tax Amazon campaign included Sawant's husband Calvin Priest who works for The Socialist Alternative. In the past, Sawant claimed  that she would only take $40,000 a year an "ordinary worker’s salary" and gives the rest of her City Council salary to a "solidarity fund" to help build social justice movements.

These movements are Sawant own political organizations that then pay her husband's salary and cover travel for the couple. According to SCC insight "Sawant and Priest had over $13,000 of travel paid for them over the course of 2017: $1,850 by 'Movement for the 99 percent' and $11,176 by Socialist Alternative. Priest also works for Socialist Alternative, and Sawant reported that he received between $10,000 and $25,000 in income from that job."

SCC insight notes that in 2018 "Sawant gave $13,800 to Socialist Alternative, and Socialist Alternative in turn spent over $11,000 flying Sawant and Priest around the world." During her first campaign in 2013 Sawant, the anti Capitalist activist received criticism for pushing her socialist views while her previous husband made a six-figure income at Microsoft. Sawant’s home is also valued at over a million dollars.

In addition to Sawant's husband, previous workers on Sawant's election campaigns were listed on the filing as having been paid by the Tax Amazon campaign. Eva Metz was an organizer with the committee to re-elect Kshama Sawant and with Red May Seattle, an organization that operates anti Capitalist events in Seattle. Rosemary Daniels a graphic designer with the re elect Sawant campaign was also listed.

The last two listed on the filing are Hannah Swoboda and Joe Sugrue. Both work with Sawant's Socialist Alternative.

As noted by SCC Insight the Socialist Alternative "for many years it was registered with the IRS as a 501(c)(4) 'social welfare organization.' But in 2013 it stopped filing the required annual Form 990 financial disclosures (a nonprofit’s equivalent of a tax return), and in 2016 the IRS revoked its 501(c)(4) status."

SCC Insight continues "…The domain name 'socialistalternative.org' is registered to the Seattle office, and the administrative contact is Ted Virdone — a longtime SA member and currently a legislative assistant working for Sawant." Sawant faced ethics charges in 2019 for allowing the Socialist Alternative to make decisions for her council office.

The Seattle City Council passed the Jump Start Seattle legislation aka the Amazon Tax in July and yet these payments were listed on the August filing. Though on the surface some may claim that this could be as a result of book keeping by the campaign left over from July. However, the "Tax Amazon" initiative was designed to put the new tax on the November ballot.

The money was raised and signatures were collected to qualify for the ballot, but the deadline to submit those signatures was July 2 and signatures were never submitted. Most likely because the council legislation was an almost certainty or they did not get enough signatures. Either way, bills would have been paid and filed at the end of the effort in July. Yet the campaign still had approximately $90,000 in unspent donated campaign money that appears to now be going to Sawant's allies.

Though this could be seen by some as just normal campaign staffing practices, also listed on the filing is SurePayroll, which is listed as a vendor for "payroll taxes." Payroll taxes are approximately 7 percent of wages paid. SurePayroll has been itemized for over $20,000 of expenditures in the last three months and yet the campaign has not disclosed who the recipients of that money is. This also raises the question of why Sawant's allies were not on the regular payroll as the other employees of the campaign were.

Sawant's grifting questionable funding practices were brought into light again Monday when she asked the Seattle City Council to pay for her defense against a recently filed recall petition.

This is not the first time Seattle taxpayers have been asked to foot the bill for Sawant's legal bills. In 2019, the city of Seattle paid for Sawant's defense against a defamation suit filed by two Seattle police officers over public statements she made demonizing them in statements regarding a shooting of a suspect that was found to have 'posed a threat of death or severe injury."

In 2018. the city paid over $250,000 to defend Sawant in another defamation suit brought by a landlord Carl Haglund who Sawant called a "notorious slumlord" and, according to Haglund's attorney defamed him, subjected him to discriminatory treatment, and violated his privacy, due process, takings, and equal protection rights as Sawant used him and his name to pass legislation.

While Sawant and her allies have been profiting off the campaign, businesses in Seattle continue to flee. Monday, Facebook announced that it is buying REI’s unused complex in Bellevue, seemingly following Amazon’s lead to take steps to abandon Seattle. Last week, Amazon did not renew its lease for the top eight floors of an office building in South Lake Union. The space totals over 180,000 square feet. Amazon, which leases over six million square feet of office space in Seattle, recently announced it will be bringing 25,000 jobs to Bellevue. These reportedly include moving Seattle jobs to Bellevue.

Businesses that relied on tech foot traffic in Seattle have been suffering and closing since the coronavirus shutdowns. Now the prospects of recovery seem slimmer by the day as more companies move out of Seattle in response to the "Amazon Tax" that Sawant and her allies claimed was designed to help the workers and low income earners who are now ironically suffering the most.