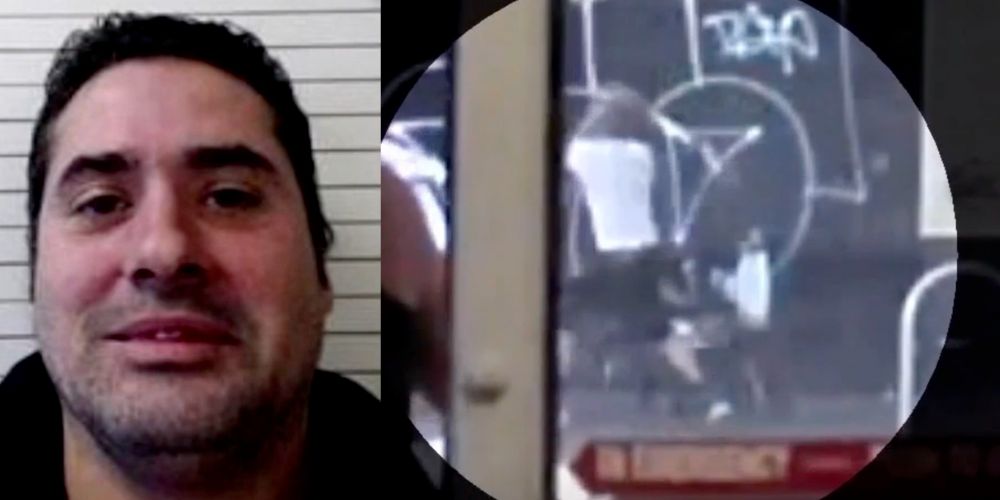 Seattle resident 66-year-old Rodney Peterman died after Aaron Fulk, 48, hit him numerous times in the back of the head with a large metal rod in an unprovoked attack on August 2.

The Daily Mail reports that Fulk, who can be seen smiling in his mugshot, committed the attack after having been released from jail only eight days before by Pierce County Superior Court Judge Philip Thornton. At the time, Thornton released Fulk without bond and asked him "not to commit any more crimes."

According to local news, eight days before Fulk attacked Peterman, he was arrested in Tacoma, Washington for threatening to kill a security officer at a Pierce Transit stop. Pierce County prosecutors asked Judge Thornton for $10,000 bail but the request was denied, and Funk was released from the county jail.

Fulk has a long rap sheet in the nearby state of Idaho and his crimes include assault, attempted assault, aggravated battery, and disorderly conduct.

Fulk attacked Peterman, whom he did not know, in the middle of the afternoon. The incident took place at the intersection of  3rd Avenue and Pike Street, "an area in downtown notorious for violence and drugs."

During the sneak attack Fulk fractured Peterman's skull and bashed him after he was unconscious and on the ground. Peterman died on August 6 at a Seattle hospital.

Loren Page served as a Good Samaritan and intervened during the attack and tried to save Peterman.

"No one deserves to be brutally beat like that," he said as he cried. "I apologize for not being there, one more club strike earlier. It’s unacceptable. It should not happen in any city. We should do something about it."

Fulk has been charged with first-degree murder and is being held at a King County jail on a $2.5 million bond. Prosecutors had to argue with the judge that Funk was a danger to the community as the judge wanted to offer him a lighter bond.

He pleaded not guilty.

According to police, Fulk said it was his intention to kill Peterman. "If I have to go to jail for it, I will,'' Fulk said, along with "I'm gonna kill him a million times over."

Since the BLM riots of 2020, Seattle has seen both a pronounced uptick in violent crime and a diminished police force.