Seattle officials intentionally 'purged' thousands of texts about 2020 'autonomous zone' despite order not to: federal judge

“Officials at the highest levels of city government completely disregarded these holds and deleted thousands of relevant text messages.” 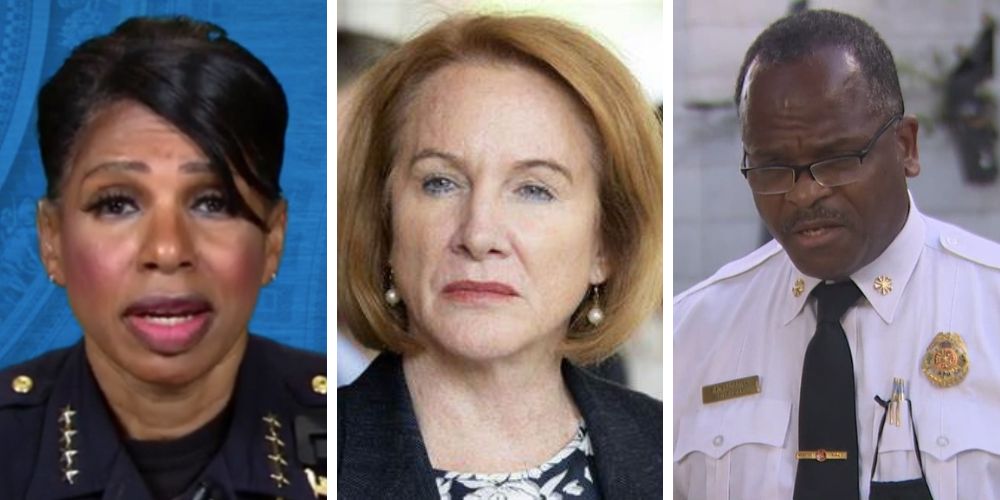 Ari Hoffman Seattle WA
Jan 23, 2023 minute read
ADVERTISEMENT
ADVERTISEMENT
The city of Seattle has been hit with sanctions by a federal judge for deleting thousands of text messages between officials, including the former mayor, police chief, and fire chief during the deadly three-week-long Capitol Hill Occupied Protest, also known as the Capitol Hill Autonomous Zone, or what was termed the CHAZ or CHOP.

US District Judge Thomas Zilly sent the Hunters Capital lawsuit, on behalf of over a dozen businesses that were in the Capitol Hill area that was taken over by protestors and essentially abandoned by the city, to trial for two of five claims, but dismissed three others.

The businesses, led by Seattle developer Hunters Capital, sued for damages on June 24, 2020, claiming the zone cost them almost $3 million in lost business. Their attorneys sent a series of letters demanding that city officials preserve any evidence pertaining to city officials' alleged support of the zone’s creation, according to the court documents.

Zilly ruled that the charge that the city “directly participated” in creating CHAZ through its decision to provide barriers, portable toilets, hand-washing stations, dumpsters, and other accommodations during the June 8 to July 1, 2020, armed occupation, can go to trial.

He also ruled that a jury should decide whether the actions of city officials amounted to a “right-of-access taking” by allowing the rioters to disrupt access to local businesses.

Zilly dismissed the plantiffs' claims that there was an alleged violation of due process rights by the city, negligence, and illegal taking of property and civil rights.

The judge also ordered the city to pay attorneys’ fees for plaintiffs that demonstrated that city officials destroyed significant evidence regarding their decisions during the armed occupation of 6 blocks of the city by BLM and Antifa rioters, including their decision to abandon the Seattle Police Department’s East Precinct that led to the creation of the zone.

The destruction of the evidence was intentional and officials worked for months to hide the evidence, which included deleting texts, according to the judge. He wrote, “The Court finds substantial circumstantial evidence that the city acted with the requisite intent necessary to impose a severe sanction and that the city’s conduct exceeds gross negligence.”

The judge added that when the case goes to trial he will impose a “severe sanction” on the city and instruct the jury to presume the text messages were detrimental to the city’s case and that there is plenty of circumstantial evidence they were deleted intentionally.

He concluded, “As a result, substantial evidence has been destroyed by the city and is unavailable to plaintiffs to support their position in this litigation.”

The judge noted that the attorney for the plaintiffs sent multiple letters to the mayor’s office and other officials about the lawsuit, which was filed June 24, 2020, but the city did not issue an order instructing officials to preserve evidence until July 22.

Durkan previously claimed that she dropped her phone in water, that “someone” set her new phone to delete messages older than 30 days, and that she accidentally changed the phone’s deletion settings.

Zilly stated in the order that he found the former mayor’s “various reasons for deleting her text messages strain credibility.”

The order notes that Best’s phone was also set to delete text messages after 30 days and that the former chief deleted more than 27,000 of those text messages by hand.

Zilly wrote, “Although the city issued a significant number of litigation holds” that required the preservation of all evidence pertaining to the lawsuits that had been filed months earlier, “Officials at the highest levels of city government completely disregarded these holds and deleted thousands of relevant text messages.”

He stated in the order, “Instead, Mayor Durkan, Chief Best, Chief Scoggins, and other key city officials purged (through factory resets, changed retention settings, or manual deletions) thousands of CHOP-related text messages from their phones after they were under a clear legal obligation to preserve such information and without confirming that all of their text messages had been preserved through other means.”

Texts recovered by The Post Millennial showed those officials coordinating with the so-called "warlord" of the autonomous zone.

A previous lawsuit filed by the Seattle Times over the missing texts was settled for $200,000 and a pledge by city officials to improve Seattle’s public records process.
ADVERTISEMENT
ADVERTISEMENT
durkanbestscoggins