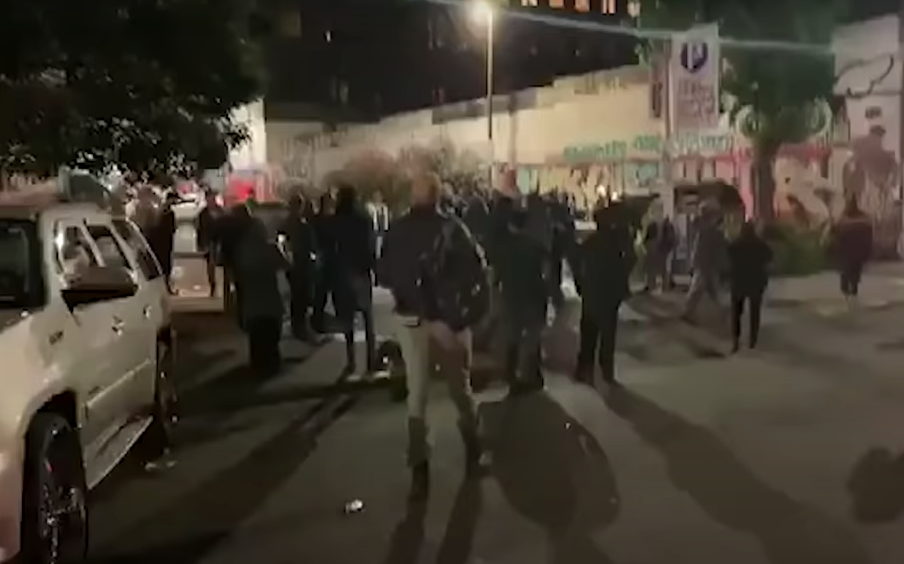 In addition to officers’ body worn camera footage, other open-source videos have been compiled by Seattle police as the homicide investigation continues.

"Officers attempted to locate a shooting victim but were met by a violent crowd that prevented officers safe access to the victims," a police statement read.

The video confirms the statement as police tell the crowd that they are "only trying to get to the victim" but are met with violence and profanity.

A 19-year-old male has died from his injuries. The other shooting victim—also a male—is still in the hospital, suffering from life-threatening injuries. The victims were rushed to hospital before the police could make it to the scene.

Seattle police say, "Officers responded to Harborview and were informed that one of the victims, a 19-year-old male, had died from injuries. The other victim, also a male, unknown age, remains in the hospital with life-threatening injuries."

Seattle mayor Jenny Durkan likened the armed occupation to a "block party," and when asked how long  she thought the area could look the way it does she responded by saying, "We could have a summer of love."

There have been numerous thefts, assaults and other crimes since Durkan's "summer of love" comment.

The suspect or suspects are still at large. Police are asking anyone who may have information on the shootings to contact Seattle Police Department’s Violent Crime tip line at (206) 233-5000.