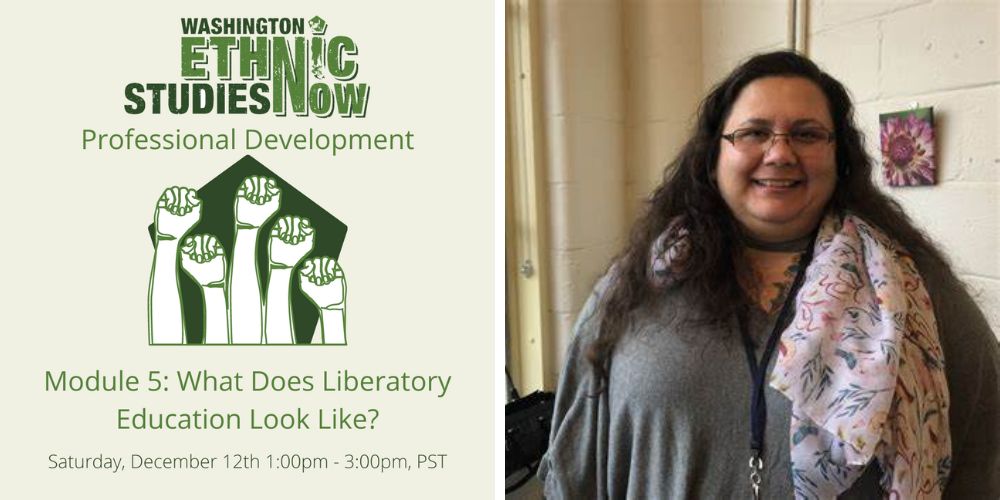 Washington state teachers have been offered professional development through an organization that proudly proclaims that they are teaching critical race theory.

An organization operated by Tracy Castro-Gill, formerly the director of ethnic studies at Seattle Public Schools (SPS) who replaced math with courses on "power and oppression," has been approved by the Office of Public Instruction of Washington (OSPI) to provide professional development for teachers in the state.

"Upon completion of this series, educators will be able to: begin to contextualize anti-Blackness, race, anti-Black bias, racism, and all forms of oppression at all levels (personally-mediated, institutional, and internal); 2. identify pedagogical practices that perpetuate oppression and transform their praxis into liberatory practice that is culturally sustaining and humanizing; and identify and create culturally relevant and sustaining curricula and instructional practices that directly confront oppression and coloniality."

The website states that "WAESN is now an OSPI approved clock hour provider," meaning educators can fulfill their professional development through the organization.

The curriculum includes nine "modules" in the series including, Historicizing Race & Contextualizing Anti-Blackness, Pulling the Weeds; Rooting out Whiteness in the Classroom, Dispelling Myths of Multiculturalism, "Isms" Exploring Oppression and Intersectionality, What Does Liberatory Education Look Like? Ontological Distance; The Educator’s Answer to Opportunity Gaps, Critical Race Theory; Levels of Oppression, Culturally Sustaining (and Disruptive) Pedagogies and Ethnic Studies Frameworks and Content.

The modules include material on "comparing primary source documents during the European Enlightenment with modern media portrayals of Black people to create a timeline of race and anti-Blackness."

Additionally, "Before transforming pedagogy, educators must take an inventory of their current practices and pull the weeds that are preventing them from implementing a culturally sustaining praxis."

"Ethnic studies scholars" such as Dr. Duncan-Andrade and Dr. Grisel Acosta are cited in the curriculum as well as "Dr. Kimberlé Crenshaw to remind us intersectionality is about intersecting oppressions, and not everyone has them."

An entire module is devoted to challenging "the claim that ethnic studies is 'radical' by comparing the traditional to the revolutionary. We also consider the impact of the white gaze on liberatory education," it reads.

Castro-Gill also claims in the curriculum that "Education doesn’t meet the needs of BIPOC students. To fix this, we must turn inward, not outward. The ontological distance is a framework created by Dr. Dominguez. We use it to identify where we are in our praxis, where we want to be, and how to get there."

This is followed by a module devoted to "Following the lead of Dr. Ladson-Billings and Dr. San Pedro, we interrogate contemporary applications of culturally responsive teaching and examine our own praxis for what Dr. Ladson-Billings calls the ‘Three Corruptions of CRP.’ We then examine our praxis to understand how we intentionally disrupt and confront whiteness."

WESN states on their website that their vision is to have their version of "Ethnic Studies in every classroom of WA State taught by anti-racist educators committed to centering the history and lived experiences of people of Color," for grades K-12.

They plan to enact this by:

The organization also proudly displays its list of "demands that we will push at a State level through all channels, including the State Legislature, OSPI, and WEA (Washington Education Association teachers’ union)."

The group appears to be following through on their first demand of "Annual Racial Equity Literacy Training for all K-12 teachers and in all pre-service teacher preparation programs.

According to their justification for the demand WESN states, "White parents don’t often recognize or don’t seem to care that their child is being socialized to be racist, because we live in a racist society. Multiple studies have shown that all children begin to internalize racist structures and beliefs as toddlers."