Tracy Castro-Gill, who previously served as Seattle Public Schools' Ethnic Studies Program Manager, has been revealed to to have lied about her upbringing, married a child molester, and potentially pressured her child into becoming gender-nonbinary. 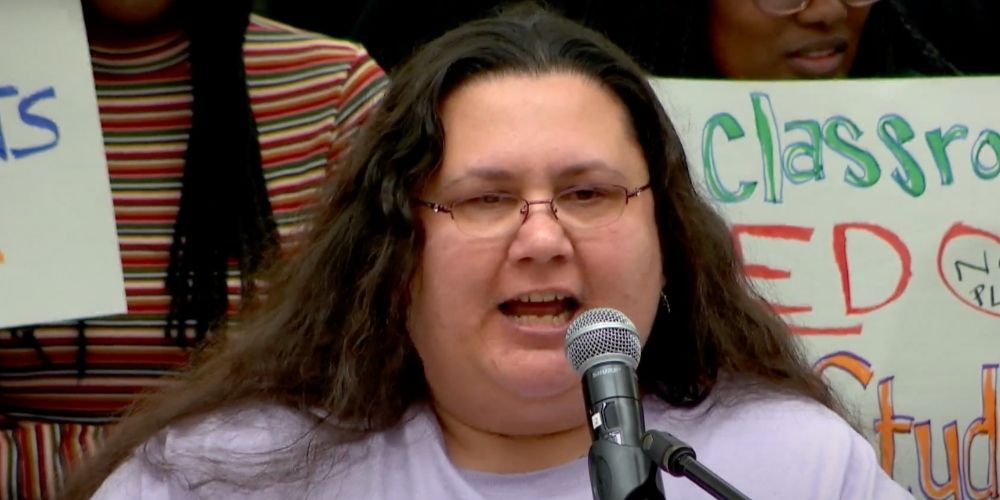 Tracy Castro-Gill, who previously served as Seattle Public Schools' Ethnic Studies Program Manager, has been revealed to to have lied about her upbringing, married a child molester, and potentially pressured her child into becoming gender-nonbinary.

According to The Daily Wire, Castro-Gill reportedly met a child molester named Brian Gill while playing the computer game Second Life, where users create personas and interact with others online. It was on that game that Castro-Gill formed a relationship with Gill, serving as the "submissive" to Brian’s "dominant" in online sex games.

Gill was released from Washington state prison in 1997, after reportedly serving time for repeatedly abusing his eight-year-old cousin.

Castro-Gill, who was married at the time, was reportedly found on the computer early in the morning by her husband typing to Gill: "You're the only man that ever earned my respect." Not long after, Castro-Gill left for a trip to Vegas allegedly with a girlfriend. When it was discovered by her now ex-husband that she was not on the trip with said friend, he filed for divorce. Castro-Gill and Gill eventually got married.

Castro-Gill attempted to take their then four-year-old daughter and move to Seattle to live with Gill, but a judge barred the girl’s move and ordered that the minor have no contact with the sex offender. Castro-Gill moved, leaving the girl behind.

In new tellings of her upbringing, Castro-Gill said she grew up in poverty, to a hispanic father who betrayed his identity by being what she called a "US nationalist."

"To avoid 'assimilation' and show that she was authentically Hispanic, her new history went, Castro-Gill joined a gang and began using drugs," The Daily Wire wrote.

"He and his wife, Rita, had provided for Tracy a conventional, stable middle-class upbringing. Rick eventually earned a six-figure income, and Rita was a stay-at-home mom. Her school placed her in honors classes, but she withdrew," The Daily Wire reported.

"Everything since [Tracy] moved to Seattle has been one big lie," Castro said. "It hurts to be the subject of a complete fabrication... She never said a word about any of this racial stuff back then... Her best friend was a bipolar schizophrenic. I don’t know if it rubbed off, or we missed something raising her."

"My mom was white... my dad was born here in Long Beach," Rick said. "You’ve seen pictures of her, she’s basically white. How are they racist against you? She can’t speak Spanish. She’s got a last name of Gill... Remember Rachel Dolezal, that lady a few years ago who pretended to be black? That’s exactly what this is," he said.

In 2014, when Castro-Gill's daughter was nine, she went to court one again to seek custody, winning this time.

"By seventh grade, she was pushing literature about transgenderism on her daughter, who had been diagnosed to have a 'serious emotional disturbance' and 'extremely low' social skills. Her daughter decided she was 'nonbinary' and, according to Castro-Gill, began dating a transgender person," The Daily Wire reported.

"Her daughter is white with blue eyes, so what are you gonna say? 'She’s not black or Mexican, but she’s gay!'" he said.

"I don’t care what you are, I love you with all my heart, as long as you’re happy. I’ve said don’t live your life to please me, or your mother . . . just be you and be happy. There’s nothing wrong with just being you," Ron recalled telling his daughter.

"Rick, Castro-Gill’s father, said his sister is gay and he gladly accepts it, but 'my granddaughter is not transgender, it’s wishful thinking on the part of Tracy,'" The Daily Wire reported.