"Nothing to see here. Just a Seattle public school curriculum suggesting that mathematics is 'oppressive' and that we advance a collectivist vision." 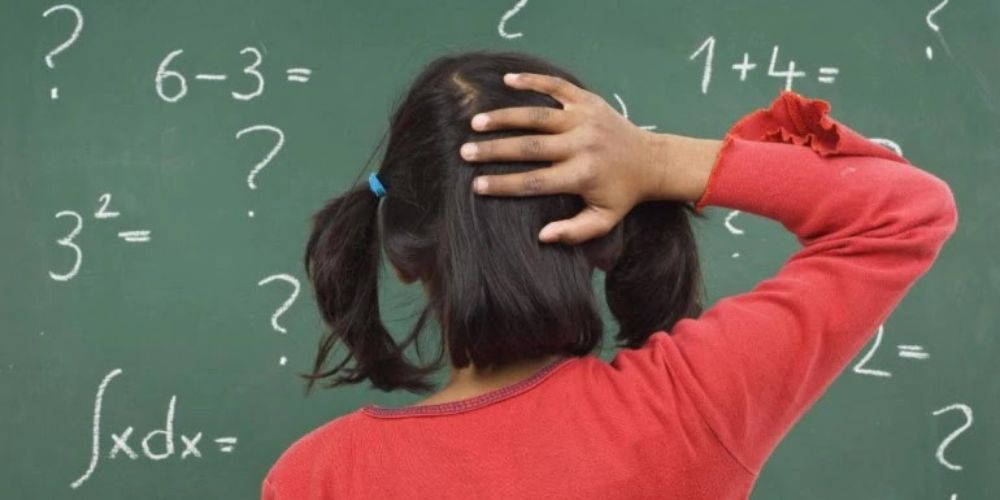 Seattle schools have been teaching its students a form of "Math Ethnic Studies," where students in kindergarten through 12th grade are taught basic mathematics through the lens of oppression and white supremacy.

On Tuesday, Chalkboard Review Editor-in-Chief Daniel Buck took note of this education program in Seattle Public Schools, writing, "Nothing to see here. Just a Seattle public school curriculum suggesting that mathematics is 'oppressive' and that we advance a collectivist vision."

Included was a photo from a document titled "K-12 Math Ethnic Studies Framework."

Framework guidelines for the city’s schools, released in 2019, splits this so-called Math Ethnics Studies into four themes: origins, Identity, and Agency; Power and Oppression; History of Resistance and Liberation; Reflection and Action.

"Origins, Identity, and Agency" is defined as "the ways in which we view ourselves as mathematicians and members of broader mathematical communities. Mathematical theory and application is rooted in the ancient histories of people and empires of color. All human endeavors include mathematical thinking; from humanities to the arts to the sciences."

Under this theme, students will be able to identify ancient mathematicians and their contributions, "create a timeline of math history," be able to express mathematics in various forms, and extract mathematical concepts from stories and problems not traditionally seen as mathematics.

Students should be able to answer the questions of "How does it feel to be a Mathematician," "How important is it to be Right? What is Right? Says Who," and "How do we derive mathematical truth," amongst other questions.

"Power and Oppression" is defined as "the ways in which individuals and groups define mathematical knowledge so as to see “Western” mathematics as the only legitimate expression of mathematical identity and intelligence. This definition of legitimacy is then used to disenfranchise people and communities of color. This erases the historical contributions of people and communities of color."

Students should be able to answer questions that include: "Who holds power in a mathematical classroom," How is math manipulated to allow inequality and oppression to persist," and "Where is there an opportunity to examine systemic oppression?"

The theme of "History of Resistance and Liberation" is defined as "the stories, places, and people who helped liberate people and communities of color using math, engineering, and technology. Access to mathematical knowledge itself is an act of liberation."

Students should be able to demonstrate that they "know and appreciate the contributions of their individual communities towards the development of institutions in the advancement of mathematics," can "identify economic movements that have led to liberation," and be able to see the benefits of increased graduation rates for communities of color.

Key questions students should be able to answer that include, "How has math been used to resist and liberate people and communities of color from oppression," Can you suggest resolutions to oppressive mathematical practices," and How can we change mathematics from individualistic to collectivist thinking?"

The final theme, "Reflection and Action," is defined as "fostering a sense of advocacy, empowerment, and action in the students that creates internal motivation to engage in and contribute to their identities as mathematicians. Students will be confident in their ability to construct & decode mathematical knowledge, truth, and beauty so they can contribute to their experiences and the experiences of people in their community."

Students should be able to "value the potential that math can have on their freedom," redefine mathematical learning through cooperative learning, engagement, advocacy, and action," and "identify and teach others about mathematicians of color in their various communities: schools, neighborhoods, places of worship, business, etc."

Students should be able to answer, amongst other questions, "Why is mathematical literacy important, "Can you advocate against oppressive mathematical practices," and "How can math be used to analyze and interpret life?"

In the wake of this 2019 framework though, students' test scores have been plummeting.

Marking the first release of state testing results since the pandemic, the number of Washington students across the state meeting math standards fell nearly 20 percent, from 50 percent in 2019 to 33 percent when the test was taken in 2021, according to the Seattle Times.

In March of last year, the Washington State Board of Education voted unanimously to adopt a resolution establishing ethnic studies as a graduation requirement statewide.

This came after the state lawmakers passed legislation in 2019 requiring the state’s education officials to develop ethnic studies materials, and encourage their districts to use them in grades seven through 12, according to the Seattle Times. In 2020, the law was extended to cover all grades, kindergarten through 12th grade.

"All students benefit from Ethnic Studies. It is important for all students to understand the impact when systems of power, in any form, marginalize any community," a document from the committee reads. "When we elevate and recognize the histories and identities of marginalized groups, we create powerful opportunities for students to see their stories as part of the fabric of United States history. In doing so, we empower students to engage in civic action to improve our nation for all citizens."

Buck noted in his Twitter thread though that this type of learning isn’t isolated to Seattle, or even Washington state.

He posted a photo from a National Council of Teachers of Mathematics book on teaching math for social justice nationwide.

"An important aspect of our responsibility as educators is to help empower our students to be agents of change in their communities, states, nations, and world," a highlighted portion of the text reads.

The book states that they "would like to go further" than "stating the importance of connection mathematics teaching and learning to teachers’ and students’ lived experiences and interest," with the book arguing four "critical" reasons to do so.

One of these reasons is that the teaching helps students learn to use "mathematics as a tool for social change.

"It’s all part of the broader “critical pedagogy.” Education is no longer about academic training but social change," Buck concluded. "Everything — from math classes to SEL — becomes a part of the larger progressive project."

Bill Gates has even taken a liking to this approach of teaching mathematics, with the Bill and Melinda Gates Foundation donating money to A Pathway to Equitable Math Instruction, a toolkit developed by a team of teachers, instructional coaches, researchers, professional development providers, and curriculum writers with a focus on developing an "anti-racist math practice."

As the Washington Free Beacon reported in 2021, the Gates Foundation has donated upwards of $140 million to some of the groups behind Pathway in the last decade.

These organizations associated with Pathway are all pushing for critical race theory teachings to be brought into schools, and are listed on Pathway’s acknowledgements section on their website.

Pathways list 5 strides "on the Path to Math Equity," which includes the first stride of "dismantling racism in mathematics instruction," which asks teachers to think about how they are actively dismantling white supremacy in their math classrooms.