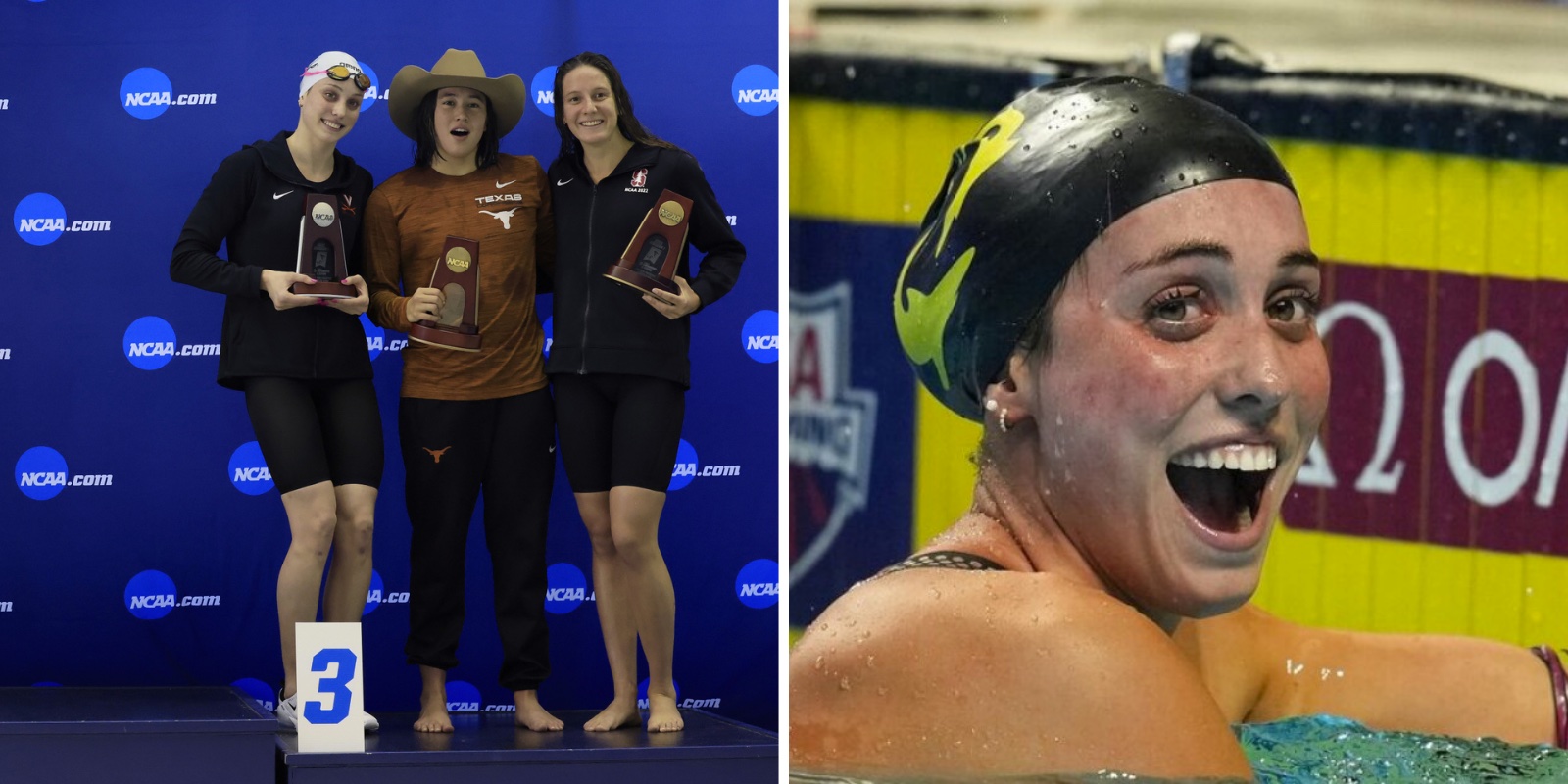 At a time where biological male athletes can compete against women, second place has quickly become the highest placing a woman competitor can hope for.

This was the case on Thursday, where transgender University of Pennsylvania swimmer Lia Thomas dominated the NCAA championship 500 meter freestyle, beating out University of Virginia swimmer Emma Weyant for the first place spot.

22-year-old Thomas came in first with a time of 4:33.24, while second place finisher and Olympic silver medalist Weyant swam a time of 4:34.99. Thomas has stated the intention of competing for the US women's Olympic swim team.

On the podium Thursday evening, the crowd notable cheered louder for Weyant, and when the officials moved on to hand Thomas her trophy, the crowd was more subdued, giving cheers mixed with boos and notes of disappointment.

Speaking with ESPN following the race, Thomas said in regards to the controversy and spotlight that has been placed on the UPenn swimmer: "I try to ignore it as much as a I can. I try to focus on my swimming, what I need to do to get ready for my races, and just try to block out everything else."

Weyant was regarded as the real winner of the race on social media, with Twitter users widely considering the biological female as the first place finisher of the women's swimming competition.

Thomas’ ability to compete against biological women in swimming has been strongly protested throughout the 2021-22 swimming season, with protestors coming to Georgia Tech, where the championships are being held, to speak out for female swimmers that have been beaten out by Thomas.

Thomas competed on the men’s team at UPennn until 2019. Earlier this year, USA Swimming, the national governing body for the sport of swimming in the United States, released new guidance that states an athlete must record low testosterone for 36 months before applying. Thomas was then only 32 months into taking the drug, calling into question whether Thomas would be able to compete in Atlanta.

The NCAA backtracked and stated that it would be unfair to implement these rules mid-season, and that the rule instead would take effect in the upcoming 2022-23 season, allowing Thomas to compete in the women's swimming championships.

One anonymous UPenn swimmer told Fox News that "Women's records are separate from men’s records. It’s its own distinct category because no woman is going to be as fast as a man, and here is just completely – we’re just throwing away the definition of a record to fit into someone else's agenda of what it should mean to them when in reality it makes no scientific sense to do so."

The swimmer spoke anonymously over fears of retribution, a fear that many other swimmers have held. Coaches reportedly told swimmers act the championship not to talk about Thomas, not even in the locker room.

"It’s still just disappointing to know that the NCAA lacks the courage to do the right thing," the swimmer said. "I think if Lia were to break an Olympian’s record, it would cause a lot of damage to the sport and to women, and I think it would cause more people to come out [against the guidelines], people that were afraid to speak before."

According to swim meet records, Thomas did not break any of the records previously set by biological women in the past, many of which, including the NCAA, US Open, and America records being held by 7-time Olympic gold medalist Katie Ledecky.

One Virginia Tech swimmer recounted how her teammate, a senior, was bumped out of the finals by Thomas.

"I have a teammate who did not make finals today because she was just bumped out of finals and it's heartbreaking to see someone who went through puberty as a male and has the body of a male be able to absolutely blow away the competition," she told Savanah Hernandez.

Thomas' ability to compete has even been protested by Caitlyn Jenner, who is transgender herself.

"I’ve said from the beginning, biological boys should not be playing in women’s sports," Jenner told Fox News in January. "We need to protect women’s sports."

"Obviously this is about Lia Thomas who has brought a lot of attention to this issue," Jenner said. "First of all, I respect her decision to live her life authentically. 100 percent. But, that also comes with responsibility and some integrity. I don’t know why she’s doing this. For two reasons: 1. It’s not good for the trans community. We have a lot of issues in the trans community that are very difficult and very challenging. We have a suicide rate that’s nine times higher than the general public."

"[Lia Thomas] is also not good for women’s sports," Jenner said. "It’s unfortunate that this is happening. I don’t know why she’s doing it. She knows when she’s swimming she’s beating the competition by two laps. She was born as a biological boy. She was raised as a biological boy. Her cardiovascular system is bigger. Her respiratory system is bigger."

"Her hands are bigger. She can swim faster. That’s a known. All of this is woke world that we’re living in right now is not working. I feel sorry for the other athletes that are out there, especially at Penn or anyone she’s competing against, because in the woke world you have to say, 'Oh my gosh, this is great.' No it’s not."