"My office stands ready to help the leaders of the Black Lives Matter organization emigrate to #Cuba." 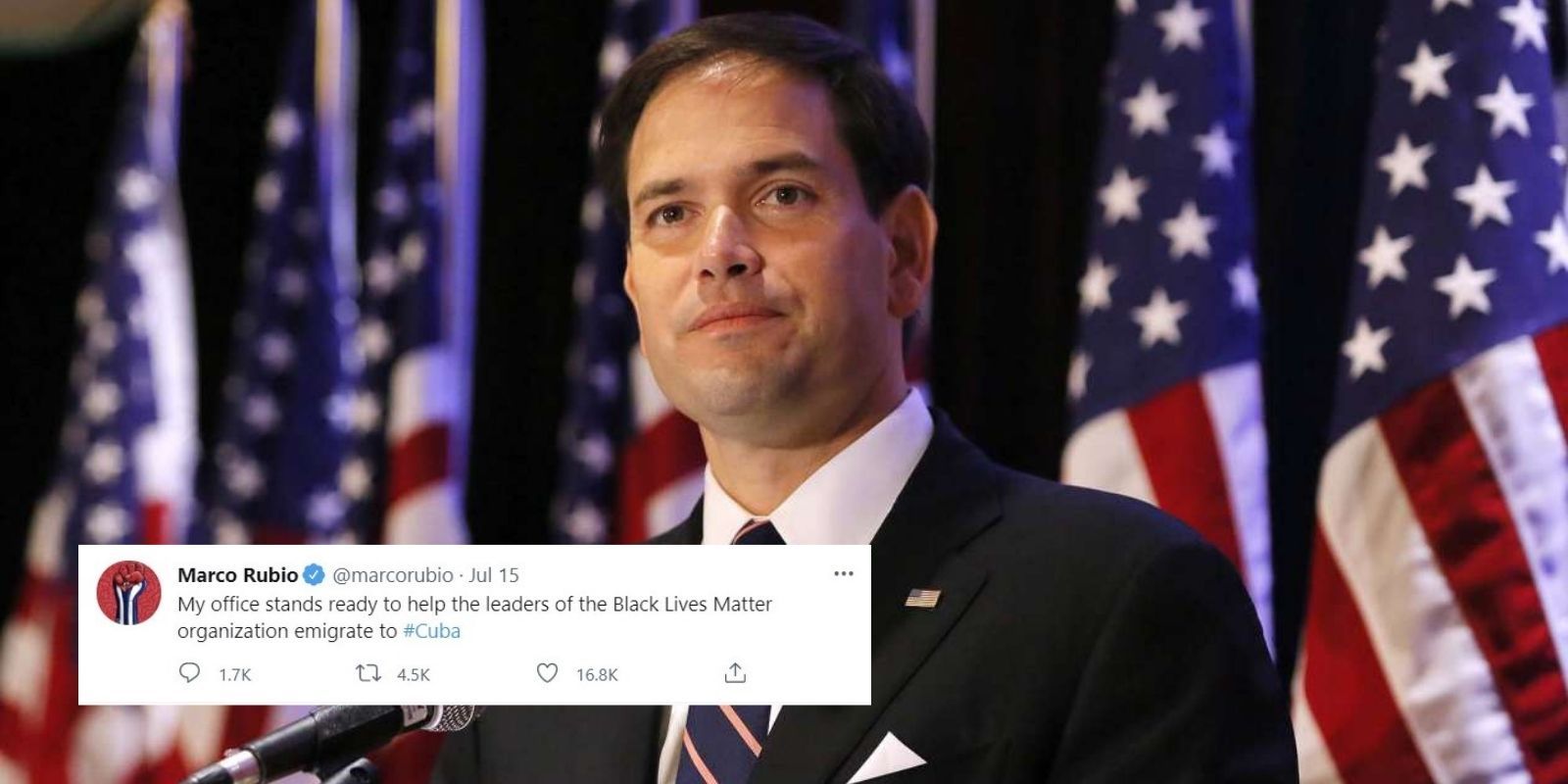 Sen. Marco Rubio (R-FL) had a lot to say on Twitter in the past several hours regarding the current oppressive situation in Cuba and Black Lives Matter leaders who support the island's totalitarian regime.

"My office stands ready to help the leaders of the Black Lives Matter organization emigrate to #Cuba," the GOP senator tweeted Thursday.

Just in case, Rubio also retweeted the same statement nine minutes later in Spanish, to make sure everybody got the message:

The tweets were a follow-up to a previous tweet, which also slammed the self-identified "Marxist" organization, pointing out what Rubio alleges is its hypocrisy.

"The extortionist ring known as the Black Lives Matter organization took a break today from shaking down corporations for millions & buying themselves mansions to share their support for the Communist regime in #Cuba," Rubio stated.

Rubio also took Secretary of State Anthony Blinken to task: "@SecBlinken instead of asking the @UN to come here & tell us how 'racist' America is, why don't you ask them to go to #Cuba where an evil socialist regime storms into peoples homes,beats [sic] the crap out of them & then drags them away?"

The Republican lawmaker also tweeted shocking video of a bloody encounter when Cuban authorities burst into a private home:

Blinken in his tweet had stated: "Responsible nations must not shrink from scrutiny of their human rights record. Rather, they should be transparent with the intent to grow and do better. That is why I'm announcing a formal invitation for @UN Special Rapporteur on contemporary forms of racism to visit the US."