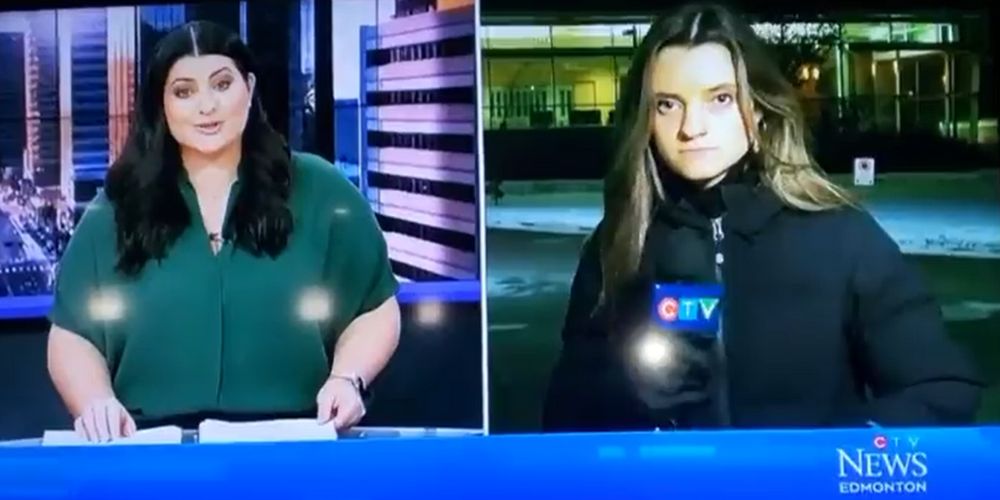 While reporting on location, Robb was in the middle of a conversation with the network's anchor Nahreman Issa when she began to slur her words and repeat herself.

She was interrupted by Issa who said, "Okay, we'll come back to you and we'll make sure that Jessica, you are doing okay."

Robb then appeared to stumble on camera before the video cut away and Nahreman added, "We will make sure that Jessica is okay and we will give you guys an update a little bit later to make sure that she is doing all right. She is not alone. She is with photog operators."

Shortly after, Robb posted on Twitter, "I won't bury the lede. I'm ok." She then thanked her cameraman and Issa "...for being an absolute pro (as usual)."

Robb has since protected her tweets as did Issa.

CTV Edmonton tweeted, "PROGRAMMING NOTE: Thanks to everyone who inquired about our reporter who became ill during the 6 p.m. News. Jessica Robb is feeling better and is now resting." The network turned off comments on the thread.