Horace Anderson who suffered a gunshot wound to the face, is the father of Lorenzo Anderson, who was killed in the Seattle autonomous zone last year. 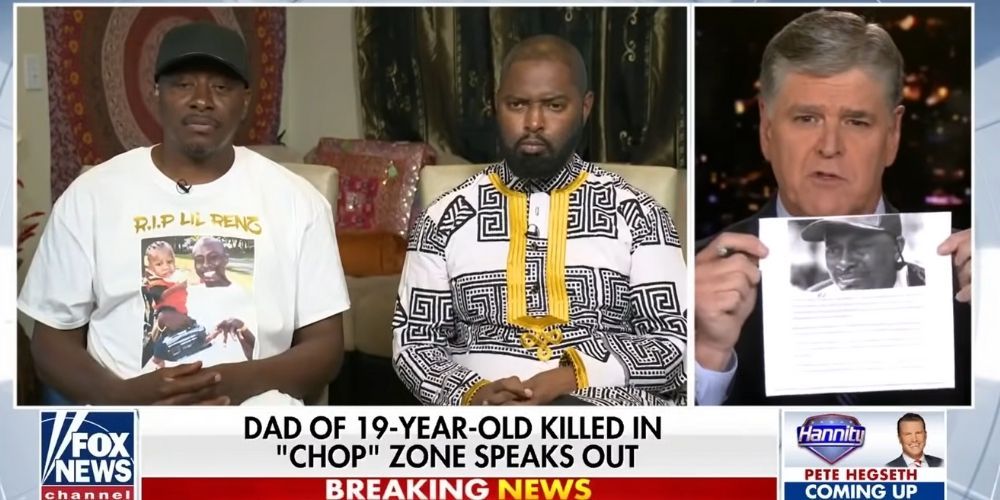 During a daylight shooting in near Seattle Friday, two people were killed and two others were wounded including Horace Anderson, 51, who suffered a gunshot wound to the face. Horace is the father of Lorenzo Anderson, who was killed in the Seattle autonomous zone last year.

The shooters sprayed bullets around 4PM at the 9800 block of 16th Ave. SW and SW Roxbury St. in the heart of Seattle's White Center neighborhood, shattering storefront windows and sending bystanders running in fear. Investigators said the shooting started outside the Taradise Café. Witnesses told investigators they saw men get into a white car that crashed into a building a block away from the cafe. Other witnesses repoted hearing over 100 shots fired.

Horace Anderson told KOMO News they were preparing a block party/vigil to commemorate the death of his son Lorenzo almost a year ago in the Capitol Hill Autonomous Zone (CHAZ). Horace has pending lawsuits against Seattle, King County and the State of Washington alleging that the governments are responsible for Lorenzo’s death by allowing CHAZ.

Horace told KOMO News on Saturday after being released from the hospital, "I got shot in the face (and) my jaw is broke so it’s hurting right now. I don’t even know who it was (but) I’m just glad to be alive. But they were shooting others."

Horace's brother, Juwan Anderson, remains at Harborview Medical Center in critical condition. Two other men, whose identities have not been disclosed were killed during the shooting.

Horrace told KIRO 7 that he and his family members were at the Taradise Café to pay their respects to the family of a friend who had passed away. "My cousin, he was in the car with me. My brother was in his own car. We were leaving and gunfire reacted, you know. Right now, my family has to (be) mourning again for my cousin now."

A person close to the family told The Post Millennial that a go-fund-me has been set up because Horrace cannot work work while recovering from his injuries and that an ally is trying to help his family move out of the area, fearing for their long-term safety.

The King County Sheriff's Office has not released any details about the suspects in the case or circumstances surrounding the shooting. There have been 16 homicides in King County so far in 2021, compared to 24 homicides in all of 2020.