Publisher Simon & Schuster decided to cancel the publication of Senator Josh Hawley's new book, "The Tyranny of Big Tech," due to his role in challenging the 2020 election results and allegedly inciting the actions taken by Trump supporters who stormed the Capitol building Wednesday. 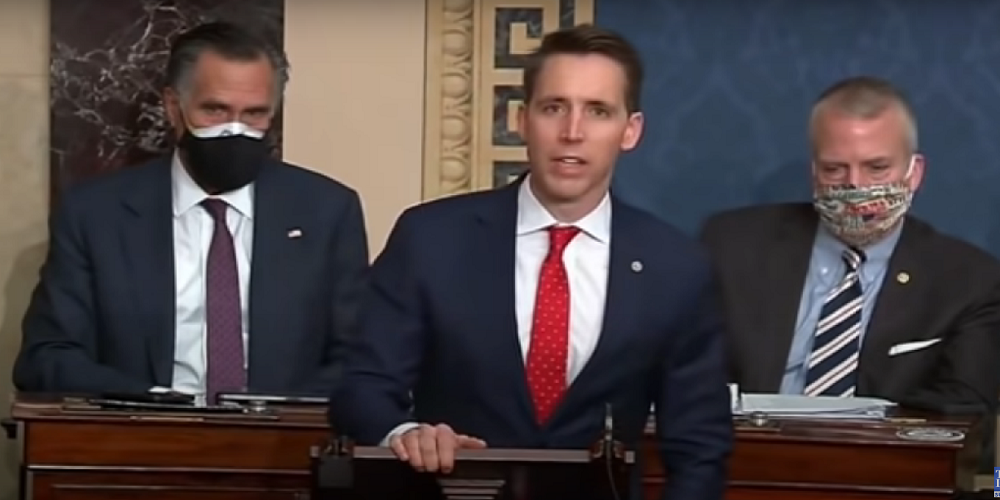 Publisher Simon & Schuster decided to cancel the publication of Senator Josh Hawley's new book, "The Tyranny of Big Tech," due to his role in challenging the 2020 election results and allegedly inciting the actions taken by Trump supporters who stormed the Capitol building Wednesday.

"We did not come to this decision lightly," Simon & Schuster said in a statement.

"As a publisher it will always be our mission to amplify a variety of voices and viewpoints: at the same time we take seriously our larger public responsibility as citizens, and cannot support Senator Hawley after his role in what became a dangerous threat," the publishing company continued.

Hawley responded to the publishing company in a statement on Twitter Thursday evening.

"This could not be more Orwellian. Simon & Schuster is canceling my contract because I was representing my constituents, leading a debate on the Senate floor on voter integrity, which they have now decided to redefine as sedition," his statement reads.

"Let me be clear, this is not just a contract dispute. It's a direct assaults on the First Amendment. Only approved speech can now be published. This is the Left looking to cancel everyone they don't approve of."

"I will fight this cancel culture with everything I have. We'll see you in court," he concluded.

Hawley's book was set to come out in June 2021, the New York Times reports. The book "The Tyranny of Big Tech" explores the socio-political power and abuse there-of from Big Tech companies and social media titans who control public discourse in the modern world.

"At a time when these platforms are determining elections, banning inconvenient political views, lining politicians’ pockets with hundreds of millions of dollars, and addicting our kids to screens, I want to draw attention to the robber barons of the modern era," Hawley said in a statement.

"This is the fight to recover America’s populist democracy. That is why I am writing this book," he continued.

Sen. Hawley posed an objection to the 2020 electoral votes in the senate Wednesday, while Pro-Trump protesters stormed the capitol building in protest of President Trump's electoral defeat. Many Democrats have placed blame for the violence on Wednesday on the coalition of Republicans who claimed there was election fraud and objected to certifying the votes.