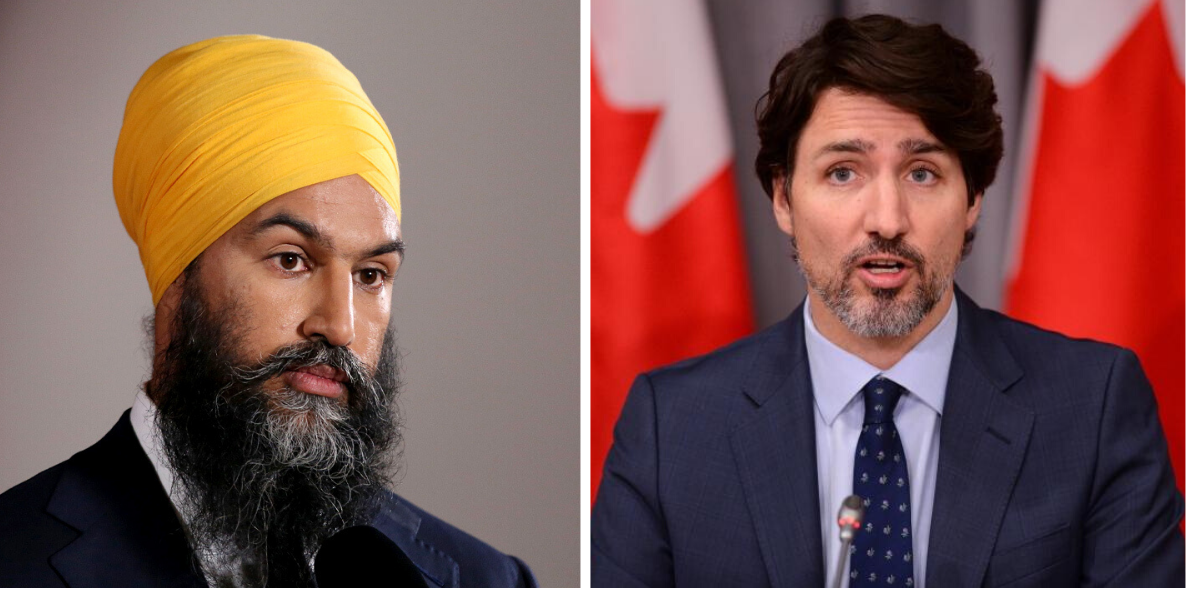 “He has done less to address police brutality and violence than even Trump has done. And  that is shameful,” said Singh during a press conference on Parliament Hill on Wednesday.

Singh was highly critical of Trudeau's response to defunding the police and reviewing RCMP practices, citing that Trudeau had previously asked Canadians to judge him by actions following the 2019 scandal of the Prime Minister photographed in blackface, saying that if that is the metric from which Trudeau would like to be judged, he still has not done enough.

“This is a moment right now, this is a movement right now where we've seen people killed and brutalized by the police… and specifically, Indigenous people and racialized people. So in light of that… why is the prime minister, simply giving symbolic gestures and saying words instead of doing something concrete?” said Singh.

U.S. President Trump signed an executive order that would encourage better police practices in mid-June, following weeks of mass protests, Trump did not however mention the ongoing race relations in America at the time.

Following that order, Trudeau spoke on the issue of Canadian institutions being host to systemic racism, such as the RCMP which he said would be equipping with body cameras.

While Singh has said that Trump still has more to do in fixing the problem of police brutality, he said that Trudeau's actions are even less significant, particularly regarding the lack of policy change and legislation.

“Nothing in legislation, no changes to policy at all,” said Singh, calling Trudeau's lack of response “very troubling.”

Singh is asking that Trudeau act upon the unanimous calls of the NDP party's consent motion, which was struck down by one Bloc Quebecois MP and supported by the Liberal caucus. The motion was to have the RCMP budget reviewed and to have certain resources be reallocated to community agencies, as well as a review conducted to the RCMP's use of force and a commitment by the police to cease racial profiling.